A man, a girl and her new Loom & Leaf mattress 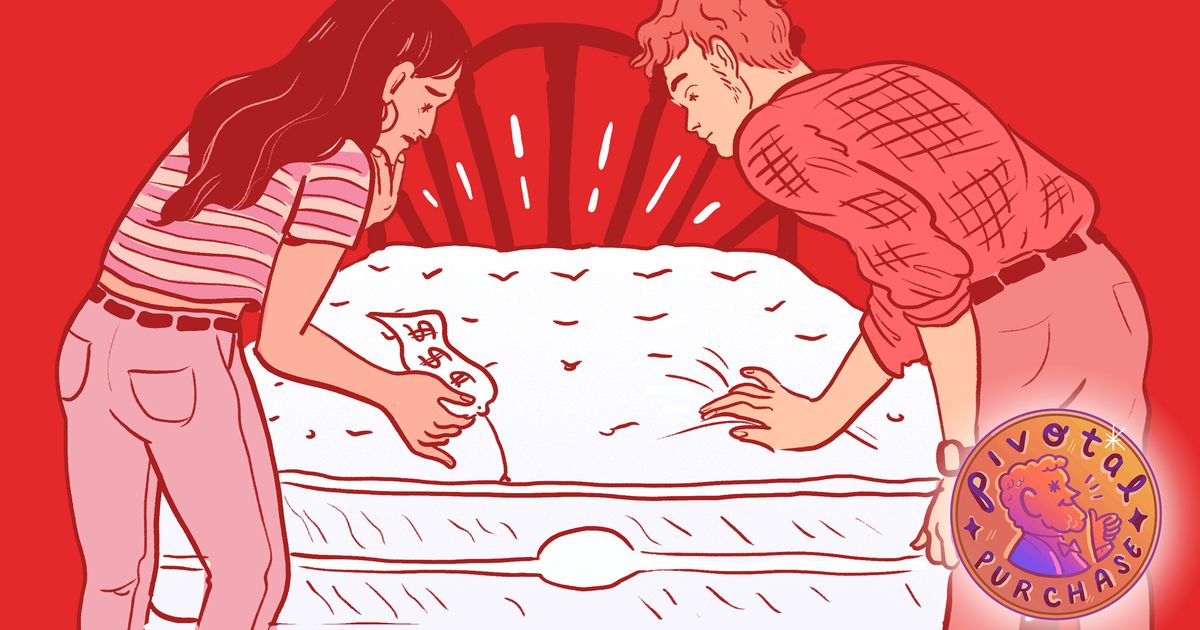 Pivotal Purchase is an ongoing series that highlights a turning point in shopping – what you bought, where you felt you were financially stable, that changed your perspective, and that you realized that you really, really, are finally grown up.

When I got my first job at college, my mother bought me a very practical housewarming gift for my first "adult" apartment: a high quality queen size mattress. I'm sure she did because she knew I could not afford to buy one on her own, but to me the bed was a signal: that I'd outgrown my years with two single beds and the dreaded one College extra went-long and was now an adult. Or at least a rudderless 22-year-old, who pretends to be one with all his might.

"We were worried together early in the morning that we were doomed to live in separate bedrooms." For the next 13 years, this mattress took me to six apartments, including one on Cape Cod Island, where I did my first newspaper job I rented when I left this island two years later for a gig in Boston "City" newspaper and the first apartment where I lived alone – one that I loved with fierce tenacity over the next nine years, both for the room I claimed for myself and for its features, like that Vine-covered windows in the bathroom and bookshelves built into small, odd corners and angles.

When my partner Jack and I moved into our first home together in last year, I said goodbye to this place. The mattress came with. Jack is tall (basically all legs) and lanky, something I love about him during the day, but this, as I've noticed, makes it hard to share a queen size bed once we've been together every night. He sleeps restlessly and wakes me, his sleeping partner, with every throw and every spin. And then there I am: the lifelong insomnia that went to her parents' bedroom at the age of four, proclaiming that she had forgotten how to fall asleep.

Over the months of living together, we were increasingly desperate for a good night's sleep – and in the early morning hours we worried together several times that we were doomed to live in separate bedrooms. [19659006] But one morning, Jack woke up and announced that he had found out the culprit of our nocturnal suffering: the mattress.

"That can not be!" I said as we lay drowsily next to each other after another restless night. To make that clear, he moved his body very slightly and I felt as if for the first time just how hopping the feathers really were, how his only small movement had produced a wave cascade.

"It is," I said, knowing what that meant: The days with my trusted mattress were numbered. This bed had accompanied me during the first 13 years of my adult life. It was a remnant of my past, and above all, of my only life, a time in which an "I" rather than a "we" took precedence. It connected me with my parents and the beginning of my career. But as Jack had shown so concretely, it was time to throw that relic to the side of the road – for both of us.

The first solution seemed obvious: we needed a new and bigger mattress. The second has googled a bit, so to speak "What to do if your partner does not stop spinning and turning and you suffer from chronic insomnia?". Surprisingly, there were answers to this: we needed a foam mattress for movement isolation and we had to buy a bedstead with slats to support it.

A few weeks after Jack realized the problem for the first time, we put the largest amount of money we had spent as a couple (without rent) into a new King Size Loom & Leaf mattress – a company for additional cost support in our quest for a bounce-free bed that is highly prized for motion isolation.

In the days before the purchase, I had considered how we could keep the old room: "It would be perfect for a future guest room!" , But when we got to the part of the order form that asked us if we wanted free mattress removal in the business, I nodded to Jack: Yes I thought, I'm ready .

I worried that after buying the bed I would be sad or nervous about how much we spent. But when we clicked on "Buy," all I felt was a sense of calm, constant excitement-to go confidently toward our common future, to build a life (and a bed) with a partner that met my needs and needs seriously consider my health and, quite frankly, the prospect of finally getting a good night's sleep.