A massive biometric injury is only a matter of time 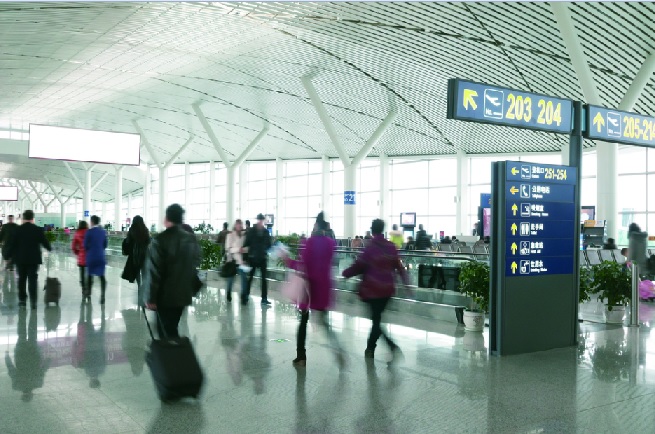 I signed up for CLEAR about two years ago when I flew from Seattle to Washington DC.

CLEAR is like "TSA PRE for VIPs". Basically, you pay $ 100 a year and at many airports – but not at all airports – you can jump the line TSA PRE. Also, you do not have to show ID if your biometric data is scanned into the system to prove the identity.

I had noticed in the years before that more and more people were receiving TSA PRE. The same applies to Global Entry. I alone probably registered 50 people for the first and maybe 20 for the latter. You save a lot of time. I would say CLEAR spares me an average of 10-20 minutes every other flight. Considering how much I flew earlier, it was worth it when I signed up.

When I use the CLEAR line, it takes an average of 1

-2 minutes to get to the X-ray screening area.

That has NEVER happened to me.

Nevertheless, other passengers made the same remark that the volume was unusually high.

I immediately came to the conclusion that CLEAR was experiencing tremendous growth and that ultimately we were also there. I would see an even cheaper, more exclusive service. We will effectively privatize airport security based on price points.

Then I got caught and found that it really can only be a single data point. A Monday morning rush hour for business people makes a lot of sense. Maybe this was an anomaly.

The reason CLEAR can handle people so much faster is that they, like Global Entry, use biometrics (retina and fingerprint) to identify people.

When I signed up for the service now, I admitted that I signed some privacy for convenience. A compromise that we increasingly make as a society.

I did it anyway.

However, when I saw the number of people making the same decision, I realized that the databases for both CLEAR and Global Entry were a biometric Equifax.

As you know, Equifax has been shortened and the personal and financial information of over 100 million Americans stolen. What effects this theft will have in the long run remains to be seen.

As these two biometric databases become increasingly popular, they become a major hacker target. There is no doubt that there is a black market for individualized biometric data.

Every security expert will tell you that a hack is not a question of "if" but just a question "when". If it has not already happened, both databases will be compromised. Similarly, the consequences will be unknown and far-reaching.

For such a critical element as individual biometric identity, a central compromise-prone system should be a non-starter. Ultimately, decentralized blockchain systems such as Everest will prevail, as they uniquely address Identity's two largest components: authentication and authorization. (Everest does not have an airport offering like CLEAR, but its technology – and the technology of similar blockchain-based startups – looks at similar use cases.) Other actors in the room include Civic and uPort.)

Everyone understands "authentication. "Are you really who you claim you are? "

In this type of Control allows individuals to start building a new domain transaction history and ultimately a true "credit score." In Everest, for example, the transactions are executed through EverWallet and invariably written to the EverChain ledger, which is the source of the credit score

As governments and citizens increasingly engage with privacy issues, willingness to consider alternatives will increase, while Blockchain technology will be more relevant on security, robustness, adaptability to new threats and scalability continues to grow If so, this will allow solutions that are orders of magnitude superior and more effectively balance the need for biometric data as unique identifiers with the need for maximum security of these biometric data for the protection of individuals.

That's pretty clear to me.

Jeremy Epstein is CEO of Never Stop Marketing and author of the CMO primer for Blockchain World. He is currently working with start-ups in blockchain and decentralization, including OpenBazaar, Zcash, ARK, Gladius, Peer Mountain and DAOstack.