Android 11: Google’s Biggest Android Update Of 2020 Not To Roll Out In India – Latest News 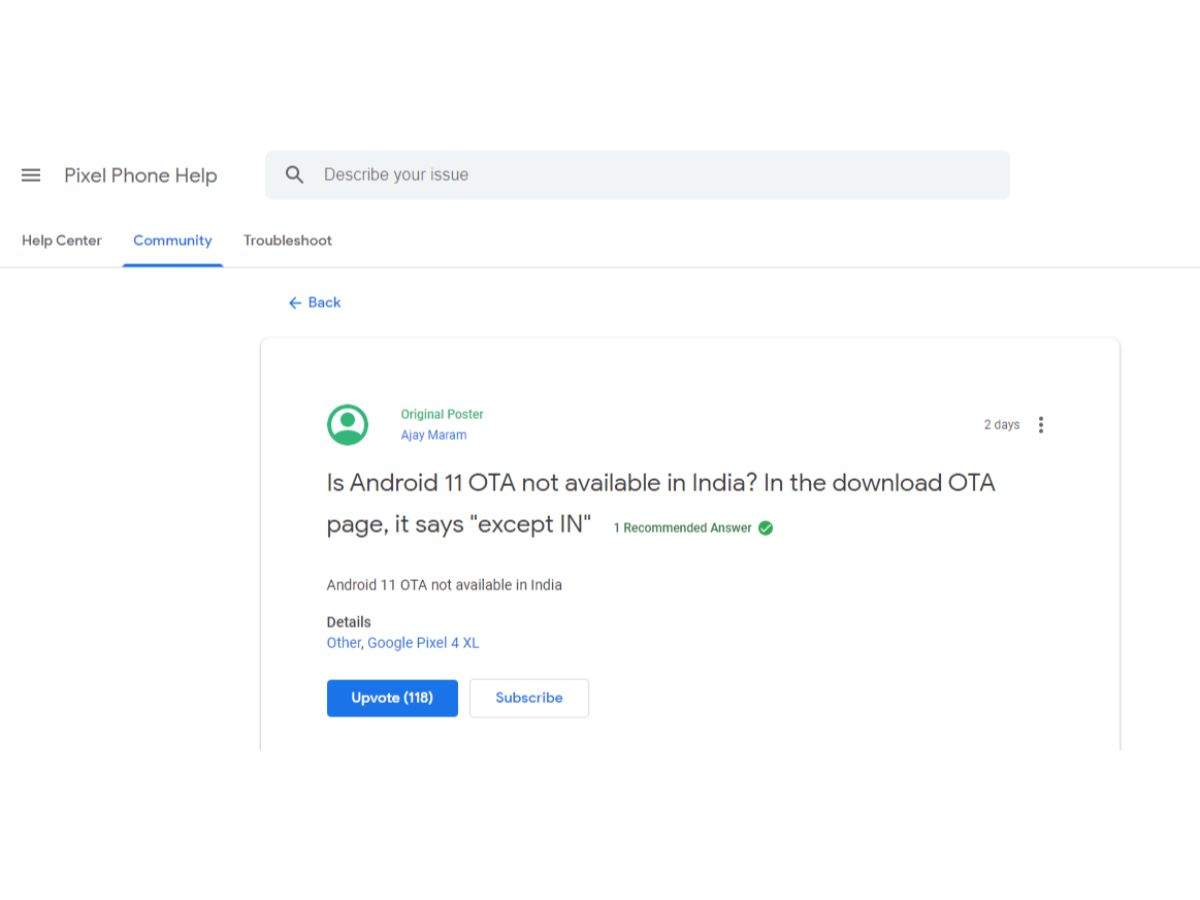 The latest version of Google’s Android 11 mobile operating system will not be rolled out on Pixel smartphones in India. According to a report in Android Central, the stable update for Android 11 is now available for all Pixels, but the OTA update (over the air) is not currently available in India.

According to the report, Google’s OTA image page includes download links for the stable Android 11 builds for all Pixels. The release notes suggest the build is available to all carriers except IN (India). The Android 11 build for the company’s latest smartphone, Pixel 4a, is not available for EMEA, Singapore and India, by the way, as the phone has yet to be launched in those markets. However, the OTA images for all other pixels state that the update is not available in India.

In a statement to Android Central, the Google spokesman confirmed that the company is working to bring an Android 1

1 update to Pixel users in India. “We are working to ensure the Android 11 update is compatible with the needs of the Indian ecosystem and we expect it to be rolled out next week,” the company said in a statement.

The miss doesn’t seem to have gone well with several Pixel smartphone users in India. Some of them complained on the Google support forum that they did not receive the update at the same time as users in the rest of the world. “No update for me, not even on my 3a XL … are we being deoriorized or what? It’s not that all Asian countries are left out, as the people of Sri Lanka got that on the first day … it is pretty daunting because the first day update is one of the few unique selling points of the Pixel series and Google can’t keep its own promise, “said a user named Abishek Roy.

“Yes, a similar situation with my device (P2XL) has not received an update. I believe Google is introducing it in geographical or freshness-based episodes of the Pixel device. It’s just a guess, pretty sure that Google can.” Manage the global rollout because honestly it’s Google. Anyway, I’m waiting to get my hands on the last OS update for my device 🙁 “wrote another user named Tejas Sreenivasan.

Phones eligible for the upgrade include the Google Pixel 2, Pixel 2 XL, Pixel 3, Pixel 3XL, Pixel 3a, and Pixel 3a XL.

These phones have received so far