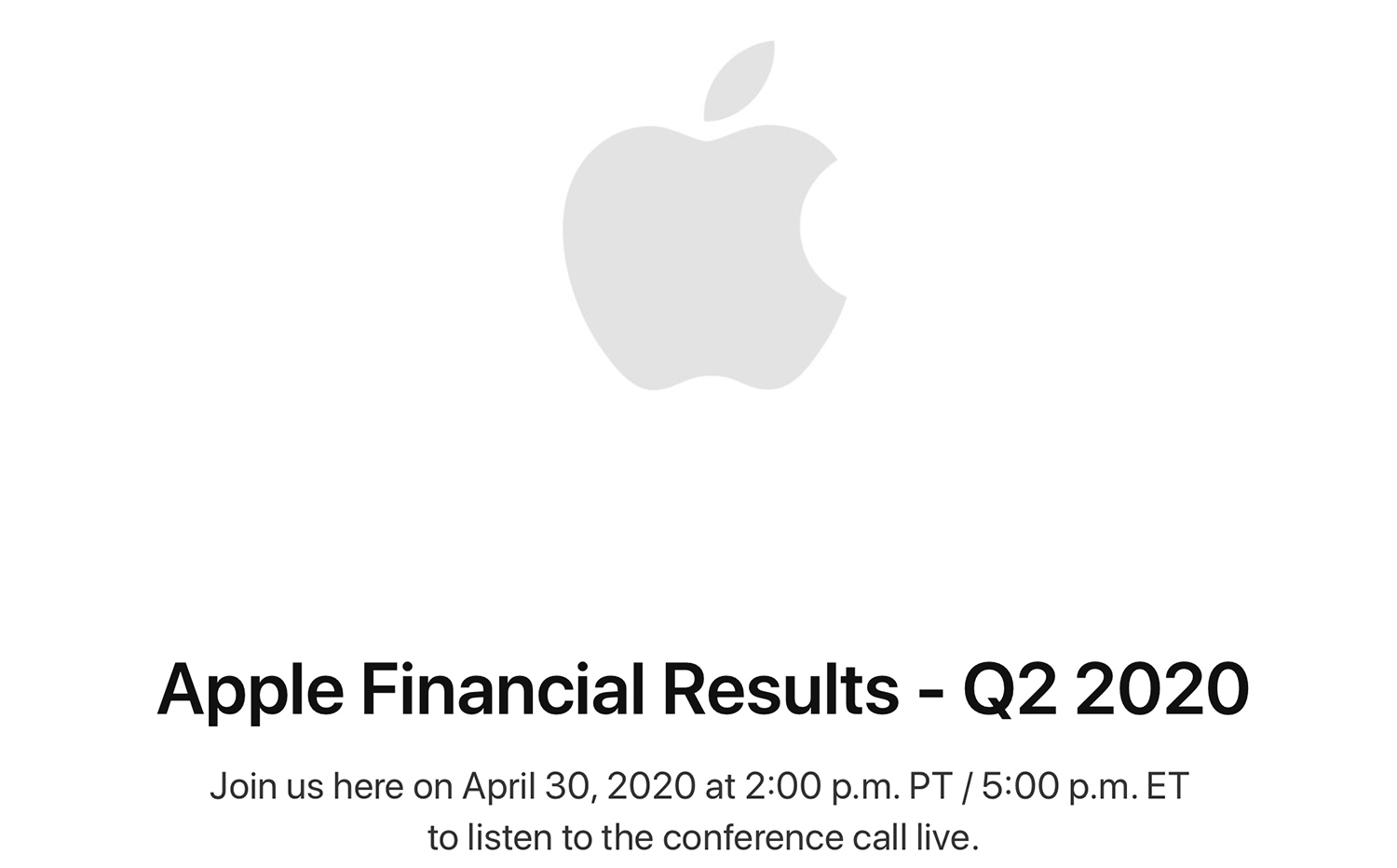 Apple today updated its website and announced that results for the second fiscal quarter (first calendar quarter) 2020 will be released on Thursday, April 30. 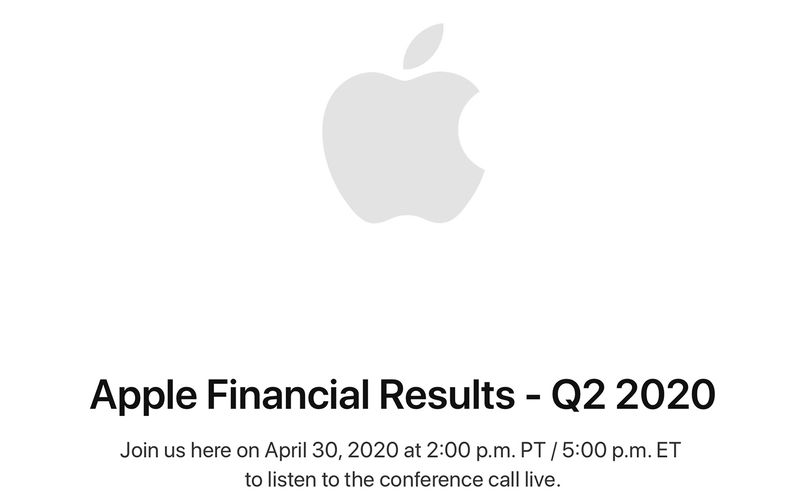 Apple's second quarter results give us a better picture of how product sales have declined due to the global pandemic. Apple's stores outside of China have been closed since March 14, and Apple's stores in China were closed for several weeks in February.

In February, Apple announced that it would not achieve its quarterly sales targets due to the outbreak. At that time, Apple cited Chinese closings and manufacturing problems, but the problem has worsened significantly since then. Apple originally expected sales of $ 63 billion to $ 67 billion in March, but that number is likely to be much lower.