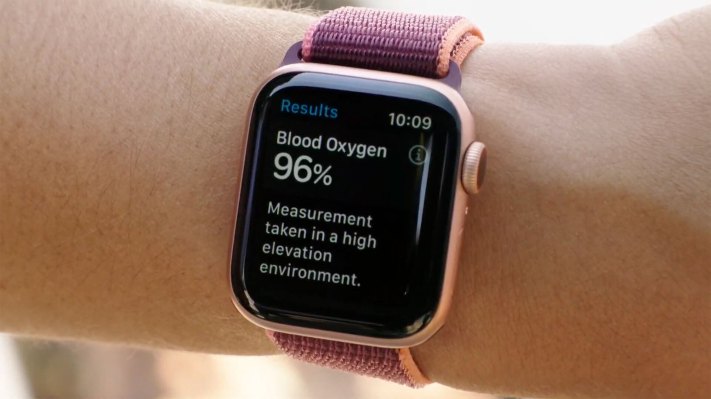 Apple introduces new hardware and new subscriptions, Spotify adds virtual event lists, and Opendoor is published through SPAC. This is your daily crisis for September 15, 2020.

Apple had a big hardware event today. And while you should read our full roundup, if you want to see all of the announcements, I’ll do my best to cover the big ones in a few paragraphs.

First off: The new Apple Watch Series 6 priced at $ 399 with Apple’s S6 silicon chip and a blood oxygen sensor. The company is also adding a cheaper Apple Watch SE to its watch range, which will cost $ 279.

7;s also a new iPad Air with Touch ID in the power button, the previously rumored Apple One subscription bundle (from $ 14.99 per month), a new fitness subscription, and a launch date for iOS 14 on September 16 – with others Words: tomorrow!

Spotify Adds Virtual Event Lists to Its App – TechCrunch previously detailed Spotify’s plans in this area, but today the company made the news official.

Twitter Debuts At U.S. Election Center To Help People Vote In 2020 – This tab will serve as the central source for handpicked election news in English and Spanish from Twitter, discussing live streams, country-specific resources, and candidate information.

Waze is getting smarter with travel suggestions, lane guidance, traffic notifications, and more. Among the changes, Waze will receive personalized recommendations based on a user’s travel history.

Public Offering Disclosure through Chamath Palihapitiya SPAC – The transaction comes during a wave of market interest in special purpose vehicles, or SPACs, often referred to as blank check firms.

Kleiner prints gold with Desktop Metal and makes about 10x the return. Yes, the startup’s technology is designed to “print metal”.

The Chainsmokers just closed their debut venture fund Mantis for $ 35 million. The music duo has a number of Major League supporters for their fund including Mark Cuban, Keith Rabois, Jim Coulter, and Ron Conway.

Advice and analysis of extra crunch

If you are interested in remote workers, start by tracking their performance – remote work is imposed on us, but are business leaders ready for it?

What’s ahead of us in IPO land for JFrog, Snowflake, Sumo Logic and Unity – Alex Wilhelm reminds us that some losses are very bad and others are fine.

(Reminder: Extra Crunch is our subscription membership program designed to democratize information about startups. You can sign up here.)

CBS All Access to be renamed Paramount +, international expansion in 2021 – The name change is intended to better reflect the expanded range of content that entered service following the merger of Viacom and CBS in 2019.

Check out the first official trailer for Season Two of The Mandalorian, which premieres October 30th on Disney + – Baby Yoda Time!

The Daily Crunch is TechCrunch’s round-up of our greatest and most important stories. If you’d like this to be delivered to your inbox around 3 p.m. Pacific time each day, you can sign up here.