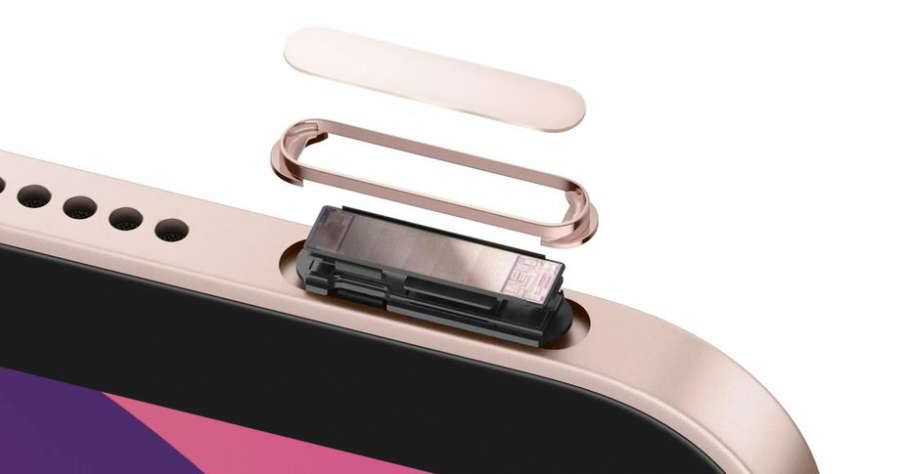 One of Apple’s surprising hardware announcements last week was the relocation of the iPad Air’s fingerprint sensor to a tiny power button on top of the display. This is a change from the typical location of the Touch ID Home button at the bottom of the screen and allows Apple to place a larger edge-to-edge display on its iPad Air for the first time. It’s an ideal place for a fingerprint sensor too, and I’d love to see it on the iPhone 12.

Apple has switched most of its iPhone line to Face ID in the past few years, offering a quick way to scan your face and unlock your phone. The only iPhone that doesn̵

7;t support Face ID is the iPhone SE, which still needs a large bezel to make room for the Touch ID fingerprint sensor at the bottom of the display. Face ID used to be fine, but for the past six months I’ve longed to come back to Touch ID. Like many others, I wear a mask every time I leave my house. This means that I always have to enter my PIN code as the mask prevents the face recognition from working correctly.

Apple improved the experience with software to speed failover to PIN entry, but Face ID has been practically useless to me for months. With the pandemic showing no signs of slowing down, I’ve missed the reliability of Touch ID. Apple’s Face ID technology also doesn’t work well with an iPhone lying flat on a desk and requiring your attention (by default) to unlock the device.

It is rumored that Apple has been incorporating in-screen fingerprint technology into iPhones for months, but we haven’t seen anything yet. Using the iPad’s fingerprint sensor into the iPhone’s power button would enable Face ID, Touch ID, and a great screen, using the technology the company is already familiar with.

Apple’s new iPad Air is the first major change to Touch ID in years, paving the way for a similar system on the iPhone SE models and hopefully the larger iPhones currently using Face ID.

Android device manufacturers have already embedded fingerprint sensors in displays and power switches. The in-screen flavors, however, have been hit with reliability issues that may have prevented Apple from adopting similar technologies in recent years. Early in-screen sensors were slow to authenticate, but newer devices seem to have caught up. All but the newest key sensors also had problems. Apple’s reputation is for not introducing new technologies until they’re done. So I’m ready to assume the iPad’s sensor is just as fast and reliable as the company claims.

While it doesn’t show a new form of Touch ID on the iPhone 12, there are other parts of Apple’s new iPad Air that I would love to see on the new iPhones as well. Apple’s new A14 Bionic, a 5nm chip with a six-core CPU, starred in the announcement of the iPad Air and will no doubt appear on the iPhone 12. Apple promises a 40 percent performance improvement over the previous iPad Air. The chip is the furthest advanced.

Apple also switched to USB-C on the iPad Air. I’m sure a lot of us would love to see this on the iPhone 12. However, it is becoming increasingly unlikely that USB-C will appear on iPhone 12. Despite rumors that Apple removed the charger for the iPhone 12, we haven’t seen any concrete suggestions that there will be a switch to USB-C this year. We could wait a long time for an iPhone with USB-C, and that assumes Apple doesn’t rely heavily on advances in wireless charging.

Apple has a chance to shake up this year’s iPhone 12 hardware. Rumor has it that there will be a new industrial design reminiscent of the iPhone 4 and 5, with square edges and stainless steel. We’ll have to wait until October now to find out just how much the iPhone 12 really changes this year. I keep my fingers crossed for USB-C and the return of Touch ID, but I feel like they’ll be held for a while longer.