Are Hand Gestures the New Gimmick? 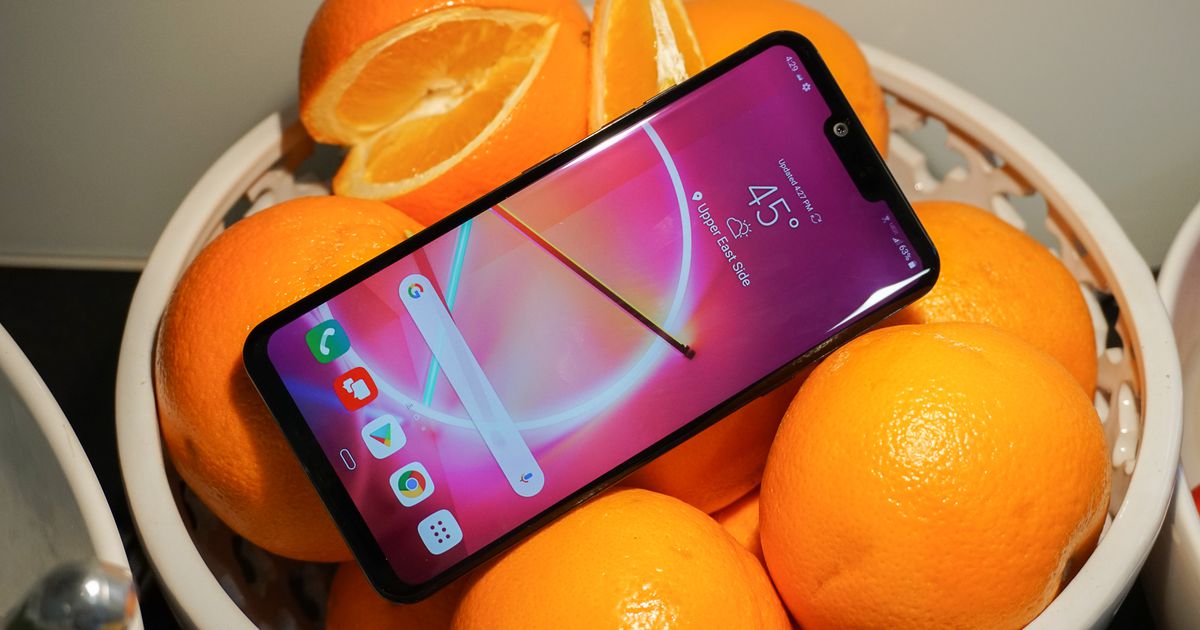 Fighting phone maker LG does not throw in the towel yet. The Korean electronics company has used the Mobile World Congress to announce its new flagship LG G8 ThinQ Android smartphone.

At first glance, the G8 ThinQ looks very similar to the G7 ThinQ, but there are even more similar metal and glass designs. In the notch is a new camera sensor that detects hand movements and can be used to control functions such as volume, call and media playback.

The LG G8 ThinQ is a first-class phone with outstanding performance. The glass and metal design of the phone is just about every other, and the specifications are all checked.

With 128GB of internal memory and a microSD card slot, up to 512GB of additional memory can be added. The 3,500 mAh battery is relatively large and supports QuickCharge 3.0 and wireless charging.

On the Back is a dual camera system, consisting of a 12-megapixel wide-angle lens with 1: 1.5 aperture and a secondary 16-megapixel ultra-wide lens with 1: 1.9 aperture. Both cameras looked pretty capable of what I could tell in my short plot with the phone.

And the "Crystal Sound OLED" display of the G8 ThinQ also serves as a receiver, as the sound vibrates through the glass, so no cut-out is required for one at the top. Other phones such as the Xiaomi Mi Mix used the same "piezoelectric" vibrating display sound technology, but few have done well. However, calls to the Crystal Sound OLED screen did not sound as slim as compared to other phones with the same technology.

All these are great features that make the G8 ThinQ competitive with other 2019 flagship phones. But this special camera in the notch is something completely new.

The Time-of-Flight (ToF) sensor, called a "Z camera", can capture information along a Z-axis to better understand what's happening in 3D space. According to LG, the camera is a miniaturized version of the special camera used in devices with Google's Tango technology for Augmented Reality experiences.

With the special camera, LG added two features to the G8 ThinQ that set it apart from other phones.

The first is improved biometric security. You can still use the fingerprint sensor on the back of the phone to unlock the G8 ThinQ or the 2D-based face unlock from the 8 megapixel selfie camera. However, you can unlock the phone by hand with the Z-Camera.

After setting up, LG says the Z camera can detect your unique vein pattern by extracting images of hemoglobin in your blood. LG says these vein patterns are incredibly hard to fake compared to fingerprints that can be photographed with high-resolution cameras.

The second unique feature of the Z camera is hand gestures or "Air Motion" as LG branded it. When you hold your hand over the camera, controls appear at the top of the screen. These can be two icons that allow you to switch between apps with an angled gesture to the left or right. Or they can be as simple as buttons to control playback or volume.

It's a nice idea, except that the hand gestures are not easy to use. The camera must be at least six inches from your hand. But that's not even the worst. You also have to drop your fingers into the shape of a claw before you can wave in any direction.

And even then, the Z-camera had problems recognizing my clawing hand.

LG lets about a dozen tech journalists – geeks eat up these new innovations – try the Air Motion and almost everyone, including me, found the hand gestures not intuitive and awkward.

But does that even make fun of using it?

At the end of my brief training period with the LG G8 ThinQ, I could not help but ignore the special Z-camera. Maybe it works better with the boot device, but in my view, it was not ready for primetime. To be honest, the feature is not worth the headache and it's better to just tap the screen.