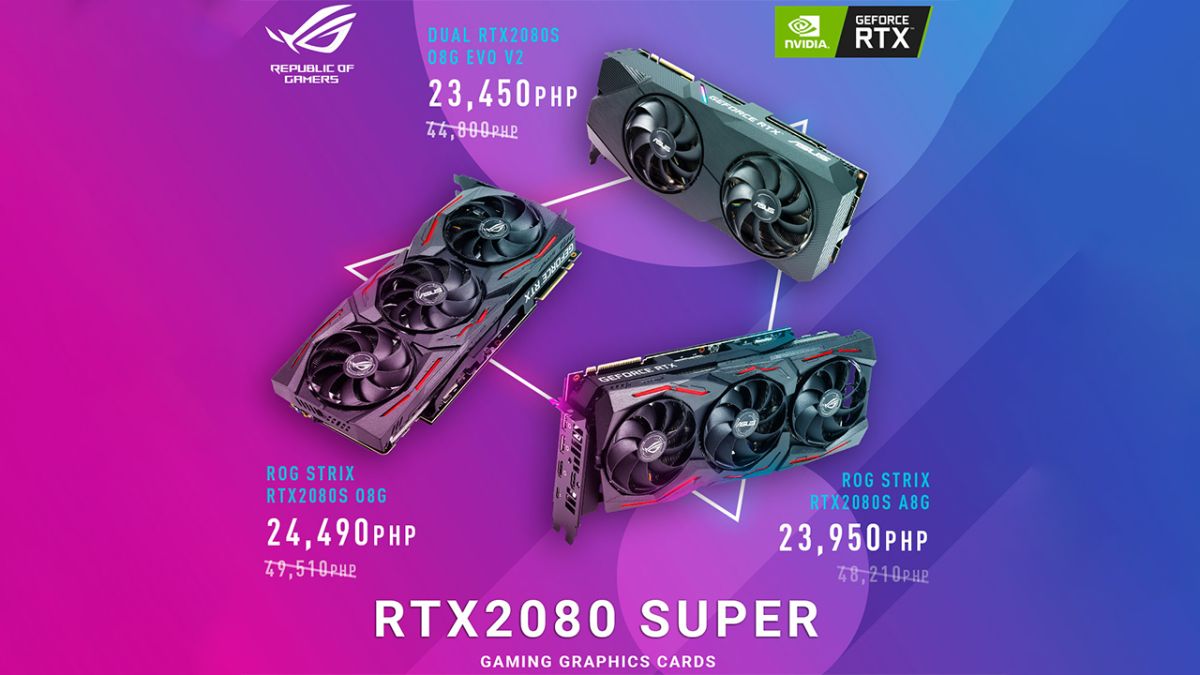 Nvidia and its add-in board partners (AIB) will release the GeForce RTX 30 series Ampere graphics cards on September 17th. However, before they launch anything new, they must remove existing GeForce RTX 20 series products. Apparently, this is exactly what Asus and Zotac are doing in some countries.

According to its Facebook page, Asus has cut prices for its GeForce RTX 2080 Super graphics cards by 50% in the Philippines. Zotac also cut the price of its GeForce RTX 2080 Ti board in Malaysia by a whopping 55%, the company said. Additionally, those who purchased the board on or after August 9th can email Zotac and receive Adata’s XPG SX8200 256GB SSD “as a token of sadness”.

Other graphics card manufacturers in various countries have not yet announced price cuts for their GeForce RTX 20 series products. However, this is something you should watch closely if you are satisfied with the performance and features of the previous generation GPUs. In the meantime, internet auctions are flooded with used Turing cards. For example, it was possible to purchase an EVGA GeForce RTX 2080 Ti board for $ 565 at press time.

Aside from the upcoming introduction of the Ampere family of client GPUs, there is another reason AIB vendors tend to cut prices on their Turing-based graphics cards when they have lots in stock. Owners of boards of the GeForce RTX 20 series sell them on internet auctions like Ebay. Competing against used boards is tough even before the next generation is launched, but once the new products hit the market it will be even more difficult. Therefore, it makes a lot of sense for AIB manufacturers to sell their existing GeForce RTX 20 boards when they have lots of them in stock.