Best roguelike games: a beginner's guide to the a-lot genre 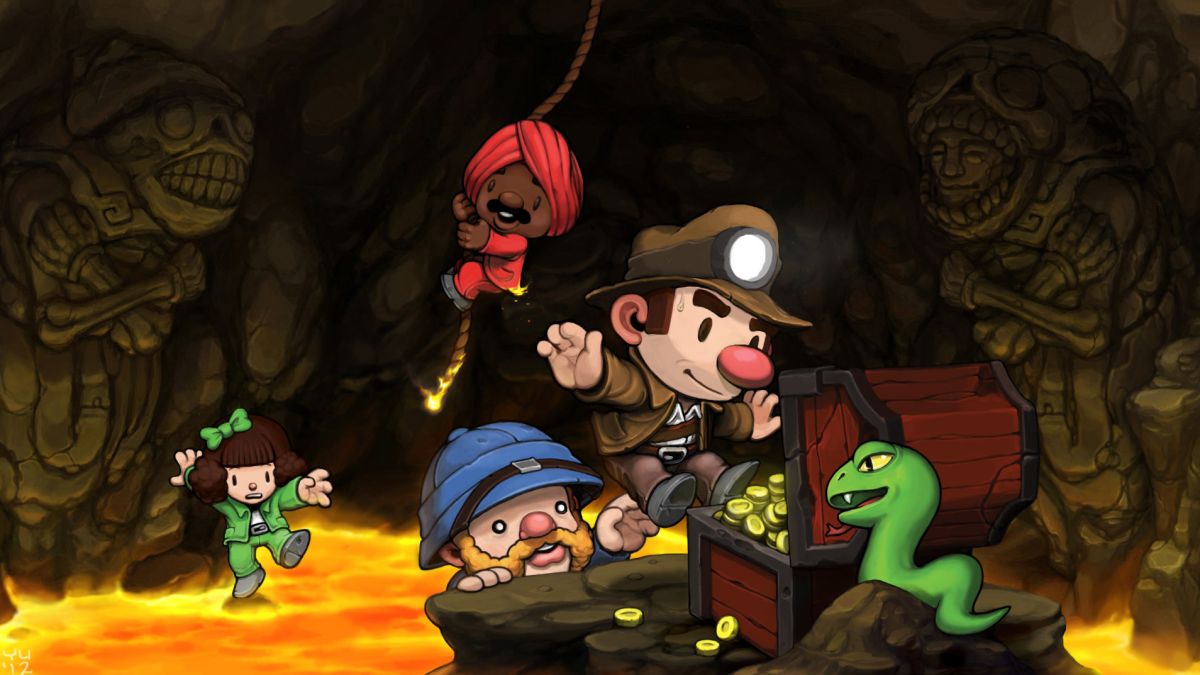 Gaming used to be hard because of two things: money and time. As many games were designed to be played in an arcade, they lean into being intense tricky in order to get your pocket money. Meanwhile, the games were usually just for that long. In order to counteract their short playtime, home console games were made more difficult to prevent you feeling like you wereted your hard-earned cash- 30 hours to finish a four-hour story is value for money, right?

As time progresses, games changed and developers learn the benefits of creating longer, less difficult games. However, while that's something gamers claimed they wanted, in reality many still long for the nostalgia that comes with challenging games. They remind us of the arcade's frustrating legacy. Demon's Souls thriving, saying that a game is 'hard' has become a positive thing in marketing.

This masochistic awakening has seen the revival of a genre, buried by the sands of time, that is designed to kill you and your progression tied to your character: the Roguelike … roguelite … rogue-ish.

Roguelikes are all about getting better because you have suffered. Only through great suffering can one attain great power. Only after failing 1

000 times can you expect to succeed once. Roguelikes take masochism and gamify it, rewarding your stubbornness in a way that no other genre does.

So this is our little guide to some of the best rogue-inspired games around. A genre full of dying a lot, making mistakes and scraping through the skin of your eyes. Yes, your eyes …

The Shoot 'Em Up: The Binding of Isaac

The Binding of Isaac is an eight-year-old game that has been receiving updates up until last year. For many, this is the quintessential roguelike game. You play Isaac – at least at a young age. He goes into hiding and winds up in a dungeon filled with monstrosities. If you guide Isaac down deep enough you actually go through your mother's womb and even fight Satan. You read that right.

The joy of this game comes from the runs where you become all-powerful. You can become a flying laser firing cycle that turns to stone when stationery. You can have an army of babies that attack enemies for you. Hell, you can spit teeth at enemies in order to take them out. The game gets harder the better you do, with bosses becoming more difficult and new areas unlocking. The real challenge though is in the other characters.

As things progress you'll unlock more powerful playable characters, less powerful ones, and even biblical babies. Eventually, you unlock The Lost, a ghost baby that can only take one hit. Yes, just one hit and it is game over – to put this in perspective, the last bosses are all bullet hell fights. You might wondering why you would do this to yourself, well the only way to truly complete the game is to complete it with every character. The Binding of Isaac wants to crush you, and you will love it.

Dead Cells came out last year to widespread critical acclaim. It's a side-on action-platformer game where you get new abilities and unlock new areas as a result of progressing: aka a Metroidvania. So you go back to the beginning when you die, which makes it a roguelike.

The two terms are naturally at odds with each other, due to the continuous learning process and the latter denying it. Nevertheless, Dead Cells balances both perfectly, like balancing a bottle of nitroglycerin on the end of a sword.

The combat in this game is balletic. You flow around levels constantly attacking and double-jumping like a pointy spinning top (or a Beyblade, for you geeks). You can clamber up walls, grow vines, set traps, and set everything on fire. You upgrade your character over the course of each and then you take it away, when you succeed. In the unlikely event you make it past the final boss, the game restarts.

This time, however, you have a great deal of energy, and there are a lot of things that you can do. You can do this several times. The final difficulty gives you three healing chances to last an entire run. Apparently, this is still achievable …

The Turn-Based Strategy: Into the Breach

Into the Breach is intensely compelling and enjoyable experience that you often do not realize you have failed before you start your next run. The turn-based strategy title shows you every move your enemy is going to make.

In order to succeed you need to look past your immediate options, if you can not think at least three turns ahead then you are doomed to failure. Failure means permadeath, in this case that means teleporting to another timeline and abandoning all but one of my mech pilots.

The brilliance of Into the Breach read in the fact that you are always responsible for your failure and you are forced to live with it – there are no redo. In other games, it's easy to blame on an unfair AI or attack however, in Into the Breach, you can see what's going on, so it's your fault.

It's like playing with the ability to see the future; if you still measure it then it is on you, not the game. You unlock new mechs as you go and even mix-and-match them to build your own perfect squad – just try not to loose them. Then the ecstasy for extra measure.

Crawl is a Lovecraftian multiplayer dungeon crawler which dungeon – hoping not to descend into madness. You probably want the, but that's not the end of you. You see, there are four adventurers (controlled by you and your friends) all aiming to make it to the end of the dungeon but only one can. Queue the literal backstabbing and murder.

Whichever of your friends is lucky enough to kill you back to life, while the other adventurers exist as vengeful spirits intent on killing the fortunate survivor. These spirits can possess traps and furniture, and summon monsters in special areas that can be used to attack the living. These monsters gain levels and evolve depending on how strong the adventurer is. The stronger the living becomes. It keeps things in balance. The aim is to be the adventurer to first slay a boss. Then you get to start all over again.

While the vast majority of roguelikes are single-player and frustrating affairs, Crawl turns this on its head. Instead, you and three friends can take turns stabbing each other in the back, all to try and be the one who succeeds. It is well-balanced as no matter how strong the hero becomes; the monsters just get fiercer. The more you play the game the more content you unlock. You gain access to new items, new items, and deadlier traps. The frenetic rush to the spirit to deal with the killing blow to the adventurer is wonderful, and one that is repeated in each game.

The Card Game: Slay the Spire

Despite only being released in January 2019, Slay the Spire has cemented its place in the roguelike genre. On paper, it's a deck-building card-battling dungeon-based dungeon crawler, but you have to put it in the best possible way.

Your role is to make it the top of the titular spire. To do this, you journey through different levels, battling various monsters along the way. As you progress, you get new cards to add to your deck and maybe some fancy equipment. Seems simple, right?

Where Slay the Spire excels is in the subtle way you have to make. Adding a new card to your deck should be a good thing. The trouble is, doing so lowers the chances of drawing something else. Whenever a new card is offered, you have to figure out if it is worth taking. Do you take the card that is good on its own or do you take the combo card? The good one is good no matter what other cards you have, but the combo card could instantly be lethal if you get the other bits – which is more valuable. Failure means starting again of course, but this time you'll know about deck composition and strategy. It really is unique among roguelikes.