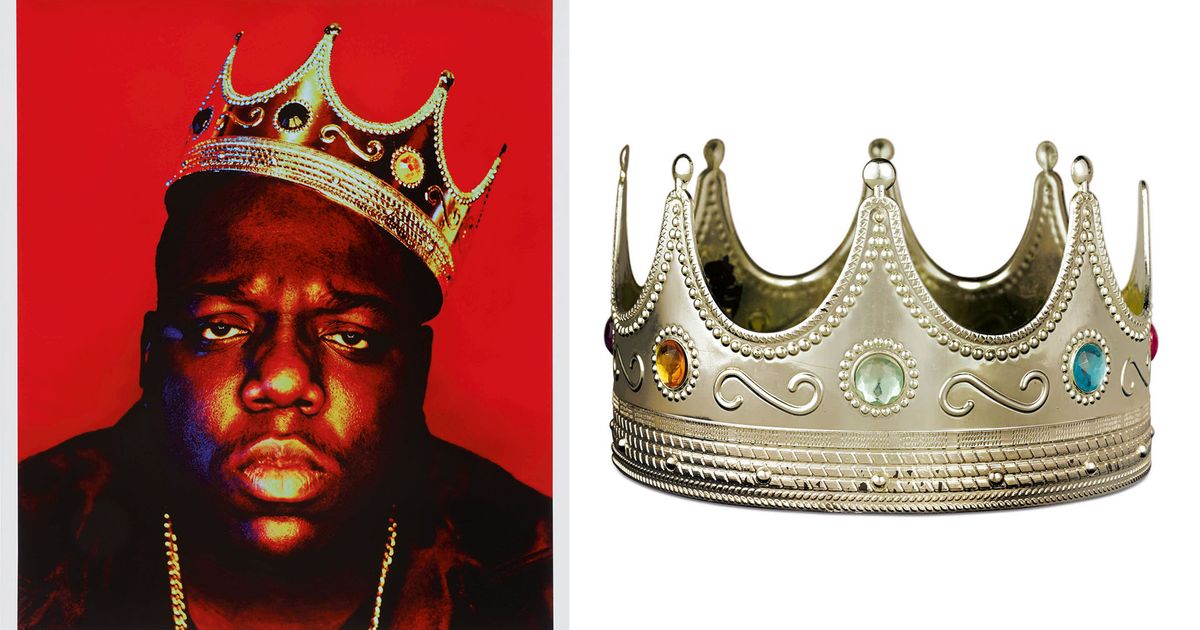 The Notorious BIG will forever remain a king of hip-hop, but the crown the rapper wore on the last photo shoot before his death will soon be passed on.

The signed plastic crown from the 1997 portrait session “KONY” (King of New York) is officially on sale along with several other cult pieces in hip-hop history thanks to Sotheby’s first hip-hop auction.

The auction, which will take place on September 15 at 6:00 p.m. in New York City, features hip-hop art, photography, jewelry, fashion, and more. The full list includes Salt-N-Pepa Push it Jackets, a collection of 22 love letters Tupac Shakur wrote to his high school sweetheart, and an art installation by DJ Ross One titled “The Wall of Boom,” which contains 32 vintage boomboxes that function as a working sound system.

The memorable crown worn and signed by Biggie Smalls, whose legal name was Christopher Wallace, is the largest item in the auction. And according to Sotheby’s, it could sell for $ 200,000 to $ 300,000. But here’s a look at some of the other highlights of the auction.

In addition to physical artifacts, the auction also offers unique hip-hop experiences such as a virtual wine tasting with Big Daddy Kane or a private writing lesson and studio session with The God MC Rakim Allah.

As the auction is designed to celebrate the history and cultural impact of hip hop, a portion of the proceeds Sotheby’s will donate to Building Beats – a nonprofit that provides DJ programs to low-income New York City youth programs from the Queens Public Library Foundation coordinated by music video director and DJ Ralph McDaniels.

More auction details and the full catalog can be found here.

Trevor Noah introduces Dr. Fauci all of your questions about etiquette for burning masks

Get a bacon suitcase or backpack for an 80% discount