Breaking News
Home / LifeStyle / BMW's virtual co-driver is helpful and charming – does that mean I have to be rude?

BMW's virtual co-driver is helpful and charming – does that mean I have to be rude? 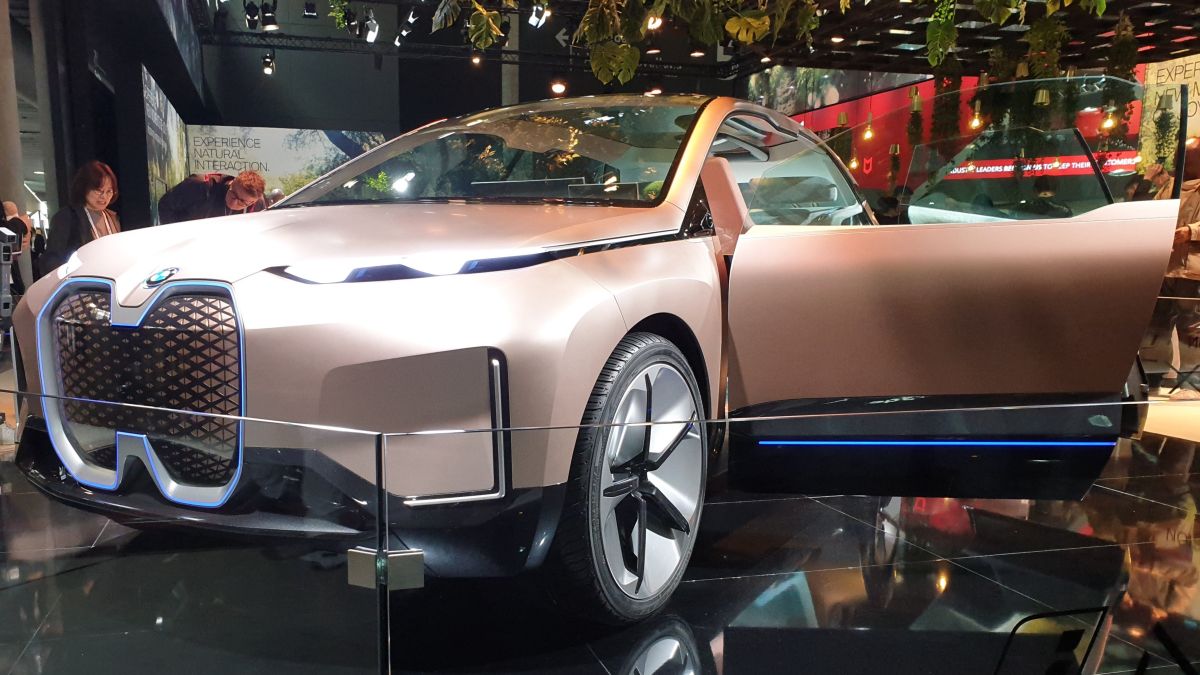 Are we being too rude to our virtual assistant? It was not something that really came to my mind until I had the opportunity to test a demo of BMW's new Natural Interaction interface at the At MWC 2019.

With this system you can operate your car with gesture, eye and speech recognition and start with the BMW iNext in 2021. It is very impressive to recognize commands accurately and to interpret, but for me there was only one problem : As a stuffy Brit I felt a bit rude.

When he starts in the BMW iNext in 2021, Natural Interaction will be invisible: just blow up, talk and the car will understand. For the demo, however, BMW had set up a mixed-reality simulation of the experience. I was put in a headset and directed to a "lift" (in fact, just a door connecting parts of the screening room) that took me to the ground floor of a hotel where my shiny new virtual iNext was waiting for me.

I got in carefully (I never saw the physical setting, but there were pedals, a steering wheel and a seat with haptic feedback) and pulled away. As I drove onto a freeway, the car's reassuring voice informed me about the takeover and began to familiarize myself with the principles of natural interaction ̵

1; and things got uncomfortable.

What is the magic word?

] The first thing that struck me was that my virtual passenger was nameless. Instead of referring to it like Siri or Alexa, just point your finger and start bidding.

In the final version of Natural Interaction, you can call the intelligent personal assistant (as it is officially called) you like. Dr. Christophe Grote, Senior Vice President of Electronics, suggested "Hey BMW" or "Hi Beamer". With the gesture and eye recognition, however, the car already knows when it is addressed. There is no need for a wake-up word – and that seemed strange. As if you click your fingers into a restaurant to get the attention of the waiter, showing and demanding like bad manners.

The demo aroused a kind of childlike curiosity – but that of an irritating child. I nudged virtual monuments and told the car to tell me what he was doing with the patience of a saintly parent. "What's this?" "Low!" "More information!" As my countrymen say, it was simply not cricket.

Not everyone will have such suspensions – but to be truly natural, there may be other cultural attitudes. I would feel much more at home with a sturdier assistant who refused to answer if I had not taken care of my Ps and Qs. He could only be activated by saying "I'm sorry to bother you"

After trying the demo, I had the opportunity to meet with Drs. Fathi El-Dwaik, vice president of BMW for user interaction, human-machine interaction and display and control concepts. Since iNext is being sold in all major markets around the world, I asked if his team had any cultural issues to consider (such as my British constipation).

He explained that BMW has actually considered differences in creating natural interaction – especially when it comes to gestures and facial expressions. He says, however, that his team found that many other factors were common around the world.

"There are some differences between expressions and expressions, but we can take care of that," he said.

Fingering in a movie theater, demanding that the car book me a ticket, and asked if I wanted to see a movie trailer – not unlike a crazy mother who's tired of entertaining the kids. I answered "yes" (in the sense of "please") and felt the pedals move away from my feet. The virtual steering wheel and dash disappeared, and I found myself in a demonstration of the next Mission Impossible. I took off the headset and found next to me a BMW representative with a bucket of popcorn. I thanked me with a smile – and for me that is the most natural interaction.

Even with a precise interpretation of gestures, language and gaze, human-like communication is tricky – not just from a technological point of view, but also because it's "natural". can mean very different things for different people.

Thank you for the ride, beamer. Cheerio and until 2021.

MWC (Mobile World Congress) is the world's largest showcase for the mobile industry, filled with the latest cell phones, tablets, wearables and more. TechRadar reports live all week from Barcelona to show you the latest news from the show. Visit our dedicated MWC 2019 hub to see all the new versions and TechRadar's world-class analysis and buying advice for your next phone.