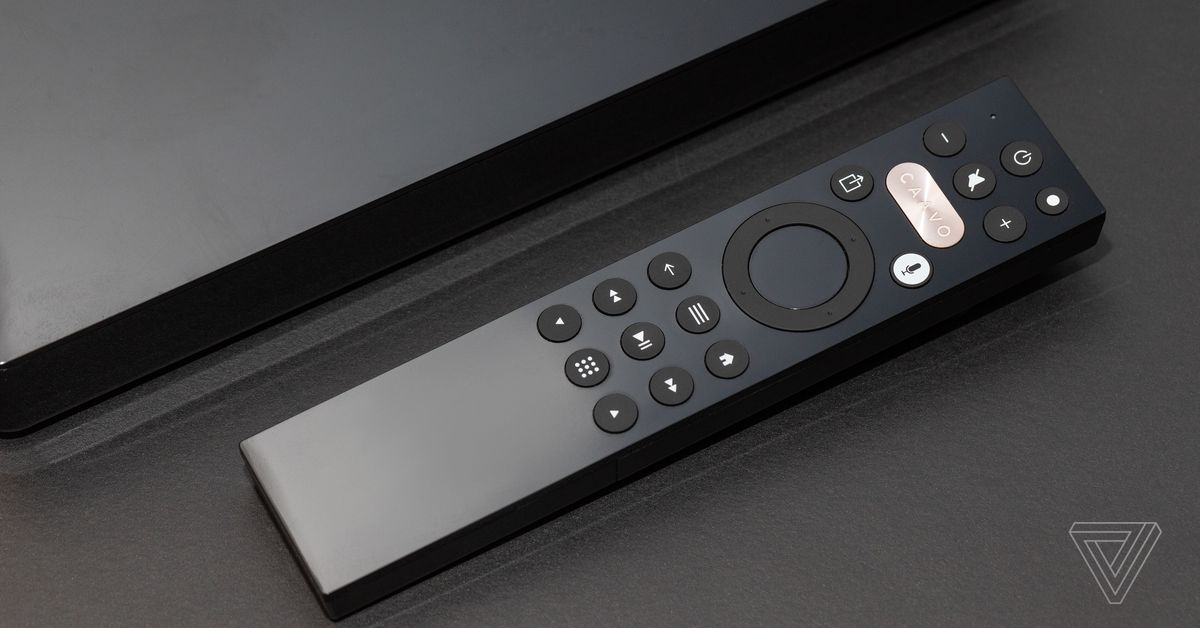 Here is the highest praise I can give to a technical product: I like the universal remote control Caavo Control Center so much that I bought one for my parents. Actually two.

The Control Center connects all the different media devices under one average TV set – receiver, cable box, streaming box, and even Blu-ray players – and lets you seamlessly switch between streaming content and TV voice commands. It is a very good remote control.

The Control Center is by no means perfect. I have tested one myself since December, with a preview of an upcoming update that will allow the control of smart TVs, and there are clear enhancements and additions to features. I also think that the pricing model is a bit confusing. But it's the first remote that I even tried to create a new foundation for the interplay of all the devices connected to your TV, and it's a breeze to juggle your TV between a cable box and connected streaming devices. 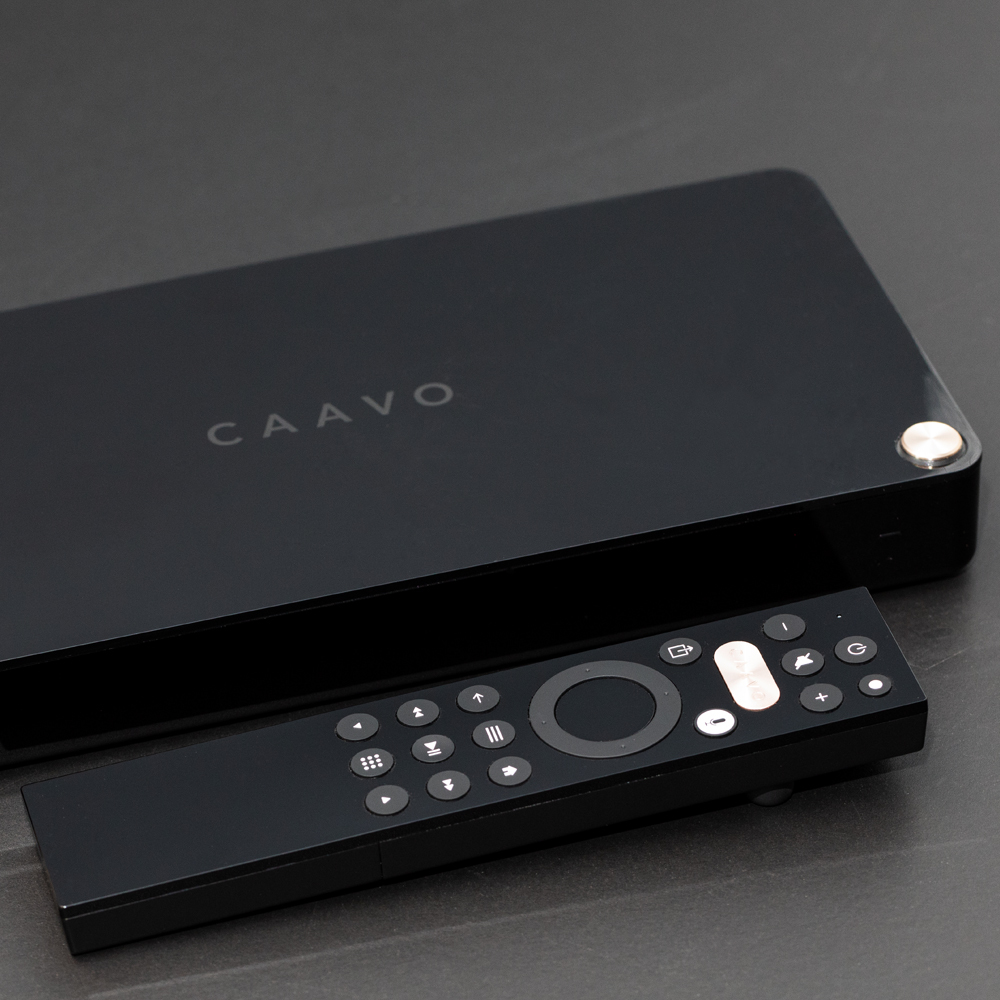 Let's start with the price, which is a bit confusing and should be simplified. The control center itself counts for $ 99, though it regularly drops to $ 69 in places like Best Buy. Once connected, you will be promptly asked to sign up for a service plan worth $ 19.99 / year, which adds guidance and a search feature that automatically opens the right app on the right device and starts streaming content can. (The Control Center works well as a regular universal remote without paying the fee, but this is about the search feature, so you know.) This feels more uncomfortable than it should, but you can also purchase a lifetime subscription for $ 50 and avoid the recurring fee. Just think of a $ 150 remote that is often sold for $ 120 – that's how Caavo should sell it.

The reason why you have to plug everything into the Control Center is that Caavo's Secret Sauce Machine Vision is: It can see the user interfaces of your various devices and jump right in Serve your name. So when you ask for "The Verges iPhone Review on YouTube," Caavo switches to Apple TV, opens the YouTube app, selects the search menu, enters the correct YouTube ID, and opens the video for you.

All this happens in the background under a gray overlay screen, and although it takes a bit longer than a tech savvy person could do alone, this is a huge improvement for anyone who can not understand the differences between different devices , Apps and interface metaphors. They ask for a YouTube video and a few seconds later the YouTube video plays. You will be asked to switch to ABC. A few seconds later, the cable box will appear on the screen at the channel where ABC is enabled. You take a PS4 controller and press the button. The PS4 appears on the screen. You can pick up and click the original remote on your device, and the Control Center remote is in the correct mode when you pick it up again. This is a big step ahead of IR remotes like the Harmony series. It is relatively seamless.

IR is a zombie technology that will haunt me to the death.

The Control Center is also the first remote control I've seen that can control multiple devices in different ways. If you have a newer TV and a new soundbar, they will be controlled via HDMI-CEC. If you own an Apple TV or Roku, it will connect to your Wi-Fi network and control it over the network. If you have an older cable box, it sends IR commands because IR is a zombie technology that haunts me to the death.

(The Caavo comes with two IR blaster pods in the box, but you may not need them: it also triggers IR from the main box. Strangely enough, the remote itself does not send any IR commands, which could be useful TV settings.)

You control all this with the remote control, which has a D-pad, and a fairly limited set of standard buttons: Play / Pause, Home, Menu, Back and Volume / Mute. The volume buttons are located above the D-pad, which is awkward. There is also a grid key that displays a number pad on the screen when you need to move the cable box up and down by entering channel numbers and up / down arrow keys. (If you, like me, often use the channel buttons to scroll through the cable guide of your cable box, you will find the arrows going up and down crazy.)

There is also a button that toggles the inputs confused with a share icon can be a large silver Caavo button that displays the main overlay of the Caavo interface. And of course, there is a microkey that you hold down to give voice commands.

That's not enough to fully operate most devices. so many of them are pictured with secondary features for long press. Normally this would be a nightmare in terms of ease of use, but Caavo does a great trick here: the remote is touch-sensitive and a small label appears in the corner of your TV when you touch a button. It shows you what she does and what a long press is worried about. That's great – it's a small thing that makes a big contribution to demystifying an otherwise weird collection of icons on the remote.

I wish the remote would be dull instead of glossy plastic, which would immediately pick up fingerprints. And a little more buttons would be good, especially if they were programmable – my parents first missed their Sony TV remote with the big NETFLIX button.

Caavo's voice commands are not perfect, but they're good enough that it's simple and inviting Use them for most things. The main problem is that you have to use pretty specific expressions to make things work. So if you click on "Change NBC", it will work. However, enabling NBC can display a page with random search results. As with most assistants, having an accent is not great, and finding Bollywood movies often ends up being a dead end. However, in most cases, it works well and works well when you have become familiar with the quirks and limitations.

Caavo also has integrations with Alexa and Google Assistant, although these are quite random. I was never able to get the Alexa integration working, and the Google Assistant integration was so confusing I did not try it after a while. (If it worked, it was great when it was confused: "Hey, Google, tell Caavo to switch to HBO," is quite a sip.)

These are all small nitpicks – the Control Center does good job overall managing multiple TV sets whose errors usually stand out.

There are two things the Control Center can not do, which could be Dealbreaker for you: There is currently no Dolby Vision signal, and its ability to control Smart TVs is very limited.

Hold off When Dolby Vision support is important to you

The control room handles the standard HDR well, but not Dolby Vision. Caavo promised a software update for Dolby Vision when it announced the Control Center, but the delivery deadline is over and the company did not have a schedule for me when I asked for it. (I've actually withheld this review so I can test and test Dolby Vision, but it does not seem like it's coming soon.) If Dolby Vision is important to you, I'd wait until this support is actually delivered.

Same with intelligent TV control. I tested an early version of the Caavo software that can control Android-based smart TVs like my Sony A8F. This control over the network and the setup was extremely messy, since Android TVs run Android with all its complexity. (After many attempts to solve the problem, the Caavo team eventually initiated a note from Sony suggesting that the "Simple IP Control" setting be set to "ON" but set to OFF "ALTERNATIVY TRY "). )

After some effort, it finally worked with fewer features than other devices: Since the Machine Vision System of the Control Center can not detect what is displayed on the TV screen, it can not really operate the Smart TV interface Apple TV or Roku running on your behalf. You can navigate your Smart TV apps with the D-Pad just like any other universal remote. If you click on the Caavo button on the remote control, you will return to the Caavo entrance. And the Control Center can not yet be deeply embedded in Smart TV apps to play content automatically, although this is obviously in the cards.

All this I would say I would not buy a Control Center if you frequently use your Smart TV apps. CTO Ashish Agaarwal made it very clear to me that smart TV software and control APIs are catastrophic across the industry. This is not really Caavo's fault, but Smart TVs will be good enough to eliminate the need to buy standalone boxes, and the company needs to figure out some better integrations to stay relevant over time. (Although smart TV manufacturers continue to use sophisticated data tracking software, it may be advisable to keep your TV completely out of the wireless network and still use all standalone speakers.)

All in all, the Caavo Control Center is really the first success Rethinking the universal remote in a very long time. It's a bit strange, but it makes using all the devices connected to a TV more seamless and inviting than a stack of remote controls on the table, and it works better than other universal remote controls I've tried. And above all, my parents seem to like it.

Vox Media has partner partnerships. These do not affect the editorial content, although Vox Media may receive commissions on products purchased through affiliate links. For further information see our ethics policy .