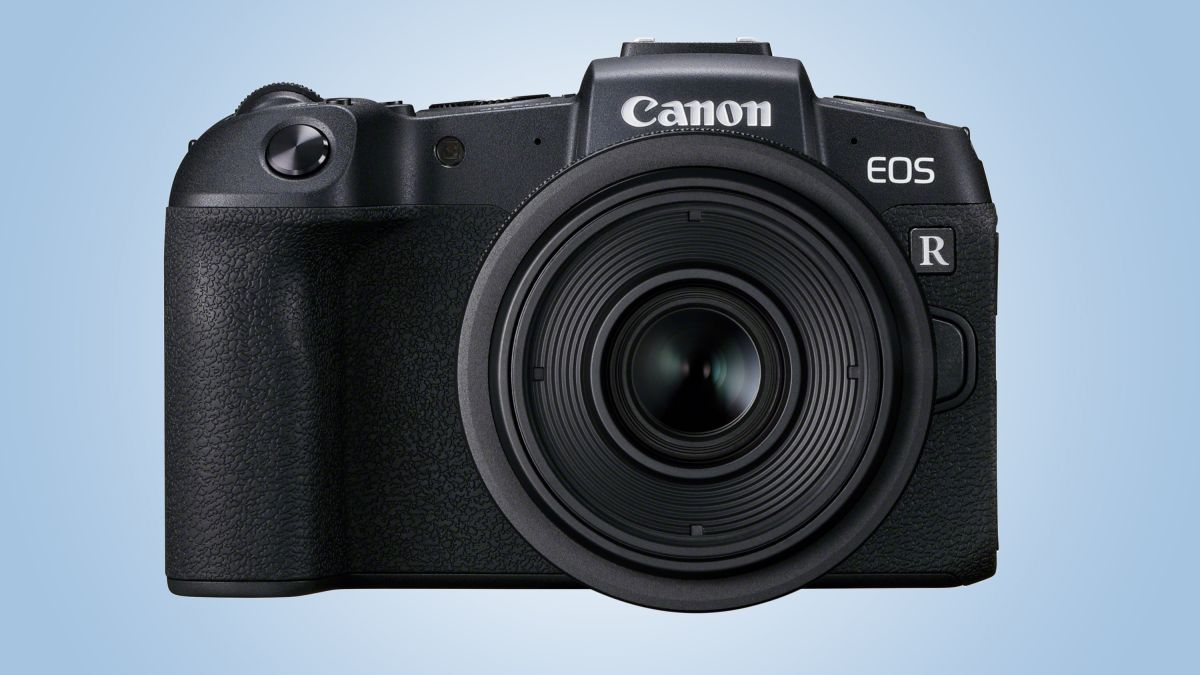 The model comes just five months after the launch of the EOS R, the first to market camera in the series. The model is aimed at beginners who are engaged in full-screen photography, and has the honor of being not just the smallest interchangeable lens camera and full-frame sensor for Canon branding, but weighing only 485 g. A battery and a memory card in place the lightest.

In addition, with an offer price of less than half of the EOS Rs, it offers a more affordable option for budget-conscious users who want to adopt the EOS R-System.

The EOS RP unites a 26 , 2 MP full-frame sensor with the same RF lens mount as the EOS R. The sensor has the same overall and effective pixels as the EOS 6D Mark II DSLR, though Canon said that the version is slightly different here (presumably to support 4K video recording).

Only a limited number of lenses can now be used on the front of the sensor, although Canon has separately confirmed the development of additional RF series lenses that will be available shortly, adding up to the total number of native options by the end of the year Year to 1

In the meantime, the user can also mount a comprehensive number of EF and EF-S lenses from Canon EOS DSLR stably over one of three EF-EOS R adapters, and the model comes standard with the Most of these adapters are offered.

Image stabilization for still images is available only when a lens with this technology is used. Another advantage of using such optics is that the camera provides information from the sensor to better correct the blur previously seen. Partnership known as Dual Sensing IS.

The EOS RP's 26.2MP sensor offers a native sensitivity range of ISO100-40,000, though the extension settings increase this setting to settings that are other extreme at the lower end of the ISO50 setting and the ISO102.400 camera. Processing is done via the same DIGIC 8 engine as the EOS R, while raw files can be recorded in the latest CR3 format, reducing the size of standard files by 40%.

With this processing engine, the camera can also record 4K footage at a maximum of 25 frames per second as well as Full HD videos at 60 frames per second. This is supported by 3.5mm headphone and microphone connections and a range of video-specific features, from 4K time-lapse shooting and a video snapshot mode to Movie Servo AF and a five-axis Movie Digital IS (electronic) equalization option over shaky footage.

Thanks to the integrated Wi-Fi and Bluetooth, you can operate the camera via the Canon Connect app with a smart device. This app also allows embedding of GPS information into images captured on the EOS RP, while a separate Canon DPP Express app can be used to import raw files for processing on smart devices.

Measurement is via the main imaging sensor. with 384 separate zones used for the measurement and this provides the familiar evaluative center-weighted average, point and sub-quartets of patterns. A mute recording mode is also available. However, this seems to mirror the EOS M50's option, as it is limited to a scene setting and is not available as an option that can be accessed independently of the exposure mode. It is not clear if this will allow for an extension of the shutter speed range allowed by the mechanical shutter with a maximum shutter speed of 1/4000 seconds.

EOS RP's well-known focus features include the proven Dual Pixel CMOS -AF system from Canon, where the AF image sensor is working with phase detection on the main image sensor perform autofocus. This system is also the centerpiece of Face Detection and Eye AF, the latter capturing the eye of the subject to ensure that it is in focus. Dual-pixel CMOS AF works for both still images and videos, though videos shot at 4K resolution can only use contrast-contrast AF.

4779 individual AF points can be accessed, covering 88% of the horizontal area 100% of the vertical extension. Spot AF, which is used to focus on particularly small subjects, and macro focus focus bracketing can also be accessed when needed.

Images can be continuously shot at a maximum speed of 5 frames per second, although when shot with Servo AF at 4 frames per second, enabled Canon makes impressive claims that the camera with a fast UHS-II memory card in essence Whether you're capturing raw files or JPEG files, it offers unlimited buffering.

The electronic viewfinder of the EOS RP is not quite the same as the display on the screen. Senior EOS R was developed with an 2.36 million point OLED panel instead of the well-known 3.69 million point alternative. Likewise, the 0.39-inch size and 0.7x magnification should provide a smaller view than the 0.5-inch EOS R panel with its 0.76x magnification, though at least about 100% -like coverage of the scene offers.

The viewfinder is complemented by a 3-inch variable angle LCD that can be pulled out and rotated to look in different directions, including the entire front. This screen is touch-sensitive, so the user can adjust the focus point when making pictures and videos from the LCD screen. The additional function for the touch and drag AF function is supported. The user can drag the screen to the selected point with his / her thumb. Focusing when using the viewfinder – can also be used as needed.

Touch sensitivity also extends to other areas of the camera, e.g. B. Browsing and enlarging captured images and adjusting the camera settings in the Quick menu, among others.

Canon has developed the EOS RP chassis with magnesium alloy for stiffness and lightness , Aluminum, polycarbonate resin and glass fibers are otherwise used. Soothing on the inside is a protection against dust and moisture, which we do not always see on models that are aimed at newbies.

In another good news, Canon has decided to leave out the inconvenient M-Fn of the EOS R. For this new model, the bar is unusable, while for SDHC and SDXC cards a single slot for the UHS-I and UHS II specifications on the body side is present. Disappointing, the camera only seems to offer a battery life of 250 shots, which is relatively weak even for a mirrorless model.

Canon has also confirmed that it has developed a new superzoom optic, the RF 24-240mm 1: 4-6.3 IS USM, which combines a 10x optical zoom range with an image stabilizer. It is geared towards the traveling photographers and brings together five more lenses to be launched in the course of 2019.

The EOS RP will hit the market on February 27, confirming two configurations for the UK market.