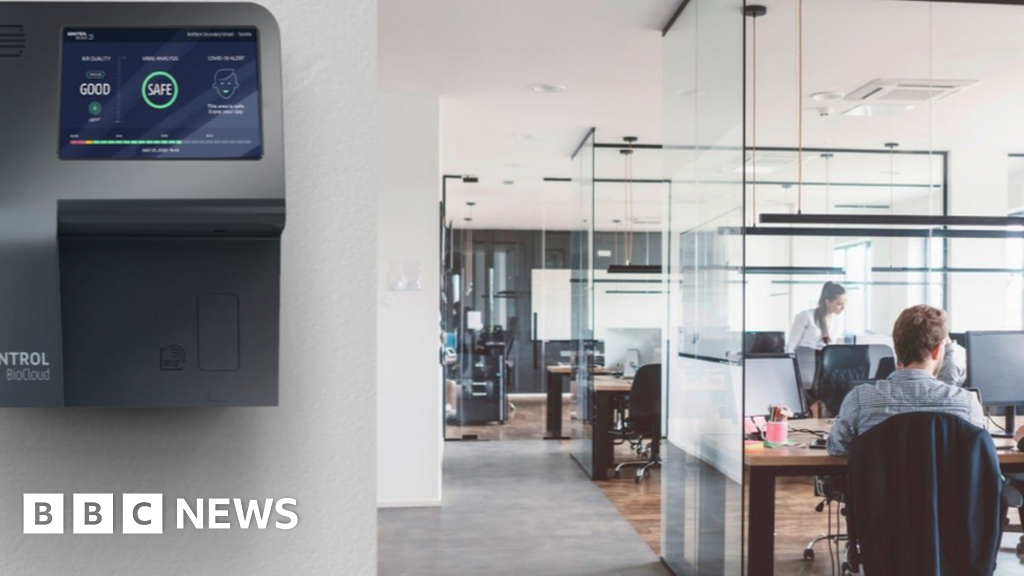 A Canadian company has developed a wall-mounted device that it claims can detect the presence of coronavirus in the air and send an alert.

Kontrol Energy hopes its BioCloud devices can be used in hospitals, transportation systems and schools – but has no orders yet.

An expert who had independently tested the system believed it worked.

Another told the BBC that many more tests would be needed before he was convinced of its effectiveness.

The device analyzes the air quality, samples of which are sent to a detection chamber that can be set up for Covid-specific tests. According to the company, the devices use “three independent collection techniques” that allow the virus to be sampled, but do not explain which one it is.

The company said it had received interest in the device from “around the world”.

“There is a critical need for technology that can reassure us that the workplaces, schools, healthcare facilities and other spaces we physically occupy are safe and infectious disease free,” said Paul Ghezzi, managing director of Kontrol.

Dr. David Heinrichs, a professor of microbiology and immunology at Western University in Ontario, said his lab tested the device.

“I’m sure this technology can quickly and effectively detect a number of airborne pathogens, including the virus that causes Covid-19,” he said.

But Professor Alan McNally of Birmingham University was not convinced.

“I think this is just another test marketed without robust, independent validation and testing, and I would say I am extremely skeptical about its use.”

He said it would take “an incredible amount of independent testing”.

He also said it was unclear what the process would be for schools and businesses if the alarm went off: “How exactly you would behave if Covid was discovered in the air is a mystery to me.”

Kontrol said it was up to the device’s administrator to decide how to proceed, but it would “contain containments.”

The company received a $ 50,000 (£ 38,000) grant from the National Research Council of Canada to develop its BioCloud device.

Bloodborne Remastered may have leaked for PS5