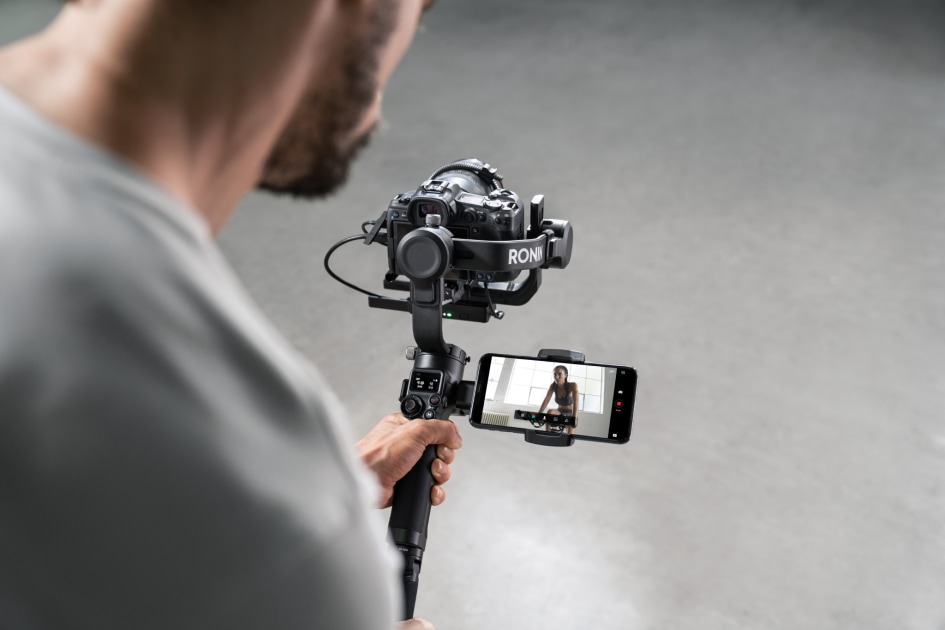 The company suggests that the design of the RSC 2 allows for more film options without accessories. It has a briefcase mode that allows you to release the main gimbal arm and fling it forward to expand the range of shooting angles. There’s a 1-inch OLED screen that shows camera data, while the RSC 2 can support a payload of up to 3kg.

The RS 2 weighs 1.3 kg and can hold camera rigs up to 4.5 kg. It also has a battery life of up to 12 hours. The quick charge feature lets you add two hours of extra juice with just 15 minutes of charging.

DJI has put more emphasis on the stabilization functions of the gimbal. There is a SuperSmooth mode that is supposed to compensate for lenses with longer focal lengths of up to 100 mm. Meanwhile, the company said that “the newly optimized Titan stabilization algorithm reduces the need for manual user input while smoothing out user movements and optimizing gimbal tilt and angle”.

The RS 2 has a two-layer camera mounting plate that supports the Arca-Swiss and Manfrotto standards, as well as a button for fine-tuning the balance of your camera. There’s also a 1.4-inch touchscreen that shows your camera’s live feed, data, or gimbal settings.

A number of accessories are available for both gimbals. For example, the RavenEye image transmission system can send a video feed at 1080p and 30 frames per second to the Ronin mobile app from a distance of up to 200 meters. This app can control several functions of the gimbals.

RS 2 and RSC 2 share a number of additional preprogrammed movements and functions. Underneath is a time tunnel movement that captures a hyperlapse during a 360-degree roll. The RSC 2 receives an update with this function after starting. You can also rotate your camera to portrait mode with a single touch of a button.