Breaking News
Home / NewTech / Does staying at home harm your child’s immune system by making them more susceptible to other diseases?

Does staying at home harm your child’s immune system by making them more susceptible to other diseases? 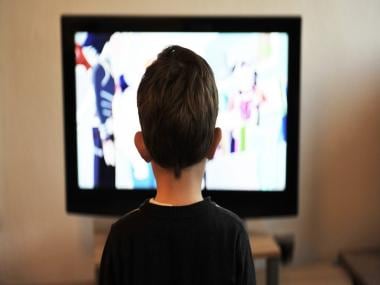 A theory known as the “Old Friends Hypothesis” suggests that exposure to harmless microbes that co-evolved with humans helps train the developing immune system.

The coronavirus pandemic has some silver lining. The clear winner for me was the glorious lack of snot: My kids haven’t had a cold since March, and neither have I, and I haven’t missed those crispy red noses a bit.

I do know, however, that bacteria and viruses can be good for children as microbial exposure affects immune system development. This is one of the reasons we have vaccines. When we inject small or dead pathogens into our bodies, they learn to better recognize and fight these (living) pathogens across the board.

7;s immune systems to recognize what is dangerous and what is not. Parents are now encouraged to feed their babies allergens like peanut butter and eggs sooner rather than later in infancy, as this will gradually teach a baby’s immune system that these foods are safe.

And according to the Hygiene Hypothesis – a controversial theory first proposed in 1989 by an English scientist, David P. Strachan – children in developed countries have grown up with more bleach and disinfectant wipes and fewer infections, allergy rates, and autoimmune diseases in recent decades increased. Cleanliness and isolation, the argument goes, are not good for immunity development, although some scientists are not convinced.

So, even as I celebrate the lack of snot and sneezing, I wonder: does COVID-19 isolation affect children’s immunity? Will locking our children indoors all day to protect them from a virus make them more susceptible to others – even some chronic diseases – for the rest of their lives?

Some diseases are better detected early, others later

First, some comforting news: some children’s immune systems will benefit from having more time at home this year. Consider Respiratory Syncytial Virus (RSV), a common respiratory virus that children usually get before they are 2 years old (often in daycare). RSV can be very serious, causing approximately 57,000 hospitalizations for American babies and young children each year. RSV is also thought to rarely cause asthma, a disease caused in part by an overactive immune response – and “the younger you are when you have RSV, the higher the risk,” said Dr. med. Tobias Kollmann., A pediatric infectious disease doctor at the Telethon Kids Institute in Perth, Australia. If babies who would otherwise have caught RSV this year don’t do so, that’s a win. If they catch it later (almost all children do) the potential risks are lower.

However, the opposite can be said for other infections. Cytomegalovirus (CMV) and Epstein-Barr virus (EBV), two common infections caused by herpes viruses, cause few serious symptoms in young children and young children. But if older children catch them, they can cause infectious mononucleosis, a debilitating disease that can last for months. Even in rare cases, children with mono have more serious complications. Your spleen can rupture, which can be fatal.

Measles, mumps, and chickenpox are other infections that can be more serious if caught by older children. In the US, however, vaccines can prevent these infections.

Interestingly, children who acquire CMV at a young age can also gain additional immune benefits. (In the US, about half of the young adult population has CMV; in developing countries, the percentage is closer to 80-90%, although people rarely know whether they have it or not.) The virus persists and has persisted in the body for life like other herpes viruses, developed together with humans for many millions of years. It has “a huge impact on immunity,” said Dr. med. Sallie Permar, a pediatric immunologist at Duke University School of Medicine.

Many of the CMV genes directly shape our immune responses and expand the population of certain immune cells in our body. Research has shown that young people with CMV have a stronger immune response to the flu vaccine, and scientists speculate that CMV might boost the immune system’s ability to fight off other pathogens.

Benefits of Early Exposure to Microbes, Allergens, and Insects

Infections aren’t the only things to consider, however. When children are with other children, they share microbes that may not necessarily make someone sick but could be good for immunity development as they create a heartier ecosystem of microbes in the body or microbiome.

In a 2015 study, researchers looked at African baboons who had similar behaviors and diets and overlapping environments, but differed in one major way: one group engaged in social care – they touched and took in each other – the other Not. They found that the baboons that groomed each other had more similar microbiomes, suggesting that social contact leads to meaningful microbial exchange.

In another 2015 article, researchers theorized that people who isolate themselves from one another and spend most of their time inside may “decrease our exposure to richer microbiomes from other sources, thereby limiting the development of our immune systems.”

Another reason more exposures can be better is that when young children are regularly exposed to small amounts of potential allergens – such as pollen, eggs, peanut butter, and shrimp – they train their bodies to handle these things well in the future .

“The idea is that if you’re exposed to something over and over again, instead of having an overactive response, you become tolerant,” Permar said. (Pediatricians always told parents the opposite: they should wait until their babies are older to introduce allergenic foods. However, clinical studies done in 2015 and 2016 showed that earlier exposure is actually better and the American Academy of Pediatrics has changed its recommendations.)

Other research suggests that better exposure to “good” errors is better. Babies given antibiotics that kill the microbes in their microbiome are at higher risk of developing asthma, eczema and allergies, while children who grow up on farms and are surrounded by animals that harbor all kinds of microbes, among other things, are one less risk of developing the same conditions.

An unpublished experiment from 2019 reported that babies raised on farms have more gut bacteria that are known to reduce inflammation. A theory known as the “old friends” hypothesis, developed in 2003 by British microbiologist Graham Rook as a replacement for the hygiene hypothesis, suggests that frequent exposure to harmless microbes that co-evolved with humans may contribute to this to exercise the developing immune system.

“You need that microbial exposure to really fully develop your immune system,” said B. Brett Finlay, Ph.D., a microbiologist at the University of British Columbia and co-author of Let Them Eat Dirt: Saving Your Child From One . ” Over-sanitized world. “

“Our immune systems are built to be exposed to things early in life so we can be ready for the rest of our lives,” he added.

Does this mean that if your kids stay home all year, their immune systems are doomed to fail? No. Because when it comes to how the immune system is developing, “there are so many things to consider,” said Dr. Ruchi Singla, a pediatric allergist and immunologist at the University of Chicago Medicine. “Just as the immune system is so complex, all things that affect it are so complex.” Immunity, for example, is largely shaped by genetics, which means that what your kids do or not do this year only affects certain aspects of their immunity.

“No one size fits all”

As a result, when researchers try to figure out how certain behaviors and decisions influence immune responses, they don’t always get clear answers. Dozens of studies have attempted to understand the health effects of attending a daycare center by comparing children who attend daycare with those who stay at home in hopes of differences in the rate of allergies, asthma, and other immune-related ones Identify diseases. However, the studies largely contradict each other; When one study comes to one conclusion, another often contradicts it. Given that so many factors shape immunity, Permar said if isolating our children for a year or two has an impact, “it will likely be subtle.”

Families staying home this year can also take other measures to offset the potentially negative effects of isolation. Some mothers may breastfeed their babies longer than they otherwise could have done, Finlay said, which could boost their immunity since breast milk contains maternal antibodies. (However, the evidence on how breast milk affects immunity is also mixed.)

Families may also spend more time outside than usual, where they are exposed to more diverse microbes. Many families adopted pets even during the pandemic, and research suggests that owning pets (especially dogs) reduces the risk of eczema and asthma. The result is that the effects of coronavirus-induced isolation “are not one size fits all,” Finlay said.

Send your kids outside if you can. Go for walks and hikes together or just let your children play outdoors. Playing outside not only exposes children to good microbes in the environment, it also helps children regulate stress – and stress can also affect the immune system.

Because children can also absorb our stress; The less we worry about how isolating our children might affect their immunity, the better. Instead, we can enjoy the rare but precious silver lining of the pandemic – so we may not have to buy 745 boxes of tissues this year.

Delta IV Heavy Launch: How to watch the world’s second most powerful rocket take off