Breaking News
Home / LifeStyle / Even an idiot can fix a Fairphone

Even an idiot can fix a Fairphone 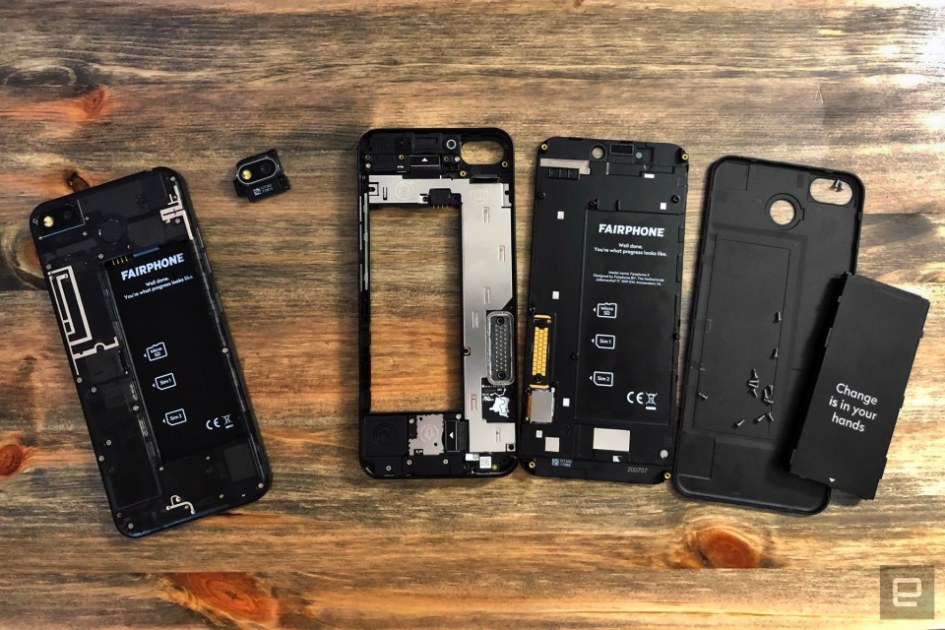 Even so, I got interested in Fairphone – the Dutch social company that makes a more ethical smartphone – and the claim that their phones are easy to fix, even for amateurs. I held back before the new handset was announced because I didn’t want to damage it before previewing the device. My loan unit was soon returning to Fairphone headquarters, so it seemed like a good time to look into it – not much risk of feeling guilty afterwards.

The company lent me both the FairPhone 3 and the 3+. I was told it would be easy to swap modules between the two. It made sense to try to pull the fancier camera module out of the 3+ and upgrade it to the 3. This is the upgrade that most people could and would try as you can buy the camera module and install it into the older phone. And if it̵

7;s simple enough, it may convince cautious buyers that owning a modular device is worth the effort.

So how did it go? Well, I had a bunch of documents from Fairphone, but even the company advises everyone to read the iFixit guides to walk you through the process. According to Fairphone, you can access any part of the phone by removing the 13 screws that secure the display module to the case. Accessing them is easy enough; All you need to do is peel off the back cover, flip out the battery and work with your screwdriver.

This took almost an hour, however, if only because I was nervous and the screws were held tightly in their slots. In fact, I had to take my screwdriver and pliers out of my glasses repair kit to pry them out. The most stressful moment came when I tried to push the screen away from my body very gently at first and then with increasing force. All I could think back then was how much I would owe Fairphone if I smashed the glass and how badly I could ruin my desk.

Then luckily the two modules split up and I was at the top of the world. I am MacGuyver! When I finished congratulating, everything else turned out to be easy. The phone’s camera module was connected with two screws and a ribbon cable that flipped out easily. Dismantling the Fairphone 3 to install the 3+ camera module took less time, now I knew what to expect. It went from an hour to closer to 15 minutes.

When it came time to put it all back together, I was overwhelmed by how easy it all was. It felt more like building an IKEA piece of furniture than replacing complicated electronics. I didn’t even have a screw left in the end or a persistent sense of failure.

Although the European Union is trying to impose minimum standards of repairability on electronics, this whole process reminded me of what was lost when major phone manufacturers started evaluating water resistance and thinness versus repairability.

My own three-year-old iPhone 8 Plus is in poor shape, or at least the battery, which now needs to be fully charged at lunchtime to get through the day. I’ve been holding back on upgrading so far, just in case the iPhone 12 is amazing enough to warrant a purchase.

Otherwise, I’ll trudge to my nearest repair location to swap the battery out for £ 50 ($ 49) and let it run for another two years. It’s just a shame I can’t just do this myself. I have the talent for it now.