Facebook offers a co-viewing experience in Messenger “Watch Together”. 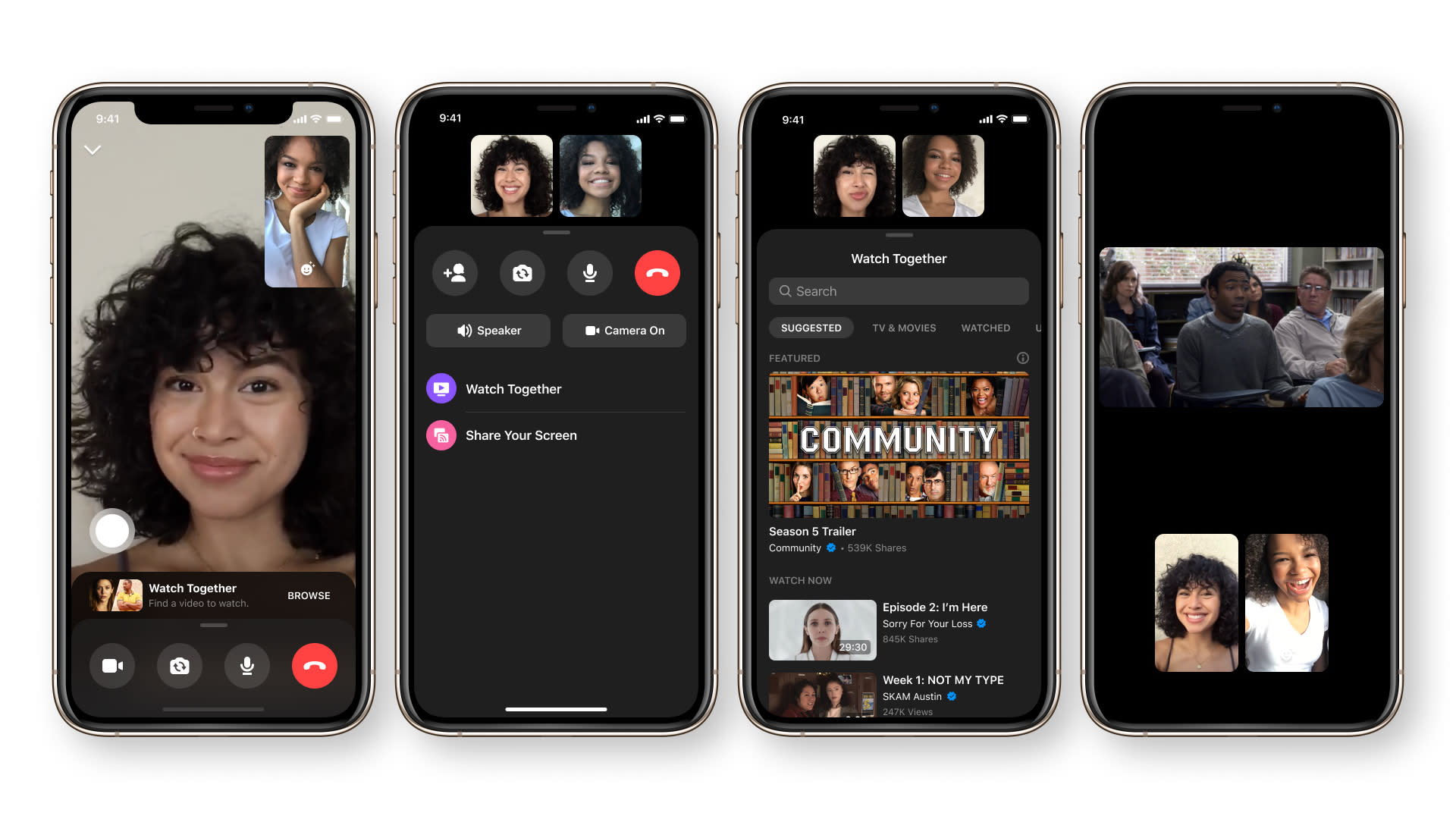 Facebook today is introducing a new feature that allows friends and family to watch videos together on Messenger. The Watch Together feature works with all Facebook Watch video content, including original programs, user uploads, creator content, live streams, and soon music videos. At the start, the co-watching experience can be used by up to 8 people in a messenger video chat on mobile devices or by up to 50 people in messenger rooms.

The COVID-19 pandemic has encouraged a number of streaming services – including Hulu, Plex, and Amazon Video – to use similar co-viewing features or at least unofficially allow third-party apps like Netflix to co-watch party.

Facebook didn’t just jump on this bandwagon, however. At its F8 developer conference two years ago, the company announced its plans to develop a co-viewing experience for Messenger. And the product has been in development ever since.

Introducing something like co-viewing in Messenger is a significant technical challenge. The service is integrated into the Facebook Watch CDN (Content Distribution Network) in order to access the videos in Messenger. A system was then developed to allow close synchronization between the streams of different users of the same video. Again, this can be difficult as someone in a rural area may have slower bandwidth speeds than someone on an urban subway, but the service needs to make sure they are watching the same portion of the video at the same time.

To use this feature, users must first be in a messenger video call or room. They cannot be started from the Facebook Watch tab or anywhere else. You can start a co-watching session via Messenger by selecting the new option from a drawer that is displayed at the bottom of the screen. According to Facebook, this feature is initially only available on iOS and Android mobile devices.

Using the user interface that is displayed, users can then search or search to see something together. Facebook Watch content is divided into categories such as TV & Movies, Watched (your recently viewed content), Uploaded (your own videos), and Suggested.

While users cannot create playlists or queues, all attendees can help with video choices. That is, there is not one person who directs the experience for others. Everyone can also pause, pause, jump forward or backward in the videos.

While many are using the feature for some sort of lean back co-watching experience, it has another potential. For example, a group could get together to watch a fitness video and exercise together.

Although official music videos recently became available on Facebook Watch, thanks to Facebook’s new deal with record labels, they’re not immediately available in this co-viewing experience. However, Facebook says they will be added over the next few weeks, initially in the US, India, and Thailand to get started. Each market will also have localized TV & Movies content.

The function will be introduced worldwide for iOS and Android. However, Facebook intends to roll out web support in a few weeks, and other platforms like the desktop will follow suit.