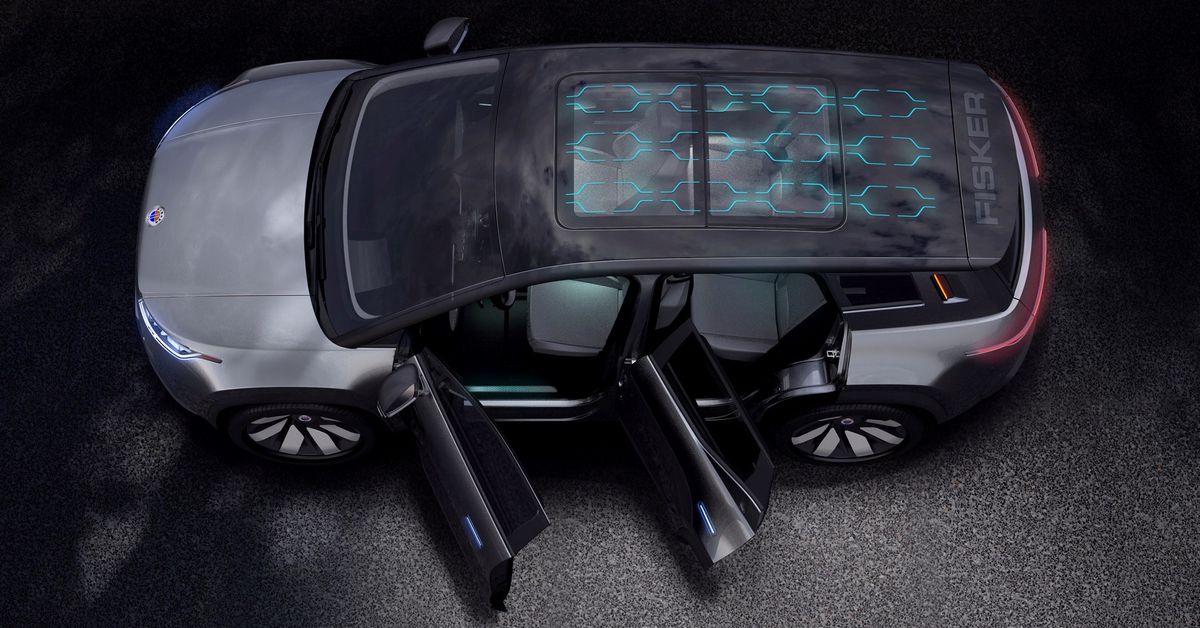 EV startup Fisker Inc. plans to power its first SUV with Volkswagen’s mass-produced modular electric vehicle platform (MEB), and it is said it is in talks with the German automaker to do just that. In fact, the prototype SUV that Fisker Inc. unveiled at the Consumer Electronics Show 2020 was built on the MEB platform.

Fisker Inc. presented all of this in an investor presentation put together to become a listed company on the New York Stock Exchange that the startup officially announced on Monday. The presentation was one of many pages of documents filed with the Securities and Exchange Commission by the listed company Fisker Inc., which plans to merge with the Spartan Energy Acquisition Corporation founded by the investment company Apollo Global Management.

Fisker plans to become a listed company on the NYSE

Volkswagen announced the MEB platform in 201

8 as part of its multi-billion dollar move into electric vehicles. It consists of a modular battery pack that can be adapted to vehicles of different sizes, a motor and other electronic devices – basically all the technical basics that are required for the movement of an electric vehicle. All upcoming Volkswagen ID electric vehicles will be built on the MEB platform and will also power certain vehicles from Volkswagen Group brands such as Audi, Seat and Skoda.

Volkswagen has announced it will sell access to MEB, an idea that has already attracted Ford, who will build a commercial vehicle powered by the German automaker’s platform. But it is also open to partnerships with startups. The first attempt with Germany’s e.Go Mobile failed after the small startup went bankrupt.

Now the automaker is considering working with Fisker Inc. The prototype of his Ocean SUV, which was built by Volkswagen subsidiary Italdesign, apparently serves as a test for the extent to which a startup can distinguish the design of an MEB vehicle.

Volkswagen says that no agreement was reached

“Volkswagen is still open to support small series projects that demonstrate the variety of concepts based on the MEB platform through their emotional appearance,” said a spokesman for Volkswagen in an email to The edge. “In consultation with Volkswagen, the Audi subsidiary Italdesign has now used the MEB platform as the basis for the development of the Fisker Ocean SUV. However, a final decision about a possible collaboration with Fisker in the implementation of a series project has not yet been made. ”

Using the MEB platform from Volkswagen to power an affordable SUV would be a U-turn for Fisker Inc., founded in 2016. Founder Henrik Fisker promoted a luxury sedan in the early years, claiming that developing a solid-state battery would last longer and be easier to build than the lithium-ion batteries that power modern electric vehicles.

Slowly but surely, Fisker’s plans for the solid-state battery continued to slide into the future, and he eventually turned the company to develop the Ocean, a subscription-only SUV that was designed to run on lithium-ion batteries.

Using Volkswagen technology would be a major reversal of Fisker Inc.’s original goal.

Fisker Inc. signed a memorandum of understanding with Volkswagen in November 2017 and a more detailed “cooperation agreement” in December 2018, the investor presentation said. A “cornerstone agreement” to complete costs, production capacity and schedule is expected to be signed in July 2020. A delivery and manufacturing agreement is expected to be signed in the second half of this year. If these agreements are made, Fisker Inc. expects to build 50 to 100 pre-production cars by the end of 2021 and begin production by the end of 2022. Fisker Inc. has also informed investors that two more vehicles are on the MEB platform.

Electric vehicle startups have spent billions of dollars on becoming the next Tesla, and many of them have designed their own electric vehicle architecture with the aim of either licensing this technology to other companies or attracting a technology buyer.

Few have accomplished anything nearby, with Rivian – who builds vehicles for Amazon and Ford based on his EV platform and invests billions of dollars – the most obvious exception.

This pitch becomes even more difficult when a company like Volkswagen does the same on a larger scale and at a lower cost. Volkswagen’s willingness to work with Fisker Inc. would be a kind of life raft for a hopeful automaker who didn’t have a clear path to mass production, but could put even more strain on other startups struggling to survive.