Gateway is back selling AMD-based budget laptops at Walmart 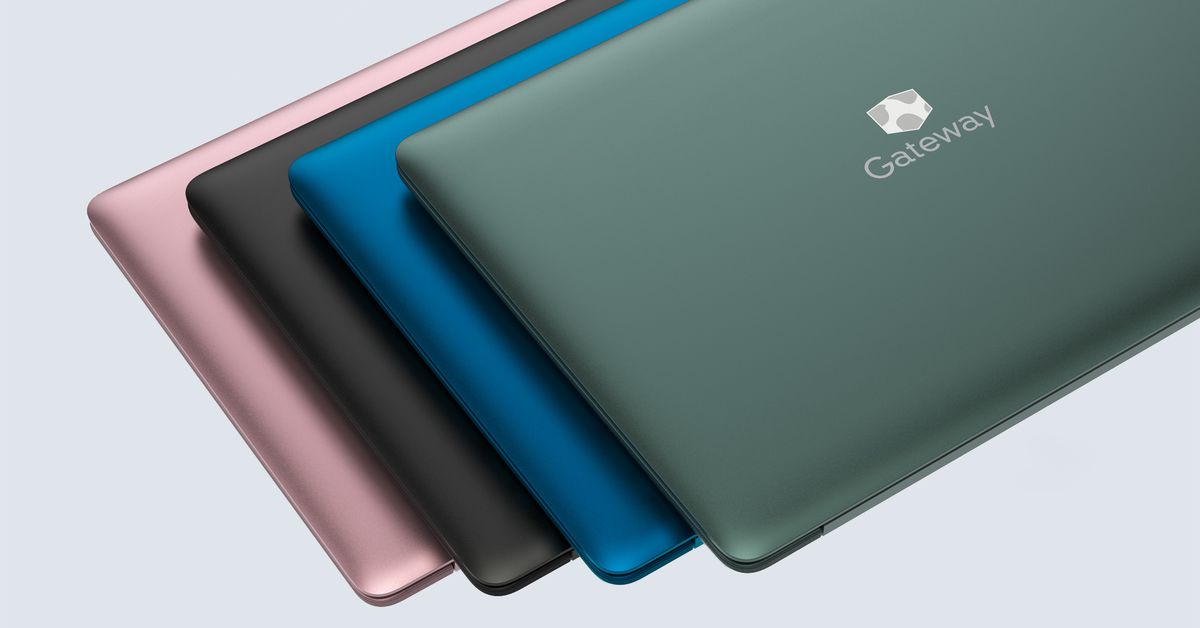 Gateway, the biggest 90s PC brand with the iconic Cow-Spotted logo, is back – well, kind of. Acer now owns the company and has decided to resell Gateway branded laptops exclusively at Walmart.

As is often the case with Walmart-exclusive laptops, the main draw is price. The cheapest is the Gateway Ultra Thin series, which starts with an 11.6-inch laptop for $ 179 with an AMD A4 and goes up to a 15.6-inch model for $ 499 with a Core i5 enough. There’s also a $ 199 (2: 1) 11.6-inch touchscreen that’s powered by an Intel Celeron processor. The names aren̵

7;t very interesting, but they come in a variety of fun colors, including purple, blue, green, and rose gold, as well as black.

At the top end is the Gateway Creators series, two 15.6-inch laptops for media editing and gaming. No funky colors on these – they only come in black – but they seem to have some decent specs. You can choose the $ 799 rig with a Ryzen 5 4600H and an Nvidia GTX 1650 GPU, or a $ 999 model with a Core i5 and an RTX 2060. This puts them one step higher in price than the Ultra Thin series, but are still reasonably priced as creator focused machines go. I’d guess that’s at least partly because they don’t seem to have a lot of storage – only 256GB each.

If you’d like to pick one up, you can order it from Walmart today.