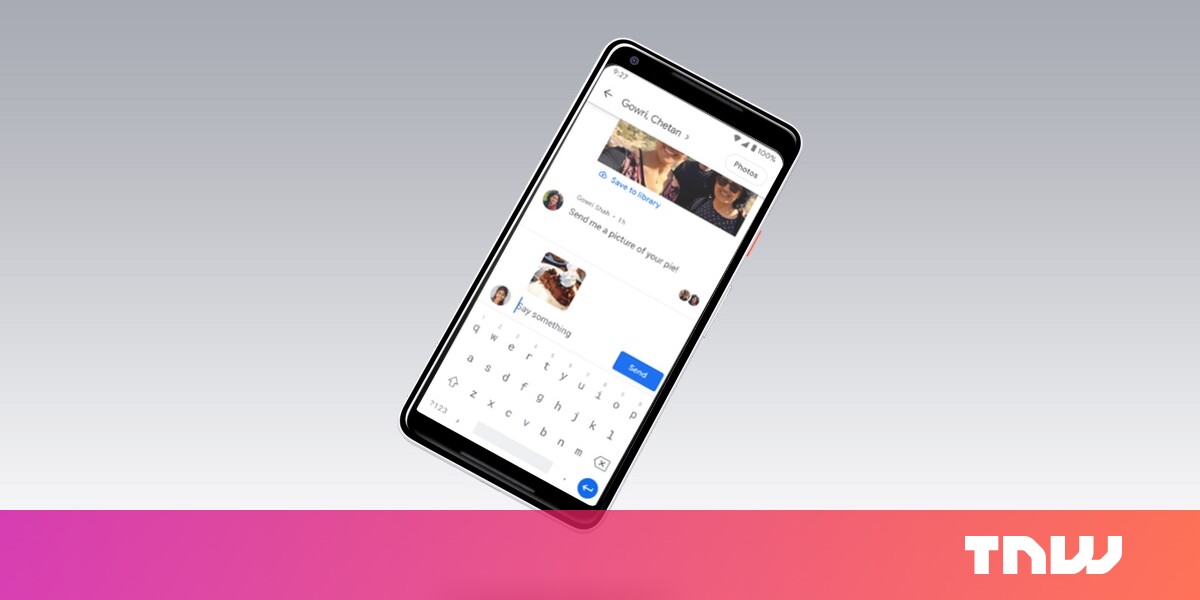 Google has a notorious habit of launching a new messaging app from time to time. The lineup includes both active and inactive names such as Google Talk, Hangouts, All, Duo, SMS Messenger, and the RCS-based chat app. Now one of the most unlikely places – Google Photos – is launching a message feature.

You heard it right. You can send your photos and videos through a chat interface in the app.

Google said it was always possible to share photos via links or albums, but it wanted to make the experience of sharing one-time photos easier:

You could always share individual photos through the app by creating an album for a single photo and sharing the link. However, we have heard from some of you that this could be a simpler experience. So, if you share one-off photos and videos, you have the option to add them to an ongoing private conversation in the app. [19659006] While it may seem intuitive and useful at first, many people use photos or links from Google Photos to share them on other platforms such as Messenger, WhatsApp, Instagram, or Twitter. In these cases, it's always better for someone to retrieve the link and download the photo to their library. If you share multiple photos, creating a shared album is a better option than sharing in a chat window.

Google has a habit of ending chat apps, including Google Talk and YouTube Chat (yes, there was). So we do not know if this service will last longer. Use it better without it being killed.

The feature will be launched next week on Android, iOS and the Internet.