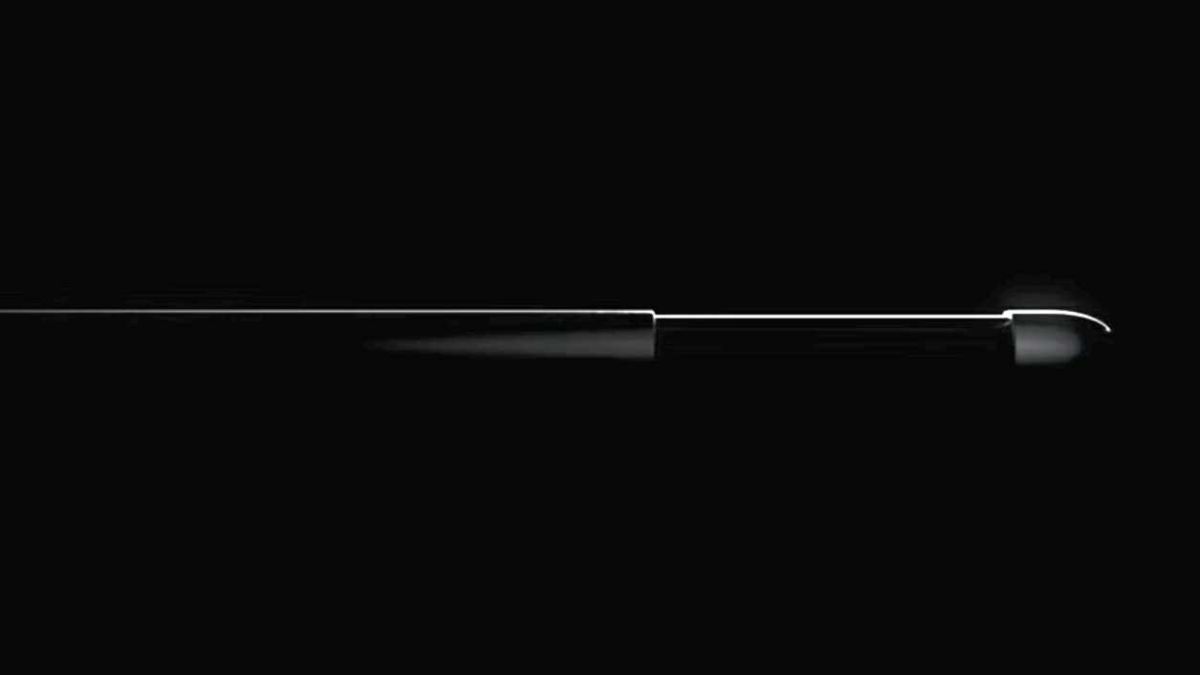 LG Wing, the new 5G smartphone with a swiveling display, was announced on Monday via a recorded virtual announcement. At the very end of that 45-minute presentation, the South Korean tech giant also teased another device with an expanded display.

Although the presentation lasted a few seconds, the darkened profile of a smartphone was visible and appeared to have an extendable chin. That leads us to believe that LG is keen to push their Explorer project, which promises all sorts of new designs for phones.

The presentation showed the new phone in the past 13 seconds. In fact, the event ends with the smartphone’s silhouette completely expanding into a single display that glows and transforms into the words “Hold your Breath”, followed by the title LG Explorer Project. The clip was made available by CNET, which first discovered it.

There was no official commentary on this short clip, but that’s obvious as LG doesn’t want anyone to steal the thunder from the LG Wing. Especially since it’s probably the first of many crazy designs and unique use cases that we can witness from the company’s Explorer project.

When the world goes crazy for leaflets, LG seems to suspect that expanding the phone’s displays could lead to fewer durability concerns. Some of you may remember that TCL showed us a similar form factor earlier this year. Mind you, this design was eye catching too.

In fact, LG was no stranger to such ideas as it released its modular LG G5 in 2016 that allowed users to remove important hardware components such as batteries. In early 2014, it had the G-Flex with a contoured display. Since neither of them really caught the user’s imagination, LG returned to the traditional designs.

The Korean company had summarized a little insight into how the LG Wing works with two in one device. Instead of unfolding like foldable devices or LG’s earlier phones with dual-screen peripherals, the LG Wing 5G swings its screen out horizontally to reveal a smaller half-screen underneath.

For now, we can be sure that the LG Wing 5G is the first device from LG’s ‘Explorer Project’ designed to envision what phones could be. Here is the hour-long launch video where LG managers discuss the logic behind the LG Wing.

It has been confirmed that the LG Wing is coming to the USA. An exact release date or whether the phone will land in the UK and Australia is currently unclear, as is the likelihood of an Indian launch.