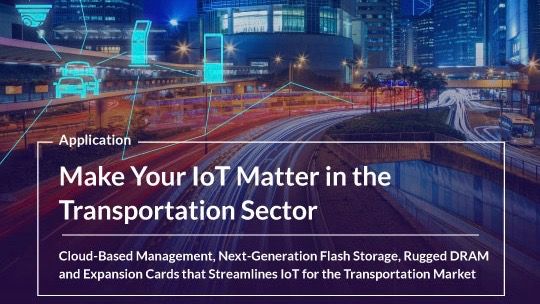 The Internet of Things (IoT) has hit a wall: latency. Every new IoT device adds an endless stream of data that cannot be processed until it reaches the cloud. The further the device is from your servers or the more trivial the data, the longer it will take to find and act on it relevant Data.

With an estimated 50 billion IoT devices worldwide, the traditional cloud-based IoT has reached a breaking point. Data takes too long to compute, which primarily undermines the benefits of data collection. That’s why engineers turn to it Edge computing: Devices can process and react to data locally, eliminating the latency problem.

Think about whether a traffic camera detects a crashed car or a factory sensor detects a chemical leak. Typically, your device lacks the processing power to signal that something is unusual. It just sends a constant stream of data to the cloud, where systems engineers have to spot a needle in the middle of a haystack of routine data from every other device.

You can reduce catastrophic security delays by teaching your edge devices to interpret data in the field. Integrated into the AI ​​technology, they can react in fractions of a second without human input.

Surveillance cameras can store local data for facial recognition, allowing instant identification even if they lose connection to your servers. Specialist industries like casinos can use deep learning to investigate suspicious behavior and then send updates to your cameras so they can notify security immediately.

AIoT, which connects AI and IoT, has already become an essential part of manufacturing for various industries such as autonomous vehicles and aerospace. Autonomous delivery drones or intelligent cars cannot function with a delay because they have to make decisions in a split second in response to stimuli or are exposed to constant crashes. Aircraft have pilots, of course, but AIoT sensors embedded in aircraft parts can report device failures more quickly, reducing maintenance times and flight delays.

You may have noticed a pattern with these examples. AIoT works well with technologies that are critical to human safety. This means that (A) it must be completely isolated from cyberattacks and (B) it must physically also protected from damage or manipulation. And of course, it takes local processing and storage to handle complex neural networks.

As a basis, you should expand your Edge devices with a fast-loading CPU that has enough flash memory and system memory (RAM) for real-time data management. In addition, you will need physical modifications to suit your industrial needs.

Devices such as surveillance cameras require an isolated, encrypted LAN, which is ideally operated via Power over Ethernet (also known as PoE). Any device that is placed outdoors must work just as well in scorching hot summers as it does in damp winters. CPUs in cars and airplanes are prone to vibration and pollution, while medical devices must avoid any magnetization.

In order for your company to rely on AI instead of human operators, you need AIoT devices that can withstand the specific problems of your industry so that they do not fail in critical moments. That means trusting a hardware developer to create bespoke equipment based on your specifications. And as you can see in the video above, companies like Innodisk have specialty SSDs designed for virtually any environment or scenario.

Currently, most IoT devices are passive data collectors that your servers can process later. However, with Narrow AI, these devices become active security solutions: they eliminate latency and the need for human input, and they reduce the load on your cloud servers. With the right hardware to protect and respond to your data, your devices will become much smarter and more valuable to your business.