Huawei launches the updated HarmonyOS to challenge the US 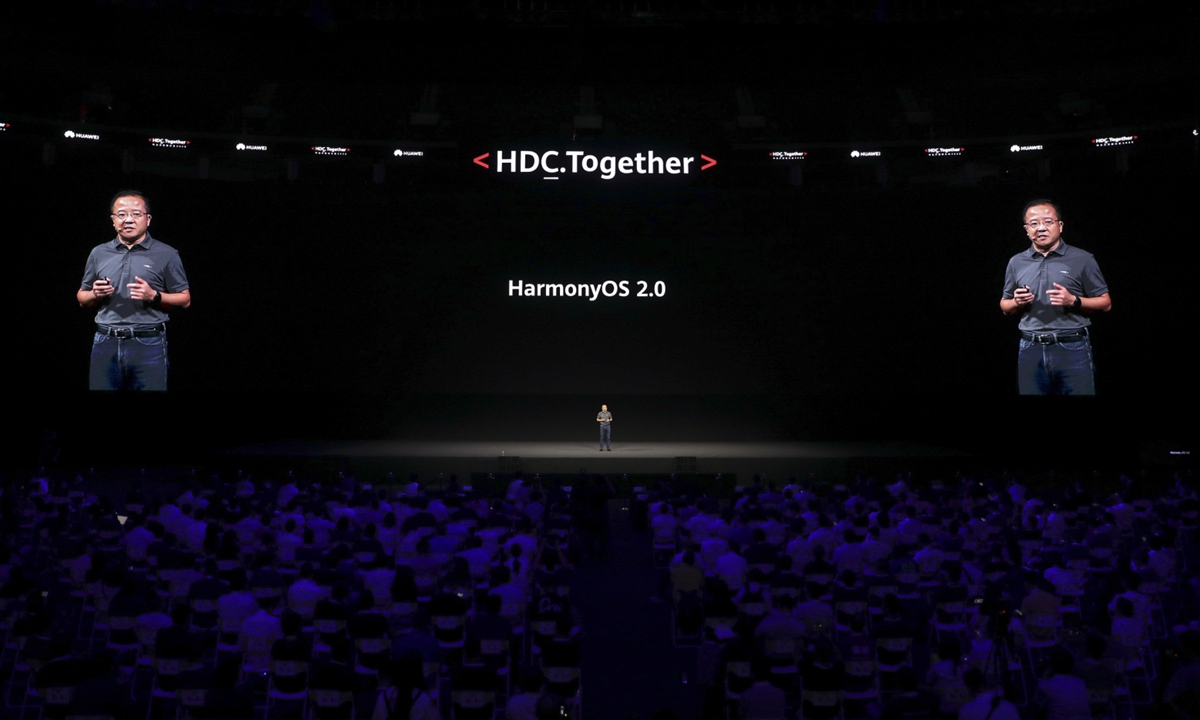 This could be one of the toughest moments for Huawei, China’s leading tech company that the US government has been targeting for over a year. The US-initiated tech war on China has severely disrupted the global supply chain, causing more industry officials to think deeper about how to survive the crackdown and reduce reliance on US-made technologies.

On Thursday, Huawei gave its answer to this technology war: Open up to global developers and build the third largest mobile ecosystem after Apple̵

“No break, no stop. Let’s play together” is the slogan of this year’s Huawei Developers Conference 2020 (HDC2020), which began on Thursday in Dongguan, southern China’s Guangdong Province.

The event came about when the U.S. government issued a new rule in mid-August that was supposed to prevent Huawei from acquiring chips that were designed or manufactured using U.S. technology and software. This is widely seen as a threat of death to Huawei’s high-end smartphone business.

The year-long US ban also put the Chinese company’s operating system at risk, as it could also prevent Huawei from accessing Google’s Android updates and security patches.

A number of developments in Huawei’s proprietary HarmonyOS operating system, EMUI 11, and its own Huawei Mobile Services (HMS) Core 5.0 ecosystem are seen as a direct reaction by the Chinese tech giant to the Trump administration’s expanded ban as the US-China technical cold war is heating up emerging, posing a serious threat to the global supply chain, especially as September 15, the deadline for the cessation of shipments of chipsets to Huawei, approaches.

“If someone turns off the lighthouse, how could we navigate,” said Ren Zhengfei, the company’s founder, who recently asked the question publicly, as US measures are seen not only as escalating competition but also as a warning shot for other Chinese technology companies . who also depended heavily on US-made technologies.

Shutting the world off or opening up to it in growing uncertainties overseas? Richard Yu Chengdong, CEO of Huawei’s Consumer Business, presented a slide show at the HDC2020 opening event showing that “No one can turn off all the starlights. Every developer represents a spark light,” referring to “a single spark could begin. ” a prairie fire. “- a well-known quote from Chairman Mao Zedong. 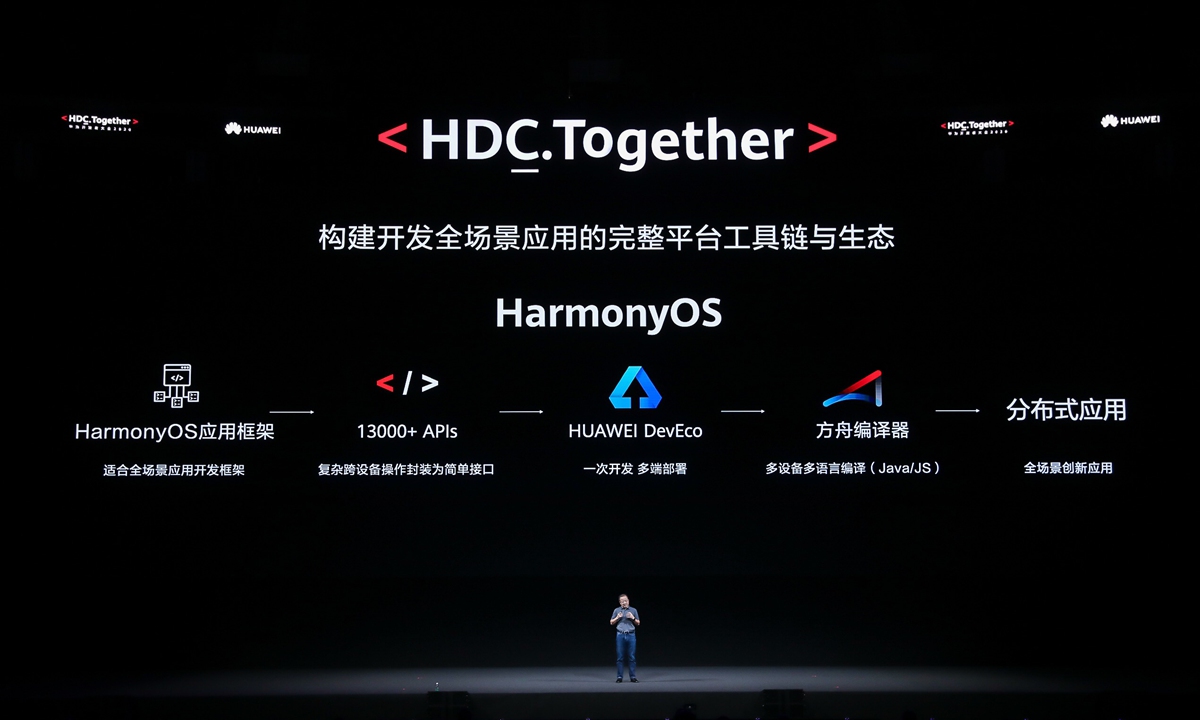 Mobile ecosystem made in China

Huawei has released the test version of its updated self-developed operating system HarmonyOS 2.0 for developers. According to Yu, a version for mobile phones will be released in December. “HarmonyOS will be used in smartphones for the next year,” he said.

The Chinese tech giant saw 105 million smartphone unit shipments in the first half of 2020, with total sales of 255.8 billion yuan ($ 37.4 billion) for its consumer business, the executive said. Since the US ban in May 2019, Huawei has actively developed both an application and a hard device ecosystem.

The company currently has 1.8 million developers and 490 million active users in its ecosystem. This makes it the third largest ecosystem after iOS and Android, which was developed by US competitors Apple and Google.

In view of the escalating action of the US government, Huawei can now only face this crucial reality and accept these unfair sanctions. The introduction of its in-house developed core technologies will accelerate the restructuring of the new supply chain. Fang Xingdong, founder of Beijing-based technology think tank ChinaLabs, told the Global Times on Thursday.

“We have to take a long-term look at this struggle, five to ten years. The years to come will certainly be difficult for Huawei, but by stepping up its efforts, the company will become stronger along with China’s high-tech sector,” said Fang.

The three-day HDC2020 invited developers from all over the world to explore various topics, including application development based on HarmonyOS from Huawei and the development of intelligent devices based on the operating system, as well as topics such as security and data protection from HarmonyOS and HMS and their ability to to be used in foreign markets. 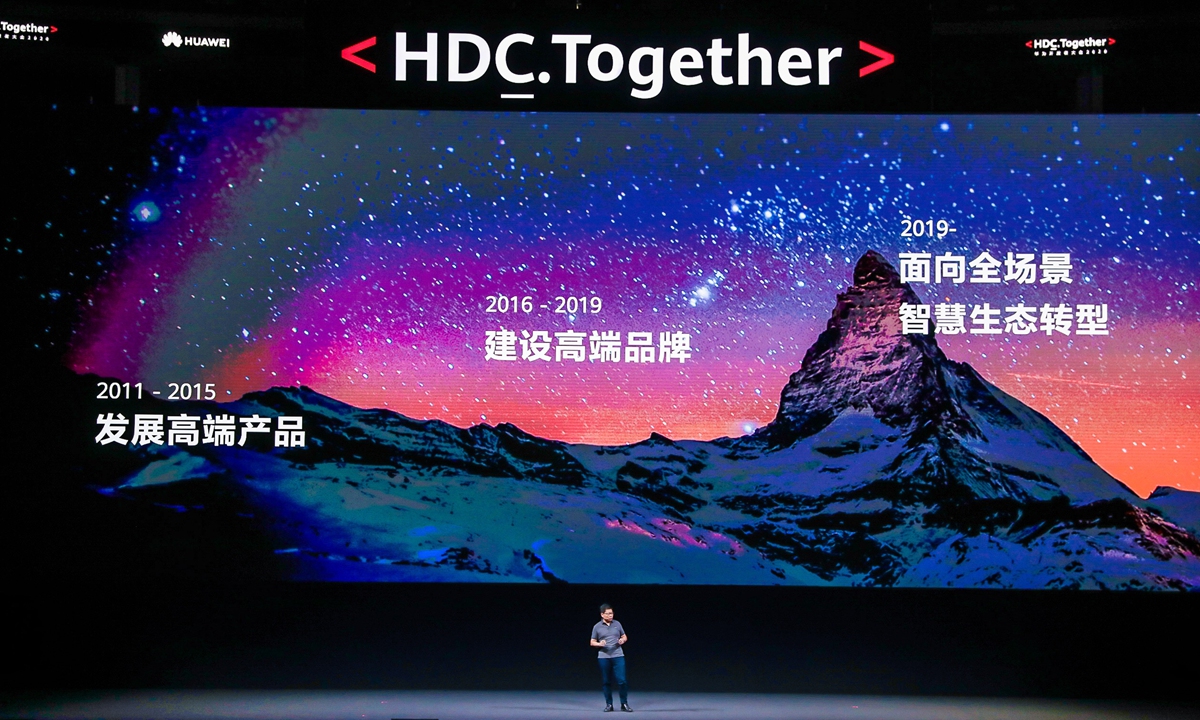 At Songshanhu, Huawei’s research and development (R&D) base – a campus-like center built as a collection of replicas of European landmarks – young Huawei employees, an average of 28 years old, most of them technicians and programmers, have worked in The clock worked around the world to catch up against the US ban.

What if Google prohibits Huawei from accessing Android’s map, search, and other services? In developing these services on its own operating system, the HMS aims to provide five main services including Maps, Search, Payments, Surfing, and Viewing.

Over the past nine months, the Songshanhu Center has grown into a major battlefield, bringing together thousands of research and development workers across the country to achieve the goal of resolving the US ban.

At the research and development center of the Chinese technology giant, it is often found that 90 percent of office lights are on until late at night. Some Huawei employees told the Global Times that they often hold online meetings with their colleagues overseas at midnight. This persistence is widespread. The attitudes of these workers have become a primary reason the US failed to achieve its goal of “crushing” the Chinese tech giant.

“We hope to win this battle so we don’t bother to reach our goal,” a Huawei employee told the Global Times on Thursday, which was also on a conference call during their early morning coffee break. 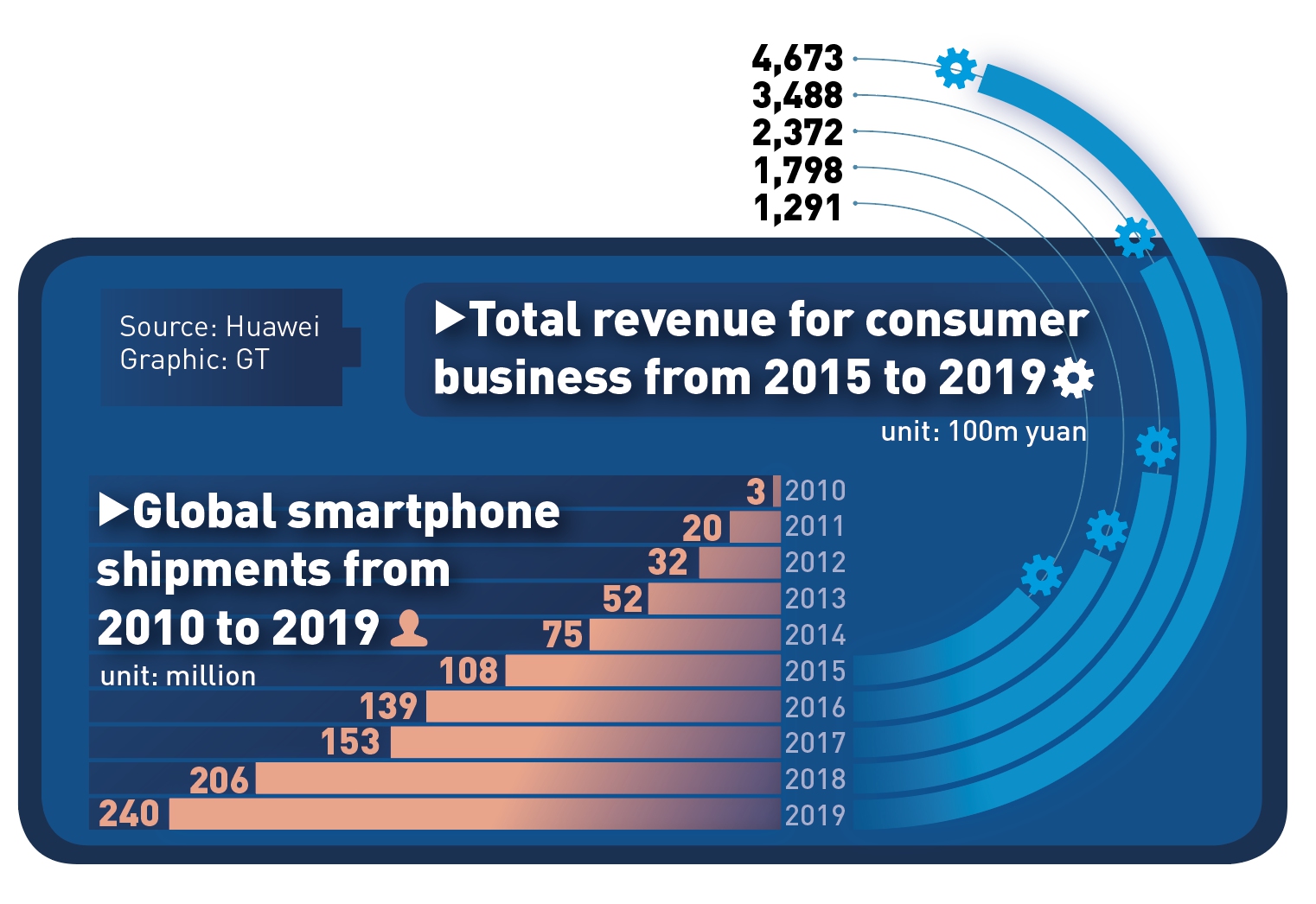 Huawei is accelerating the development of its own operating system and mobile ecosystem, and it also has a bigger goal of challenging the existing mobile system, which some US corporate executives consider a monopoly.

“We’re building HMS and we’re inviting more overseas developers to join our ecosystem to break down this monopoly,” Wang Yanmin, who is responsible for global ecosystem development for Huawei’s consumer business, told the Global Times on Thursday.

“I don’t see a deadline for me [for cutting off chipset supplies]”Said Wang, noting that under pressure from the US, Huawei employees can now do their jobs, build an open platform and let everyone show their worth.

“The pressure is always there,” he said.

For some executives at Huawei, HarmonyOS 2.0 is an opportunity to bring software developers together, particularly in China, to give a boost to native software technologies.

“At least we have this only option if the US continues to sanction us,” Wang Chenglu, head of software at Huawei, told the Global Times.