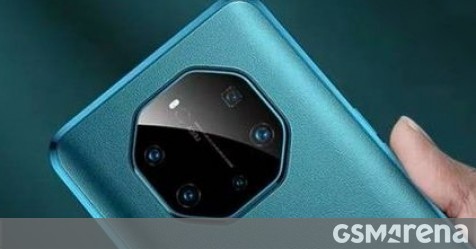 The announcement of the Huawei Mate 40 series is slated for October 22nd – that’s next week, and details remain strangely rare. So far we know that the phones are powered by an in-house Kirin 9000 SoC with an integrated 5G modem, a chip that Huawei doesn’t seem to have too many units of. Charging with 66 W is also in progress, and a competent camera system is of course arranged in at least one of the models in an unusually shaped cluster. 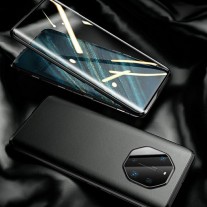 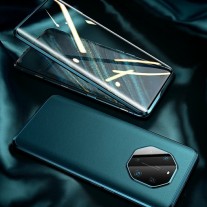 It’s the camera setup we’re getting closer to today thanks to a series of case renders. This time the pictures leave no doubt about the exact shape and show an octagonal glass window behind it – at least 5 cameras. The easiest way to see the periscope telephoto is in the upper right position. Judging by the lens size, the one below should be the main camera, although it could well be the same, given Huawei’s history of ultra-wides with large sensors.

There are two more cameras on the left, and we wonder if one of them is a medium-range zoom to fill the gap between the main gunner and the periscope telephoto. This could itself be the P40 Pro + ’10x zigzag unit or, more likely, the P40 Pro’s “simple” 5x module. In any case, we speculate that this is the all-out Pro + model as opposed to a mainstream pro.

There’s also a smaller module along the center line of the phone at the bottom of the octagon. This could be a macro cam, or a depth sensor, or a ToF receiver module – that type of depth module itself, of course. 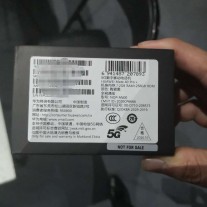 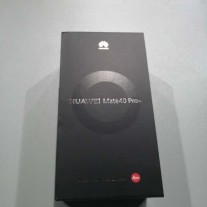 From another corner of the internet we also get a few pictures of a sales box for the Mate 40 Pro + – at least it says explicitly “Plus”. It bears the model name NOP-AN00, supports 5G (duh) and has 12 GB of RAM and 256 GB of storage. ‘Ceramic Black’ is the color written in Chinese, and that’s pretty much all of the useful information we can extract from the box.

More details will surely be known next week – the start is scheduled for Thursday and we will certainly discuss it for you.