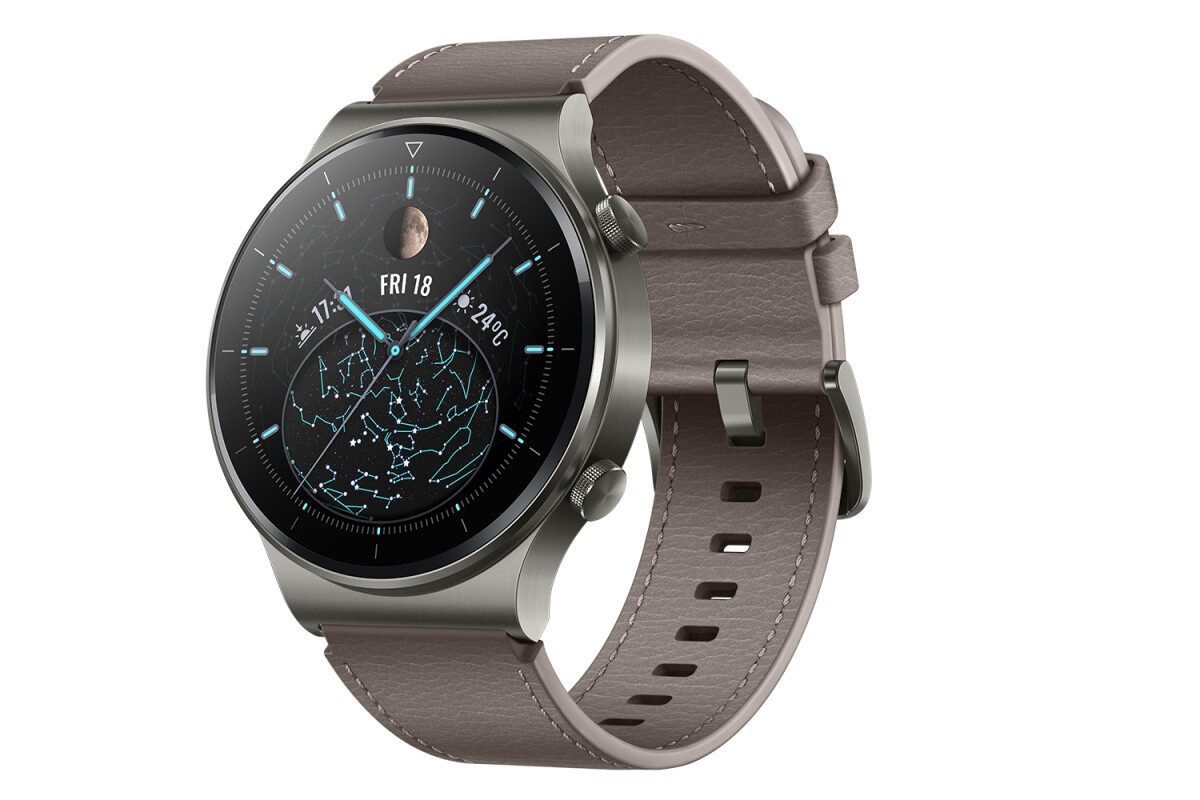 Aside from the confusing and unnecessarily tangled name, this bad boy has a ton of nice things going for it, both in terms of design and health monitoring, although it’s not entirely clear what exactly makes the new device so different the regular Watch GT 2 deserves the pro nickname. Starting at a price of 329 euros, the premium smartwatch is expected to be complemented by a much more modest Huawei Watch Fit for 129 euros to select European markets this month. There is currently no information on official availability in the USA.

Sapphire, titanium, and wireless charging are the big new things

While the Pro-Label has generally been associated with upgraded specs and under-the-hood improvements in the mobile tech scene, The “new flagship smartwatch” from Huawei is apparently mainly about cosmetic improvements and improvements in build quality.
While the Watch GT 2 by no means looks ugly or cheap, the Watch GT 2 Pro takes both its elegance and sturdiness to the next level by mixing titanium with sapphire. In case you are wondering The Samsung Galaxy Watch 3 is also available in certain European and Asian markets in a special titanium edition at a considerable price compared to standard stainless steel models. As you probably already know, titanium is a much tougher material than stainless steel or old-fashioned aluminum. In combination with a sapphire glass bottom and a sapphire screen protector, the Huawei Watch GT 2 Pro is strong enough for outdoor adventures without any additional bulk. And no, the titanium-made Galaxy Watch 3 variant, despite its sky-high price, does not come with sapphire crystal, as far as scratch-resistant Gorilla Glass DX technology is concerned.
In the absence of life-saving features like EKG monitoring or When it comes to fall detection, the latest Android- and iOS-compatible high-end device from Huawei primarily uses a standard heart rate monitor to at least improve the well-being of its wearer. Still, the company claims its proprietary TruSeen heart rate tracking technology is “the most advanced” and provides “more accurate readings” than ever before.

The Watch GT 2 Pro is also able to “scientifically” monitor your sleep quality as well as monitor “all day” stress and blood oxygen saturation (SpO2). Of course, you also get standalone GPS connectivity and more than 100 training modes to choose from, all in one sleek package with a sharp 1.39-inch AMOLED display that promises to last up to two weeks under “typical user scenarios” to stay charged.

Speaking of which, charging is wireless for the first time on a Huawei smartwatch, which greatly improves this bad boy’s convenience by eliminating the need to take the company charger with you everywhere you go. This is especially handy as the Watch GT 2 Pro can track everything from skiing, snowboarding and swimming to frequent travelers and sports enthusiasts.

For € 329 you would like to order a “Sport” edition with a silicone strap, while a “Classic” version with a leather strap costs an additional € 20. Although it definitely seems unlikely that we’ll ever see the officially released smartwatch in the US, the original Huawei Watch GT came to the US so you never know.

While the Huawei Watch GT 2 Pro is cheaper than both Samsung Galaxy Watch 3 and Apple Watch Series 5 can certainly be considered extravagant by company standards. This is where the ultra-affordable Watch Fit comes in, which packs a ton of smarts into a sleek and slender body that weighs 34 grams.

While this is by no means the most flashy wearable device in the world, the green, pink, orange, and black color options are definitely a nice touch enhancing the “smart sports watch” aesthetic.

By the way, if the Huawei Watch Fit looks familiar, it might be because it’s practically identical to the recently introduced Honor Watch ES. Hence, you won’t be surprised to hear that the “new” device mirrors its “cousin’s” 10-day battery life promise, as well as continuous heart rate monitoring technology, sleep tracking and an SpO2 sensor measuring blood oxygen saturation.

Android Auto disabled in some Subaru cars after Android 11 update