Breaking News
Home / Technology / Inside Prince of Persia: The remake of The Sands of Time, the debut game for Ubisoft India Studios

Inside Prince of Persia: The remake of The Sands of Time, the debut game for Ubisoft India Studios 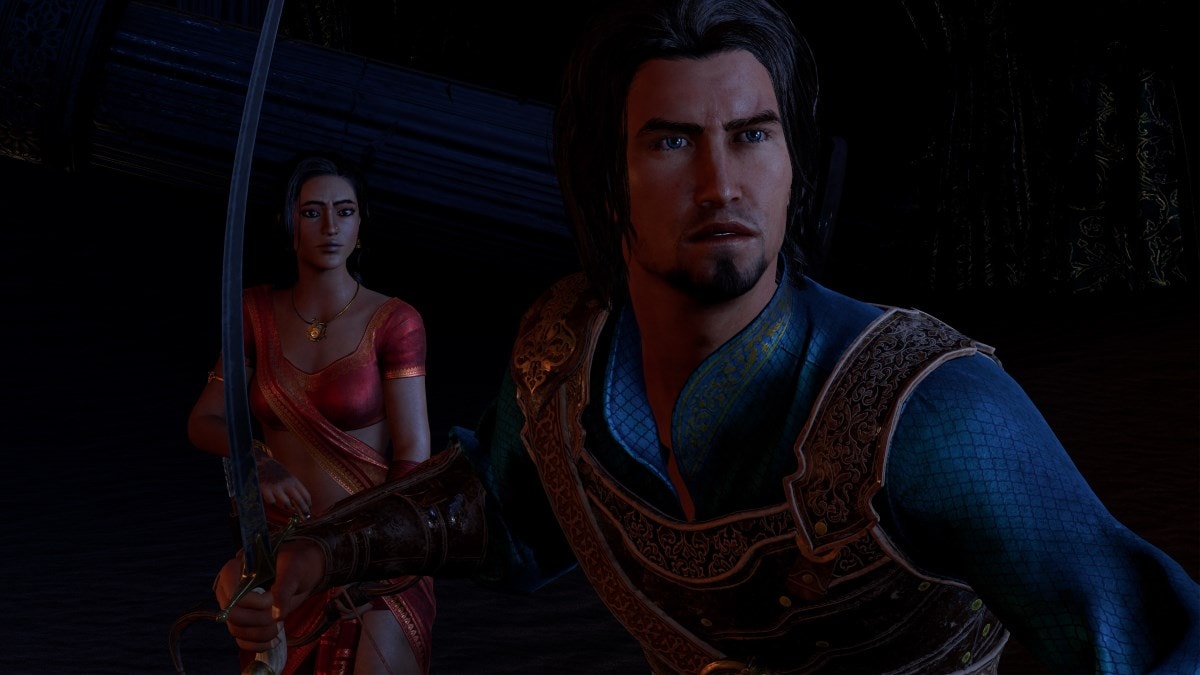 Prince of Persia turns back the clock. Seventeen years after the release of Prince of Persia: The Sands of Time, Ubisoft has announced its first full-fledged remake. And in some unexpected news, it is Ubisoft India Studios – the combined power of Ubisoft Pune and Ubisoft Mumbai – that are driving the development of the remake. Prince of Persia: The Sands of Time Remake – as it is officially called – is the very first title created by Ubisoft India Studios. It was created from the ground up with a new engine, newly recorded dialogues, and new camera angles.

More than 170 employees between Mumbai and Pune worked for over two years on Prince of Persia: The Sands of Time Remake, the goal of which is to get under the COVID-1

9 cloud. Ubisoft’s offices in India have been closed since March when the nationwide lockdown was announced. The gaming giant provided work-from-home equipment and support to all staff to help them complete the Prince of Persia remake in the key months leading up to the game’s release.

Jean-Philippe Pieuchot, Managing Director of Ubisoft India Studios, claims this is the culmination of the first end-to-end console production from India: “With this remake, Ubisoft has advanced AAA know-how in India. […] This milestone paves the way for the future of the Indian gaming industry. “

Why doesn’t it look good?

While Pieuchot touts it as an AAA title, the first look at the game – be it trailers or screenshots – doesn’t look very promising in terms of graphics. For a title that uses the same engine (AnvilNext 2.0) as Assassin’s Creed Origins, Prince of Persia: The Remake “The Sands of Time” doesn’t look like it. In fact, it looks like something that belongs to the previous era. It’s a concern shared by other publications and many Prince of Persia fans on Twitter.

“Yes, we are using Assassin’s Creed Origins’ Anvil engine, but that was just a base and we’ve revealed a lot of things about this engine that actually go with Prince of Persia Sands of Time Remake. Not only the technical approach with the rewind functions and all the things that had to be reworked, but also the artistic direction should differ from Assassin’s Creed Origins.

“We wanted the game to have a unique look that would serve the purpose of the game. The narrative and plot [in Prince of Persia: The Sands of Time] is a fantasy. It’s something that is close to that [Middle Eastern folk tale collection] Feel a thousand and one nights. It is therefore intended to have a unique look that serves the purpose of the game, with a new approach to lighting [and more] Saturate the colors so that the magic and fantasy of the story actually pop off the screen. “

Ubisoft Pune Senior Producer Annu Koul believes the new Anvil engine enabled Prince of Persia to add a “modern twist” to Prince of Persia while still being “true to what our game was before” .

Speaking of staying true to the 2003 original, Yuri Lowenthal returns as a narrator and motion capture actor for the title prince. This is an odd casting choice, especially in a year where there has been renewed outcry about white actors expressing non-white characters in the fields of entertainment. Affected are the Simpsons, Family Guy, Netflix’s Big Mouth and Apple TV + Central Park. Many shows and creators have even pledged to no longer have white actors who do not speak white characters.

“It’s a very, very good question you’re asking me here,” said Gires. “And I can tell you that when we manage the casting for our characters […] We paid great attention to the origins of our actors. We’re actually throwing off a very large panel and […] and we actually try to be as authentic as possible.

“But in relation to Prince Yuri Lowenthal, […] he [was cast] like any other actor. He was shortlisted and selected because of his vote. And we all took a call together because we wanted to play on the nostalgia [of the original] – I think Yuri’s voice has not aged either – and he has such energy and his character was so similar to the prince that we have to go with him. “ 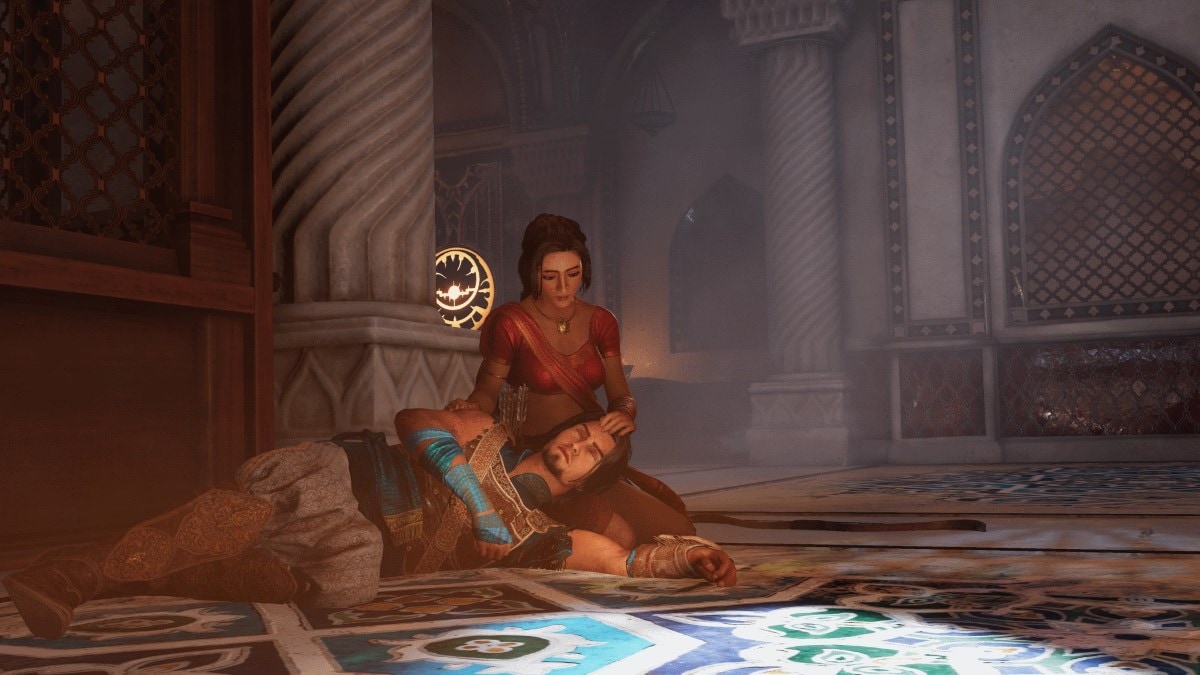 Princess Farah and the Prince in Prince of Persia: The Sands of Time Remake
Photo credit: Ubisoft

Additionally, Gires noted that the main female character of Farah, an Indian princess, was voiced by Supinder Wraich, a Canadian actress of Indian descent.

During a presentation to journalists, Koul spoke about the local knowledge and cultural experience that Ubisoft India Studios could bring to Prince of Persia: The Sands of Time Remake, which begins in a fictional Maharaja’s palace in 9th century India. She called it “an honor”.

Why Prince of Persia Remake is an honor

On the other hand, Ubisoft Mumbai, which was founded in 2018 for AAA titles, is entirely dedicated to production, although it currently only employs a hundred people. Ubisoft also has a research and development department at IIT Bombay, one of the best technical universities in the country, with fewer than 30 employees working on AI, data, and machine learning.

Pieuchot noted that AAA game development is not an overnight project. Prince of Persia: The Sands of Time remake was made possible by Ubisoft’s investments over a decade ago. 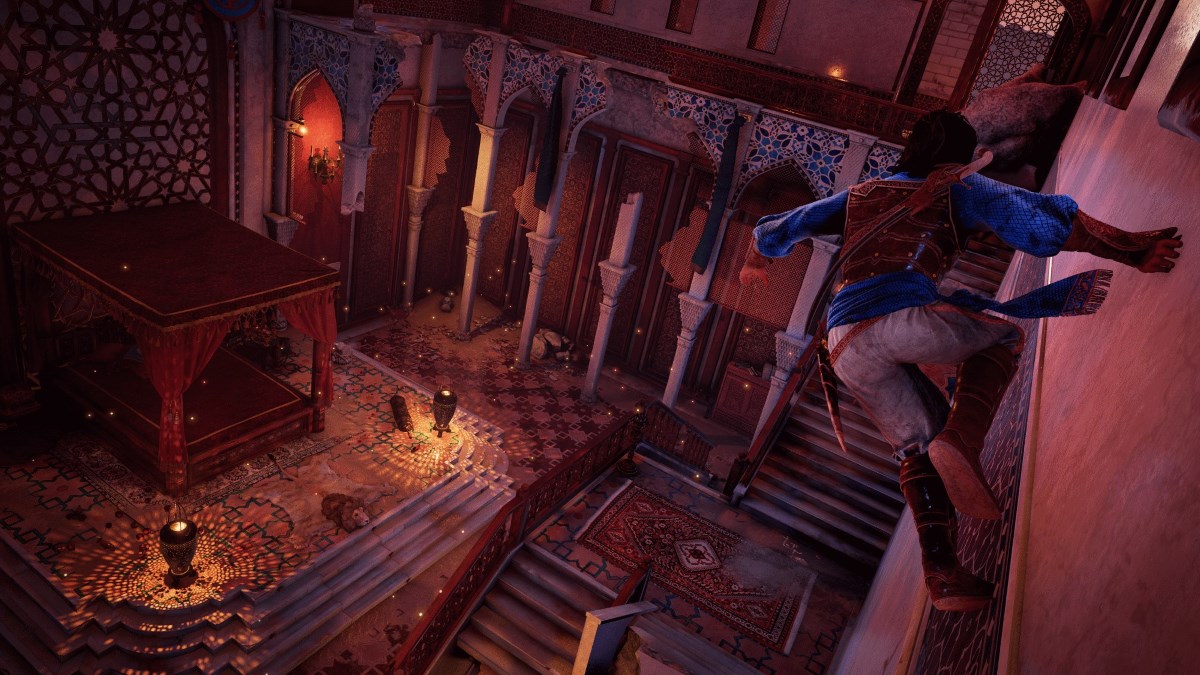 The prince walks on walls in Prince of Persia: The Sands of Time Remake
Photo credit: Ubisoft

When Ubisoft India Studios found out it was working on Prince of Persia, the teams were thrilled. Gires said, “We’re all very excited and very, very happy to be working on this first remake of Ubisoft. As a franchise, Prince of Persia is popular in the community and also for the studio in India. To be able to work on a game like this is an honor. “

Prince of Persia: The Sands of Time was first released for the Game Boy Advance in late 2003, followed by PS2, Xbox, Windows and a version for phones. It is considered one of the greatest video games of all time. It follows the title prince, son of Sharaman and heir to a Persian kingdom, when he discovers an hourglass and a dagger while his father is raiding a maharaja’s city. The Maharaja’s only daughter, Farah, is kidnapped as a gift for the Sultan of Azad.

When they arrive in Azad, the prince’s father gives the sultan the hourglass as a gift, but a vizier deceives the prince and lets him stab the hourglass with his dagger, releasing the sand of time it contains. You turn the citizens into ferocious monsters and the prince must then work with Farah to undo the damage. Players can use the dagger to rewind time, kill opponents and freeze them.

Now, over 17 years later, you can do it all again. Koul noted that this is “a remake, not a remaster or a reboot. We wanted to give players the opportunity to experience this game again, or for the first time, but with a modern twist. “

Prince of Persia: The Sands of Time Remake will be available on January 21, 2021 on PC, PS4 and Xbox One. While the game won’t start properly on PS5 and the Xbox Series family, it will still run on next-gen consoles thanks to backward compatibility, Koul assured us. It costs € 40 (around Rs 3,500) across platforms.