iOS 14 and iPadOS 14 are starting to roll out 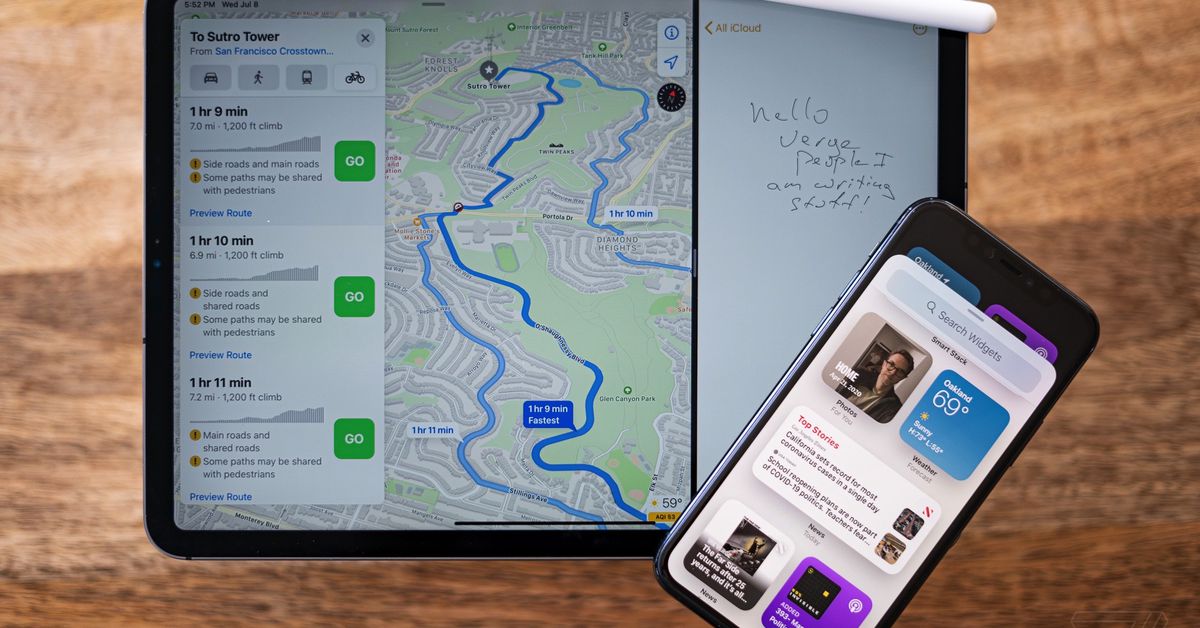 Apple’s iOS 14, the latest major software update for iPhones, should be available for download soon. Web trackers show that it’s already available on Apple’s servers. So we’re just updating our phones and waiting for it to show up. Major new features in iOS 14 include widgets on the home screen, an “app library” that organizes all of your apps in one place, a translation app that works with 11 different languages, and picture-in-picture video (something) that was already available for iPad users).

Speaking of the iPad, iPadOS 14 should also be launched soon. Apple calls one of its big new features Scribble, which converts handwriting into text in any text field. There̵

7;s also a new look to the search, and some apps have design changes like sidebars and expanded menus.

There are numerous updates that are shared by both platforms. Messages receive mentions, inline replies, and pinned conversations. Siri has a new and more compact design. Maps adds cycling directions, EV routes, and curated guides. Safari can translate pages, monitor your saved passwords, and show you trackers on websites.