Breaking News
Home / Technology / iPhone 12: Apple is taking part in the 5G race with a larger and cheaper lineup

iPhone 12: Apple is taking part in the 5G race with a larger and cheaper lineup 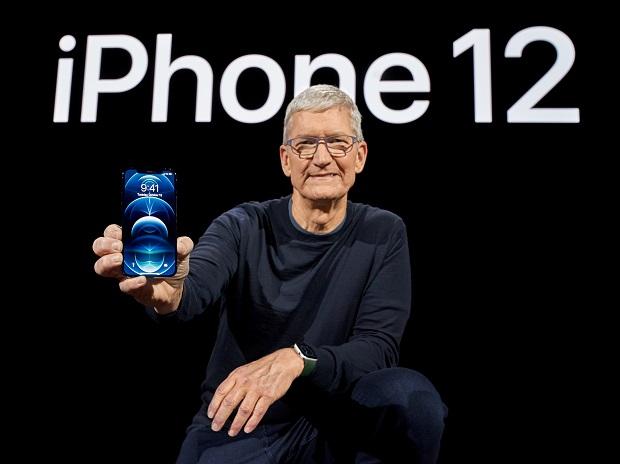 The new products are being used to test whether Apple can cope with a wave of customer excitement in terms of wireless 5G data networks, the fastest variants of which outperform the data rates of their predecessors many times over.

However, whether iPhone buyers see a dramatic increase in speed depends heavily on where they are and which carrier they are using ̵

1; what Bob O’Donnell, head of TECHnalysis Research, calls “many small details that stand in the way of delivering on the promise stand “from 5G. “

He said Apple could set some customers for disappointment when phones ship, but only offer modest speed increases until carriers start networks.

“I don’t feel like Apple cleared this up as best they could,” said O’Donnell.

Apple said all iPhone 12 models in the US will support millimeter wave 5G, the fastest variant of the technology, as well as low frequency bands.

Outside of the US, however, iPhones will lack millimeter-wave compatibility, even in countries like Australia and South Korea, where carriers are planning to introduce versions of millimeter-wave technology. Like some cheaper Android devices, iPhone 12 models only support lower frequency 5G versions in these countries.

The devices will arrive about a month later than usual for Apple’s annual launches. Pre-orders for the iPhone 12 and iPhone 12 Pro in the US, UK, China, and some other countries will begin October 16, and shipments will begin October 23. The iPhone Mini and Pro Max will be available for pre-order from November 6th and in stores November 13th.

Apple could face a tepid Christmas season due to the coronavirus pandemic, said Jake Dollarhide, CEO of Longbow Asset Management in Tulsa, Oklahoma.

“With the convergence of flu season with COVID and colder weather forcing everyone indoors, I think it will be harder to sell iPhones this Christmas. As much as Apple is a tech company, it is known not for its online sales, but for its experience in the store, “said Dollarhide.

Apple also announced a smart speaker for the HomePod Mini, which costs $ 99 and will ship November 16. Many of the functions serve to catch up for similar offers from Amazon.com Inc.

However, Ben Bajarin, lead analyst for consumer market intelligence at research firm Creative Strategies, said Apple had concretized its vision of how its devices could interact more directly with its own speakers than its competitors. For example, Apple customers can speak into their iPhone or iPad to use the HomePod Minis like an intercom.

“Google or Amazon, especially Amazon, cannot do that cleanly,” said Bajarin. “The advantage that Apple has is that a large proportion of these customers (Google and Amazon) have iPhones. They took advantage of the fact that they own the bag.”

Facebook Unveils the First Multilingual Machine Translation Model: Knowing What It Is