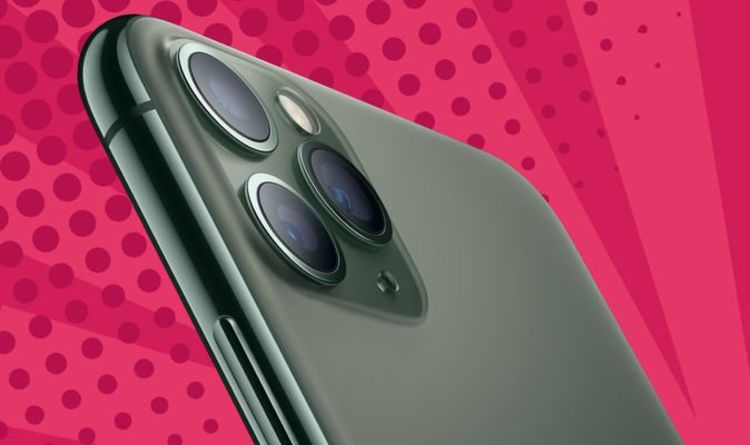 Apple has already confirmed that the latest iPhones will be delayed a bit this year due to the ongoing pandemic. The usual start window for September is skipped and instead an attempt is made to land on the shelves sometime in October or November. And that may not be the only disappointment for Apple fans, who are patiently saving their dime on the latest and greatest from the Cupertino-based company.

According to Jon Prosser, founder of Front Page Tech on YouTube, Apple made the last minute decision to ditch the 120Hz high refresh rate display from its latest smartphones. It was originally rumored to be heralded as the heading feature of the iPhone 11 Pro, and it was widely believed that the iPhone 1

2 Pro would include a high-refresh panel.

For those who didn’t know, iPhones currently use a 60Hz panel, which means the screen updates 60 times per second. While that’s more than good enough for watching movies (these are recorded at 24 frames per second) and playing games, the vast majority of flagship smartphones are now using 120 Hz panels. These displays offer twice the number of frames – so system animations look smoother, fast games are more hectic, and the touchscreen is faster because it reacts much faster to your fingertips.

Apple has been using 120 Hz panels in its iPad Pro range since June 2017. Called a promotion by its marketing team, Apple uses a variable refresh rate to help save battery life. When you watch a movie, the speed drops to 24 frames per second. When you scroll through websites and draw with the Apple Pencil, crank to 120 Hz.

According to Prosser, those 120Hz panels aren’t ready for mass production in the amount (and especially Apple’s bottom line) that is required for the best-selling iPhone. Prosser tweeted: “120 Hz (code name: d6x) didn’t mass produce, now you can give up.”

This was backed up by Apple analyst Ming-Chi Kuo, who has an outstanding track record of details on Apple hardware that has not yet been announced. According to Kuo, Apple will drop plans for a 120 Hz display for all four iPhone models – but not due to production problems. According to Kuo, Apple decided to remove the high-refresh panel because 5G support has already significantly affected the battery life of the new models, and adding a 120Hz screen would have “significantly affected” the user experience.

If Prosser and Ming-Chi Kuo are right and Apple can’t add a high refresh rate panel to the iPhone until the end of 2021, it’ll be incredibly late for the party. OnePlus was one of the first mainstream manufacturers to equip OLED touchscreens on smartphones with the 90 Hz display of its OnePlus 7 Pro and OnePlus 7 Pro 5G with high refresh rates. The technology is fast becoming the standard on Samsung smartphones. The Galaxy S20 Plus, Galaxy S20 Ultra, Galaxy Note 20 Ultra, and Galaxy Z Fold 2 5G all have these displays.

Fortunately, one area that Apple is supposedly supposed to catch up with some of its biggest competitors is in support for 5G. Given that Apple keeps their phones updated with the latest software for four or five years, the latest iPhone models have had to support this ultra-fast mobile technology that offers speeds faster than the average broadband connection at home. 5G is still slowly rolling out to every corner of the UK, but support for the new standard is a must if you plan on sticking to your next phone for a few years.