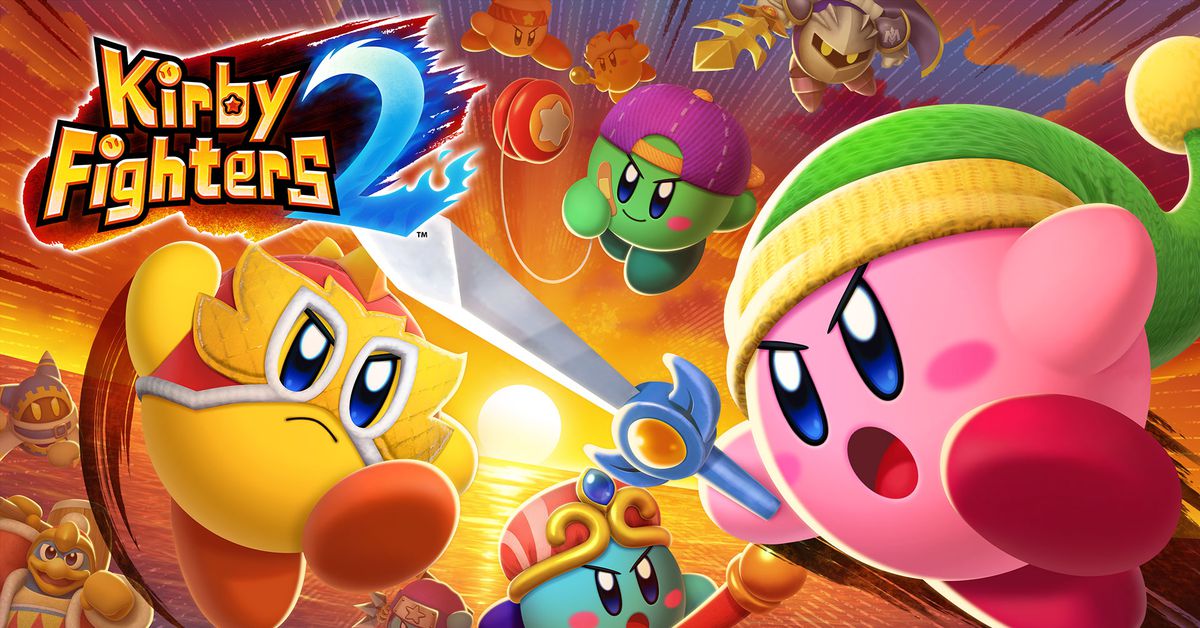 Kirby Fighters 2 plays the King of Copies, Kirby, and his usual enemies like King Dedede and Meta Knight. Players battle each other on different levels in the Super Smash Bros. style. But in contrast to Nintendo’s signature fighting game Kirby Fighters 2 has health bars instead of percentages.

Players can choose from a wide variety of characters. There are 17 specimens of Kirby, each with a different skill than their games ̵

1; including the new “Wrestler” Kirby. Players can also choose Gooey, Waddle Dee, and others from Kirby lore.

The game offers a variety of modes including a standard battle mode, as well as online and local play. Players can battle in teams or alone on numerous stages, some of which feature retro graphics from previous Kirby games.

Kirby Fighters 2 There’s also a story mode in which Kirby and a buddy climb a tower and fight pre-set battles. As Kirby and his buddy climb, players can select items to improve their stats. There is also an endurance mode called “One Handed Mode” where players can battle waves of enemies and earn special cosmetics.

Players who have already saved data from both Kirby Star Allies or Great Kirby Clash can earn special cosmetics inside Kirby Fighters 2.

Kirby Fighters 2 is available now on the Nintendo Switch eShop for $ 19.99.

The Galaxy S9 One UI 2.5 update has arrived and is now available for download