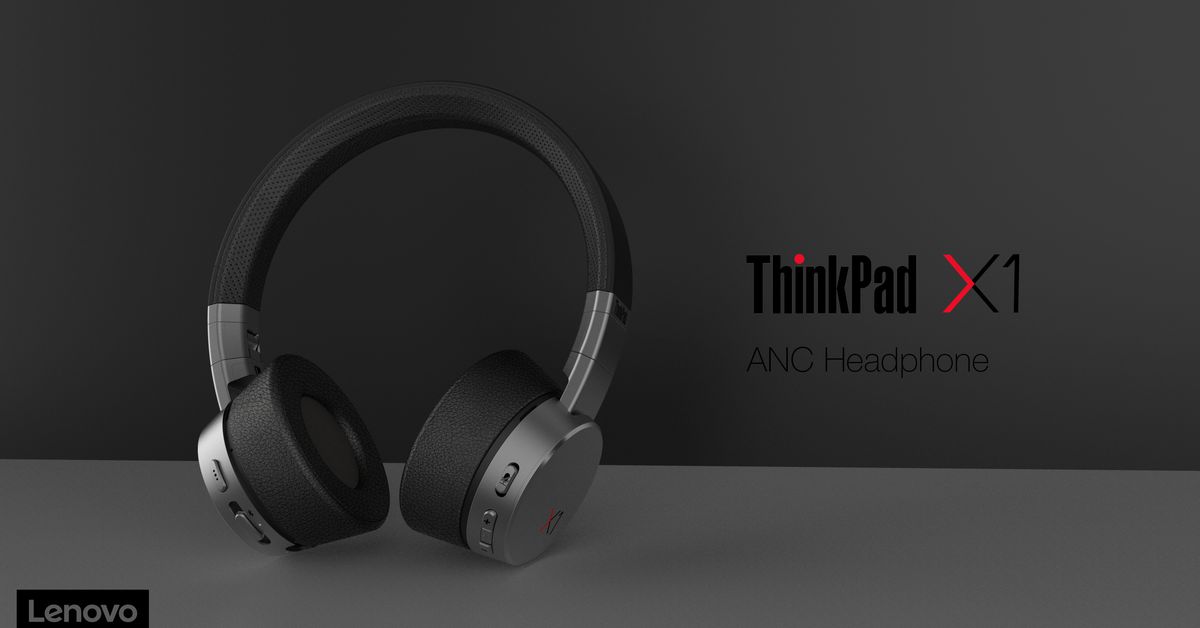 Lenovo makes its own headphones for owners of ThinkPad and Yoga laptops. The PC manufacturer has developed two versions of Active and Electronic Noise Cancers aimed at consumers and businesses. Lenovo's Yoga ANC headphones have a white design, while the X1 ANC headphones are available in typical ThinkPad silver and black styles. Both headphones have the same features and overall collapsible design, and support Windows PCs and iOS / Android devices via Bluetooth 5.0 and USB-C connections.

Lenovo uses aluminum ear cushions and a soft pillow for comfort. There is no word on battery life for both devices, but both can be recharged via USB-C in less than two hours. They are designed primarily for conference calls, optimized for Skype calls, and tuned by Dolby. Lenovo also has quick access to the volume and limited voice control thanks to the built-in microphone. Lenovo missed a trick and did not add a red TrackPoint-like pimple as a volume control to the ThinkPad pair.

Lenovo's headphone push follows Microsoft's own Surface brand headphones. It may be an indication that we will soon see more headphones from a range of PC makers as these companies continue to search beyond laptops and try to leverage their PC brands to create complementary products.