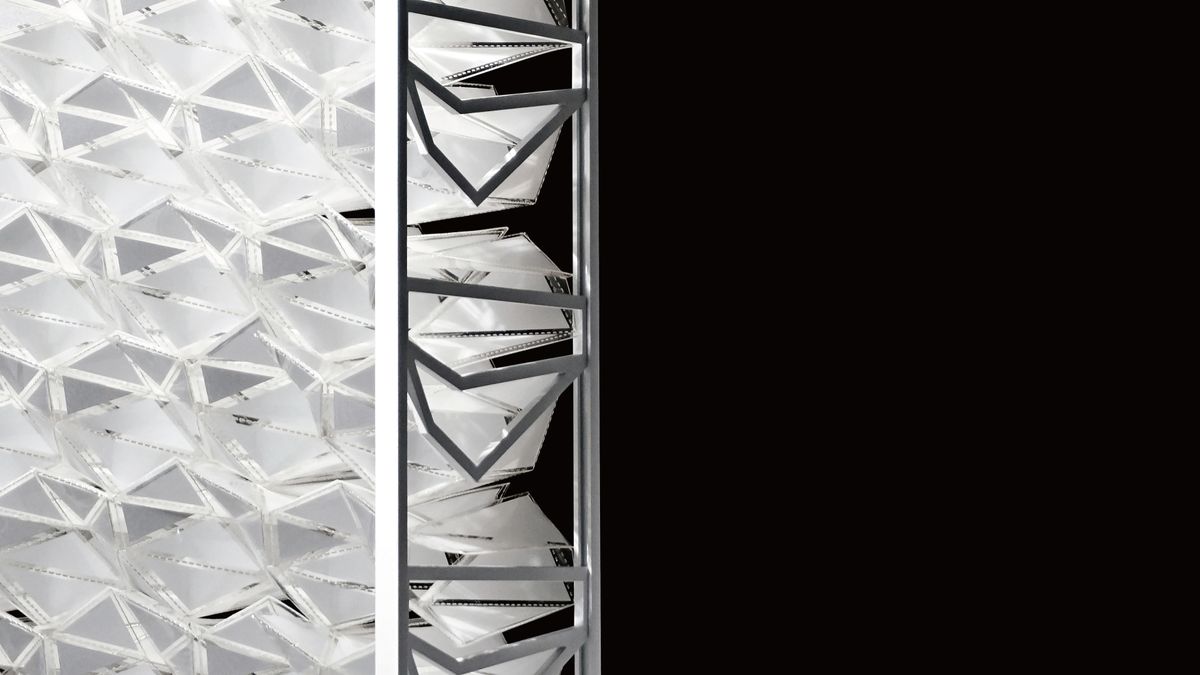 The Lexus Design Award is an annual competition, a platform for the most dynamic creators and designers to present their ideas to the world. It is open to professionals, students and enthusiasts from around the world.

If you think you have an idea that can benefit design, you should apply. Admission to the Lexus Design Award 2020 is possible until October 14th.

The winners of the previous year show what is possible when creativity and design meet. US-American Lisa Marks submitted a 3D-modeled and handwoven bra for women after mastectomy.

Australian architect Ben Berwick designed an ingenious, origami-inspired venetian blind that uses solar cells to create electricity when closed, and to improve the lighting in the open state.

The Lexus Design Award is not an average contest because the price is not easy money, but the chance to get mentoring from some of the most influential people in design and technology. And the funding for the production of a prototype.

John Maeda is one of the judges of the Lexus Design Award 2020. In part, it's thanks to him which projects create the winner's prestigious Lexus exhibit during Milan Design Week and which are crowned the ultimate Gran Prix winner ,

st century by Esquire. A quick look at his career shows the breadth of his talents.

He studied computer science at MIT, worked for many years as an engineer and later became an artist and educator. His technical and technical knowledge shaped his artistic and creative work, which he also described as a "humanist technologist".

This approach is at the heart of the Lexus Design Award, which aims to discover how design and technology can and should harmonize with people.

Maeda is also a board member of Sonos, a leader in hi-fi speakers and intelligent speakers that will complement the home of millions of people around the world.

In his new book How to Speak Machine: Laws of Design for a Digital Age, it examines how today's algorithmically shaped world is influenced by computer design. And he explains what that term means in a way that those without the computer science background can understand.

"It's clear that the fusion of classic design and computer design is happening right in the minds of designers who want to solve the biggest problems in our world," said Maeda at last year's screening of the Lexus Design Award.

How to Speak Machines: Laws of design for a digital age will be available from November 14th.

Having Maeda's eyes on her project seems an honor in itself. Former jurors and mentors of the Lexus Design Award, experts in the field of technology, include game designer and producer Robin Hunicke, and Jessica Rosenkrantz, artist and expert on 3D printing and digital manufacturing.

Should your project be selected as a finalist by the panel? Joe Doucet is one of the mentors that will help you develop your ideas this year.

Doucet was awarded the Smithsonian Cooper-Hewitt National Design Award for Product Design in 2017 and is the founder of OTHR.

OTHR is a brand for design-oriented housewares that uses advanced techniques such as 3D printing to create "unique objects with minimal effort" environmental impact. "It revolves around the idea that we have" less and better "objects in our lives

Doucet is also behind countless smart projects, and in 2014 he was commissioned to design furniture for the Cooper-Hewitt National Design Museum in celebration of New York Design Week, designing a collection of "snap-fit" marbles. Coffee tables and side tables that can play with the flat furniture.

Recently, Doucet created a multi-seated concrete bench in Times Square, New York.The 3D-printed structure is both beautiful and practical, but also acts as an anti-terrorism structure Protected against ramming attacks by vehicles.

The best gimbal for Android and iPhone