At MWC this weekend, LG has made the G8 ThinQ and V50 ThinQ an official US office.

For the G8 ThinQ, LG implements a Crystal Sound OLED panel, which turns the display into a speaker cone, so no front speaker is required. In pictures of the phone, you will notice that there is no handset because the display acts as a headset when using the device as a phone line.

Also new is the Z A camera, also known as ToF camera (Time of Flight), which offers the smartphone a whole new level of gesture control. These gestures are called Air Motion. It allows users to unlock their device, open apps, and control aspects of selected apps without touching the phone.

A complete list of specifications for both devices can be viewed here (G8) ThinQ highlights include a 6.1-inch FullHision QHD + display, a Snapdragon 855 processor, 6GB of RAM + 128GB of memory , 3500 mAh battery, an IP68 camera, a rear-facing camera (16 MP + 12 MP) and the same 32-bit Hi-Fi Quad DAC fan LG phones have been raving for quite some time. 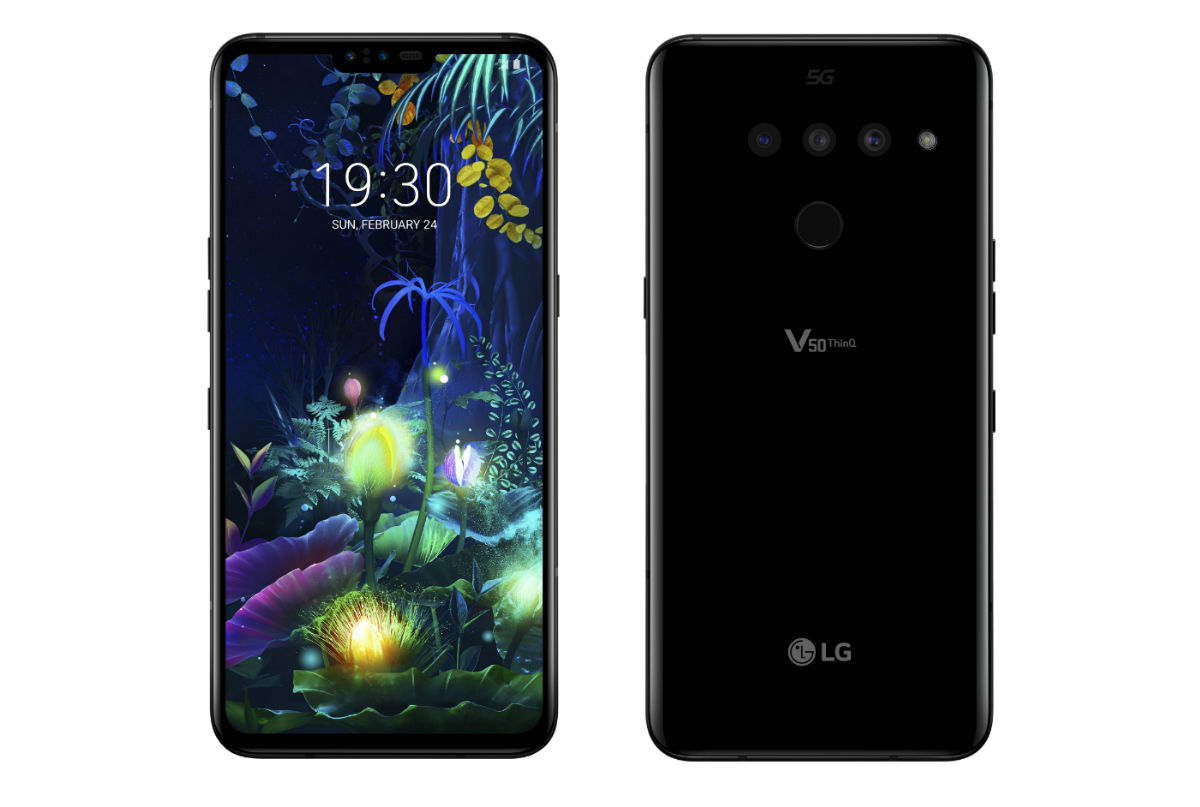 As for the V50 ThinQ, I'd like to say that there are a number of new features to look forward to, but in reality the 2019 V50 is essentially the 2018 V40 Chassis LG was able to reduce the development and manufacturing costs of the device.

The big difference with the V50 is the Snapdragon 855 processor, which comes with 5G connectivity. The following is an excerpt from LG's press release for the V50 ThinQ.

In order for the consumer to enjoy all the features of 5G once the service is available, the groundbreaking LG V50 ThinQ 5G has been carefully designed for an exceptional user experience. LG's first 5G handset will exceed expectations, allowing users to experience high-quality content at speeds of 5G.

I think the key here is, "as soon as the service becomes available." Determine when and where the 5G service will be made available.

Once we have this information, we will inform you and update this post.