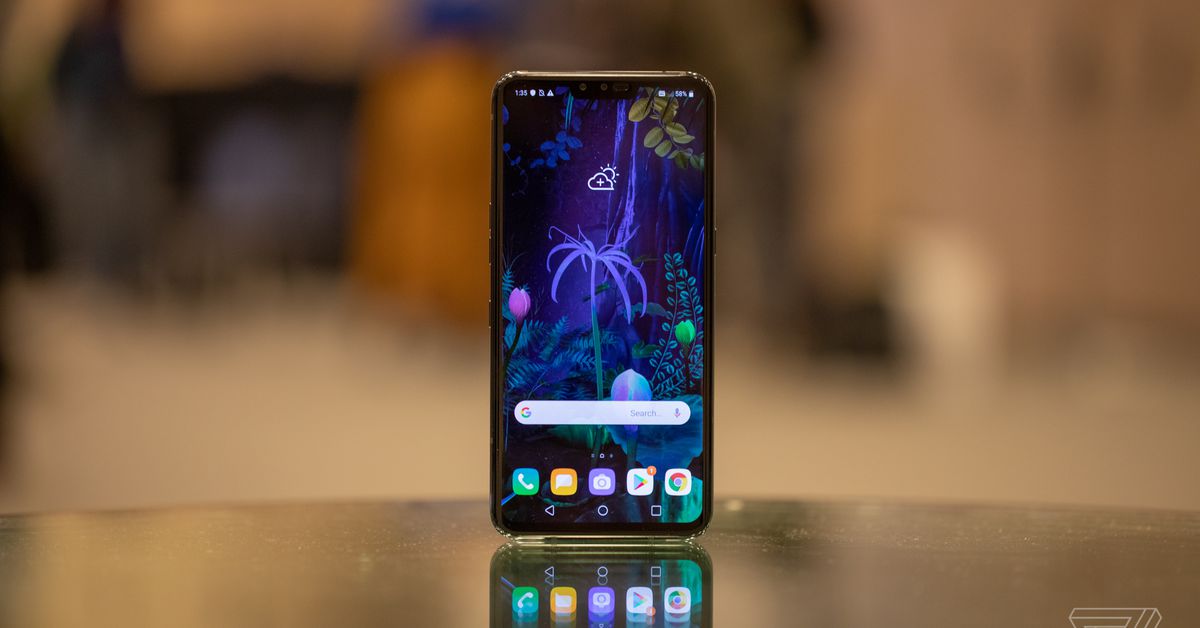 With the new V50 ThinQ, LG has grown to 5G hype – an updated version of last fall's V40 that retains the same basic design but supports the next generation network.

What you know The V50 supports 5G right from the start thanks to the literally glowing 5G logo on the back of the phone. From a special point of view, the V50 differs only in a few points from the V40: 5G functions (obviously), a larger 4,000 mAh battery (since 5G consumes more power) and a Snapdragon 855 processor (presumably to support the X50 5G modem from Qualcomm)). LG also provides a new cooling system to handle the added heat of the new processor and battery.

The phone itself is also slightly thicker and slightly heavier than the V40, even though LG used this to remove the camera bump, which is nice. Otherwise, however, it is a V40 with 5G, which is according to LG of great intent. To get a 5G phone to market quickly, the company had to use the existing V40 platform.

In a wild turn, LG also offers a new dual-screen accessory for the V50 – a second 6.2-inch OLED display that connects to the phone like a suitcase and offers twice as much space. The dual screen is turned off by the internal battery of the V50, so users can simply connect it to the phone to get started. With the second screen, users can multitask on any display with one application, or even use them as game controllers in some games. Unfortunately, the dual-screen accessory is only sold internationally and is not planned for the US.

LG says the V50 will be available in Sprint, USA, exclusively in the coming months, though it will be available at Verizon sometime this summer after Sprint's exclusivity phase. South Korea, Australia and some other unspecified European countries should also receive the V50. Details such as pricing and release dates have not yet been announced, though the release information is likely to depend on when the 5G networks actually launch for potential LG partners.