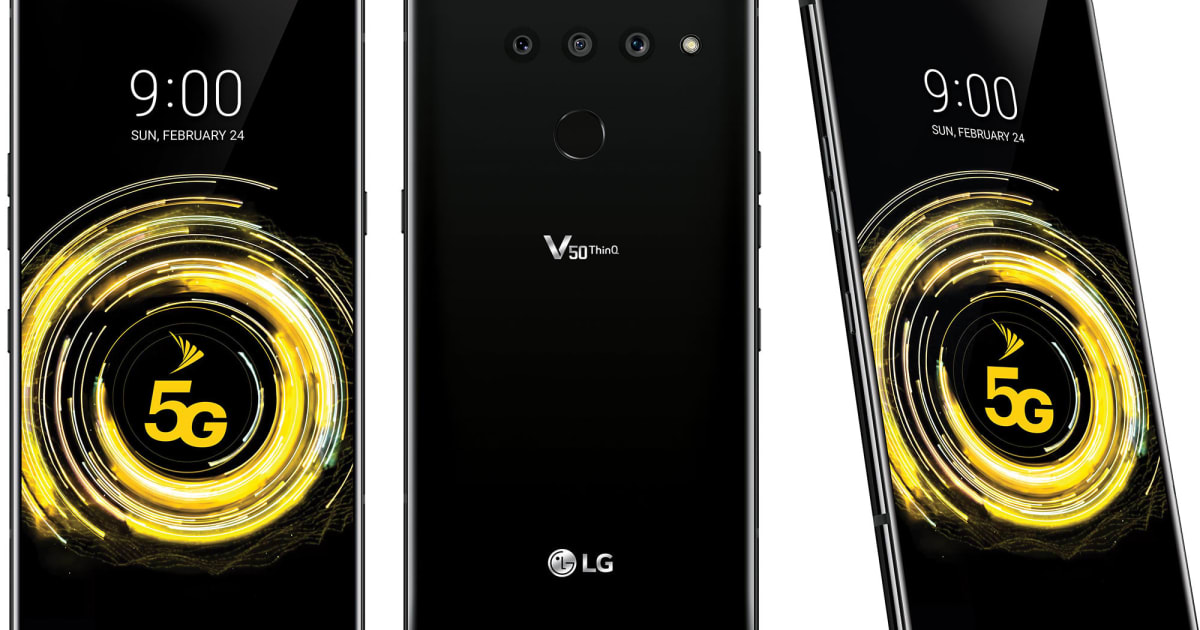 As it turned out, these rumors were also correct: there is indeed a second screen add-on for the V50 ThinQ, which turns the phone into a makeshift folder. The concept is not exactly new – ASUS has tried something similar with its gamer-focused ROG phone, but it's still a mesmerizing attempt by LG to keep up with its competitors in front of its own foldable phone version.

There are few details: You can run two apps in multi-window mode on each screen, four at a time. Besides, you can use certain second game controls on this second display unspecified) titles. The screen itself locks in at two angles ̵

1; 104 and 180 degrees – though we must ask ourselves why the company has not just chosen a fully adjustable hinge. At this point, it does not seem like you can stretch apps or content across both screens, but that's probably the best. When fully opened, there is half an inch of dead space between the two displays.

And now to the bad news. LG has said that the V50's second screen attachment will be available in certain markets around the world. However, it was confirmed in an e-mail that there will be no second screen component for the V50 ThinQ in the US. It will be a while before we can test the V50 ThinQ on a next-generation data network, but for now, LG's 5G debut seems more than a little tame. Was it convenient for LG to simply bake the 5G support and some more advanced components into an existing chassis? Absolute. Is the resulting phone about as exciting as the other 5G devices we've seen at MWC? Not really. The V50 ThinQ feels like the perfect way for LG to benefit from the 5G hype wave early on, but honestly, I'm waiting for what comes next.