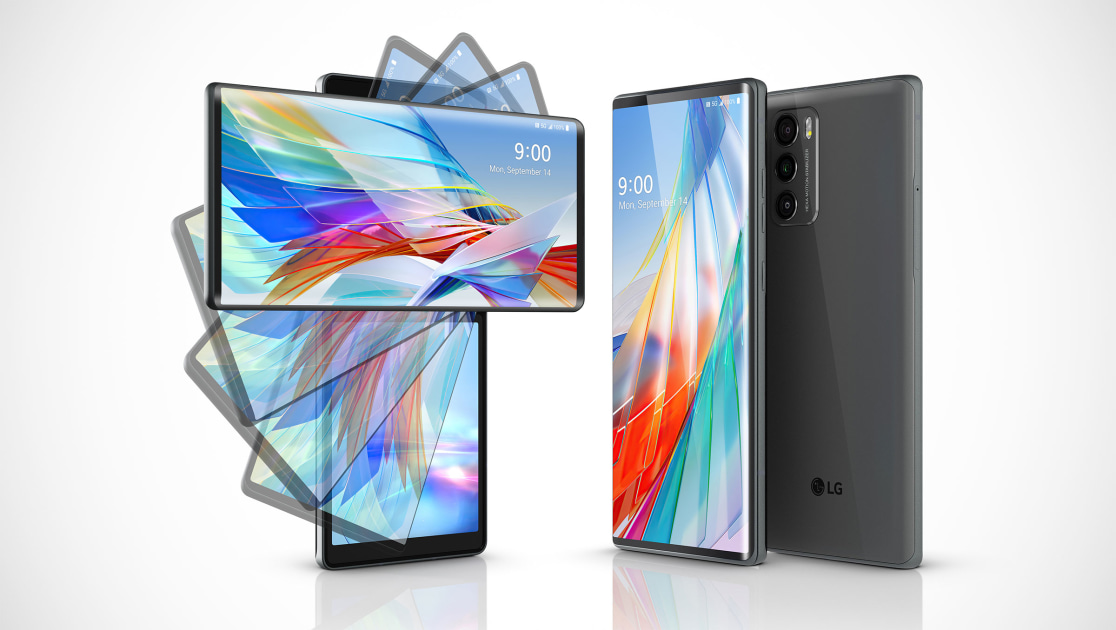 Here’s the idea: when the wing is closed, it looks like any other large smartphone. At the front there is a 6.8-inch P-OLED FullVision screen with a resolution of 2460 x 1080 and a 32-megapixel pop-up camera. On the back, it looks like a pretty normal triple camera system at first glance: the 64-megapixel f / 1.8 camera is the main attraction, plus a 1: 1.9 ultra-wide camera with 13 megapixels . The first clue that something unusual is going on is this second12 megapixel ultra-wide camera. Why exactly this is here doesn̵

7;t become apparent until you open the phone.

Instead of unfolding the wing like you would on a Galaxy Z Fold 2 or Surface Duo, instead rotate the main screen so that it is in landscape orientation. Only then will you see the smaller 3.9-inch screen underneath – this thing is 1,240 x 1,080 and is designed for twice the performance. You can use it to run Chrome, Twitter or Instagram just like on a normal smartphone while viewing a YouTube video or Google Maps instructions on this large main screen.

In the meantime, other specially tuned apps can take over both ads at the same time. For example, the Gallery app can display images in Finder Details on the big screen, leaving the smaller app available for editing controls or thumbnails of other photos. have taken. And if you use LG’s built-in messaging app, you can rotate the whole thing to see the message thread on the small screen while reading out a reply on the big screen.

The Wing’s weird, ultra-wide secondary camera is possibly the best example of this approach, which uses both screens at the same time. Once the phone is open and you start the camera, the wing can become an all-in-one camera and gimbal combo that comes with an on-screen joystick for tilt shooting and planning. There are a number of stabilizers built into the wing to smooth out your run-and-gun footage. However, it is unclear how well they compare to a proper, stand-alone gimbal. (A quick note: the 12-megapixel ultra-wide sensor can only be used in gimbal mode as it is actually mounted on the side of the wing.) And if using a phone like an Osmo isn’t exactly appealing, you can also use the secondary screen to control the normal cameras and even record video with the front-facing and rear cameras at the same time.

While the Wing is as unconventional a phone as we’ve seen this year – and it is really say something – The stuff that powers it is way more pedestrian. The Wing uses one of Qualcomm’s Snapdragon 765G chipsets, paired here with 8 GB of RAM and 256 GB of storage. (Unlike the Galaxy Z Fold 2, the Wing also supports microSD cards up to 2TB in size.) As the name suggests, it’s also a 5G device that supports both mmWave and Sub-6 -Networks supported. Because of this extensive network support, the Wing will be compatible with all major US wireless carriers – Verizon will broadcast it for the first time this year, followed by AT&T and T-Mobile.

Here are just a few other things to keep in mind: For one, the Wing doesn’t have a headphone jack despite its focus on media creation. LG says this was a decision made to push in all of the parts needed for 5G and the moving display without clubbing the phone. While LG hasn’t held the thing up yet, it seems it did a good job on that front – the wing is about as thick as the LG Velvet. Regarding this flip-up display mechanism, the company says the back of the main screen is coated with thermoplastic polyoxymethylene to prevent the small screen from being scratched while it is moving, and that the entire package has been tested to last over 200,000 pivotable .