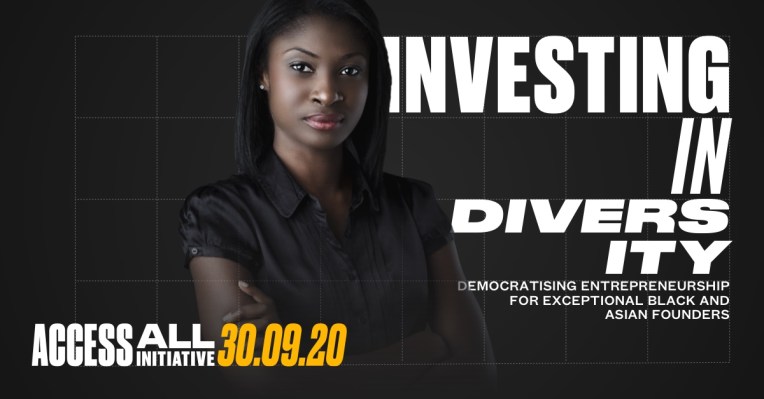 A group of UK-based VCs have teamed up to create a new virtual pitching event to address the issues with the current startup ecosystem that can lead to inequalities and “warm intros” only between privileged classes and ethnicities exist.

Held on September 30th, Access All is a new virtual event aimed at Black, Asian and other ethnic minority (BAME) founders in the technology field. Founders can register here.

BAME founders are invited to present their startups to a number of leading VCs and companies in London including Downing Ventures, Playfair Capital, SpeedInvest and SoftBank, as well as companies such as Microsoft, Amazon, Accenture and O2.

The joint initiative was initiated by Floww, Force Over Mass and Wayra UK with the aim of giving the BAME founders more opportunities based on merit, less prejudice and solving the problems of Capital Deal Flow̵

Martijn de Wever, CEO and founder of Flow, who coordinates the event, said: “With Access All, we have joined forces in the startup community because we believe the system needs to be changed. Black, Asian, and other ethnic minority founders must have fair access. “

Floww’s team of accountants and content writers will work with applicants for free to review their business plans and prepare them for the participating investors. TechCrunch and Forbes journalists join the jury as judges.

IonQ claims it built the most powerful quantum computer yet – TechCrunch