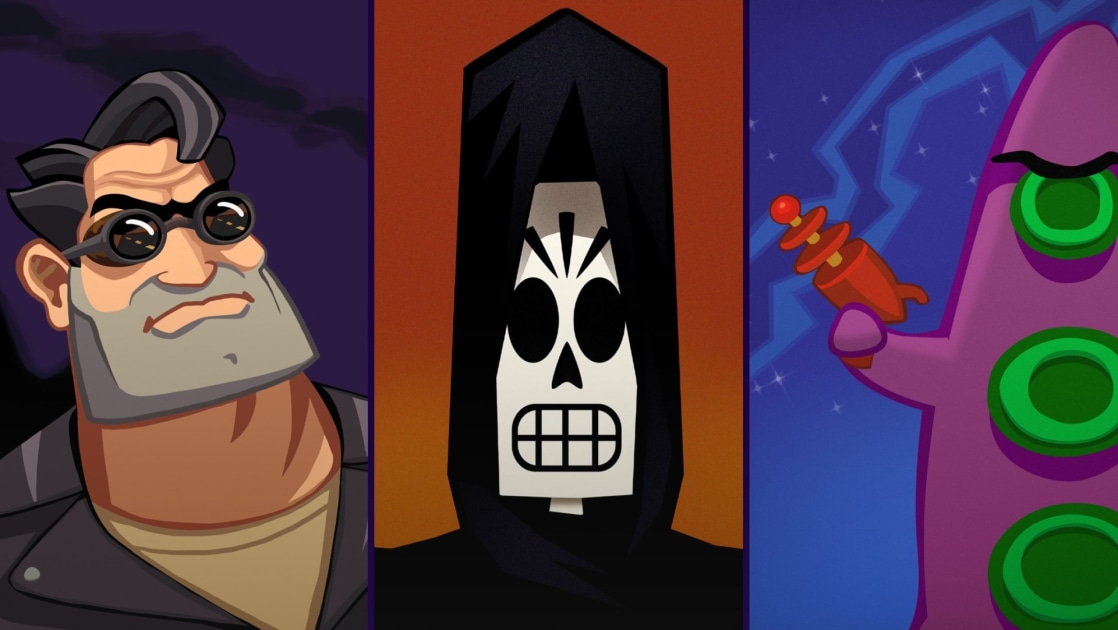 A biker, insurance agent, and tentacle walk into a bar. This isn’t the start of a bad joke, but rather Microsoft’s latest pitch on why you should get the Xbox Game Pass. From October 29th, the remasters of the classic LucasArts adventure games Full throttle, Grim fandango and Day of the tentacle will make their way to subscription gaming service. Assuming you’re paying for Game Pass Ultimate, you can play the remasters on Xbox, PC, and Android, or a combination of the three with Cloud Save Sync.

990s. When Disney closed the studio in 2013 after acquiring Lucasfilm in 2012, Tim Schafer’s Double Fine bought the rights to the titles and remastered them. Microsoft acquired Double Fine last year and there is no better way to keep building the Xbox Game Pass than adding more titles to its back catalog. Which of the three plays first is a tough question. Each fan will give you a different answer which shows how funny they were in the first place.