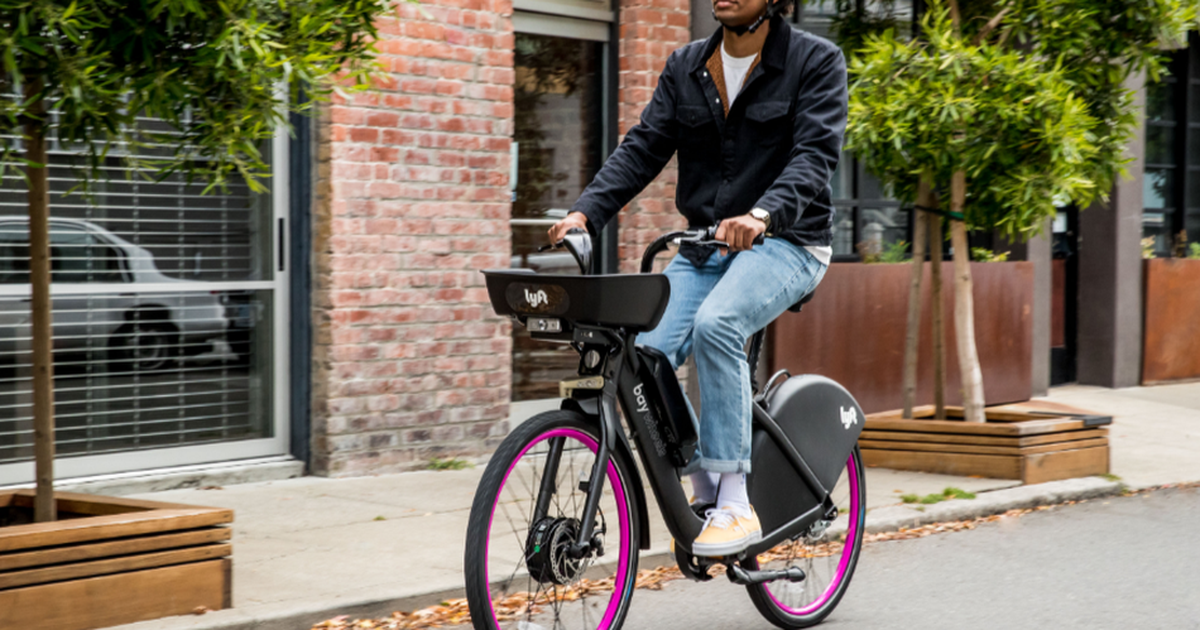 The preference of e-bike riders in San Francisco to block their Bay Wheels wherever they are damned good costs them a serious batter.

Starting March 2, there will be a number of price changes for the platform operated by Lyft. Perhaps the most notable of these is a brand new USD 2 blocking fee for drivers who ignore available docking spaces in favor of using the integrated platform. Cables for attaching e-bikes to luggage racks or street signs. In other words, use a docking station or pay.

Pretty simple, isn't it? It is cheaper for drivers to leave e-bikes at stations than to be scattered, ensuring that bicycles are easier to find, maintain, and recharge. But wait, we're not done yet.

In some districts where there are no docking stations, drivers do not have to pay any fees to attach e-bikes with built-in cables to nearby racks. In other areas of the city ̵

1; including areas where there are few docking stations, such as in sections of Potrero Hill – drivers have to pay unless they leave their e-bikes at docks, which may be many blocks away.

And you'd better believe there are more exceptions: if you drive your Bay Wheels e-bike to a station and find it full, you can lock your ride to a nearby bike rack at no extra charge.

"Since e-bikes need charged batteries and can be parked at stations or public bike racks, they cost more than classic bikes," Bay Wheels said in a post on February 21. "We worked with the SFMTA and the Metropolitan Transportation Commission (MTC) to ensure that our prices ensure that the system remains accessible to everyone, takes into account people's driving habits and encourages parking behavior to ensure that bicycles are available when and where drivers need them. "

When a Lyft spokesman reached for a comment, he insisted that there is value for everyone – the city, the drivers, and yes, Lyft – when people use the docking stations more often to use. Which can be true! Fewer e-bikes attached to bike racks mean fewer obstacles on the sidewalk, more consistent locations for finding e-bikes to ride, and a more efficient charging and maintenance process.

It remains to be seen whether this value will be higher for customers than the additional USD 2 per trip.

The new $ 2 bike locking fee isn't the only fee to be introduced on March 2 – though it may be the most revolving fee. "Non-members pay not only for the privilege of locking in anywhere, but also $ 0.20 a minute to cover the additional cost of batteries and charging," the mid-release said. "Non-members pay $ 2 to unlock plus the minute rate for non-members."

Regarding the middle post, the responses to Lyft's announcement consist of frustrated commentators who insist that they be ripped off.

"A cost analysis with the new pricing no longer makes laurel bikes an attractive option for daily commuters compared to buying a personal e-bike / boosted board / electric scooter," says one such comment. "Assuming a 20-minute one-way commute, this is $ 6 / day for MEMBERS. If a person commutes or gives 220 to 240 days a year, that's ~ $ 1400 …"

(And yes, this math Check out.)

SEE ALSO: Lyft's e-bikes are back after a fiery break

But hey, convenience is always associated with a price tag. If you rely on Bay Wheels, this price will randomly increase on March 2nd.