MagSafe battery compartment that can charge an iPhone and AirPods? 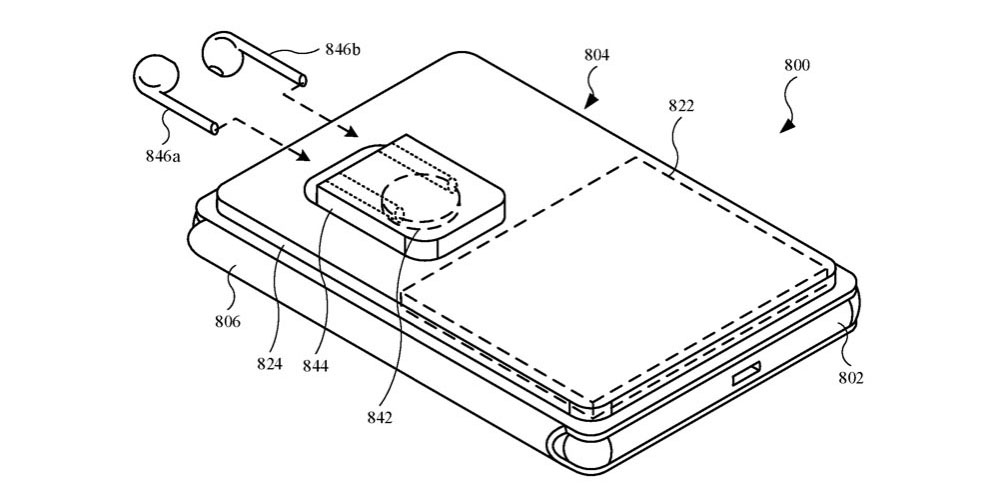 An intriguing Apple patent application published yesterday reveals a MagSafe battery compartment that can charge not just an iPhone but two AirPods as well. It follows that Apple is re-using the MagSafe branding for the wireless charging system introduced in the iPhone 12 range.

The application, which was first filed last August but only published yesterday, is of course in the very general language customary for patents.

A picture shows something similar to the existing Smart Battery Case, in which the iPhone is supplied with power via the Lightning connector. Another seems to suggest wireless charging via MagSafe.

Two of the patent images clearly show the AirPods holders attached to the case. This can be an integral part of a housing or be attached magnetically.

One illustration shows a bracket attached to the front of the case (top), while another shows it to the side.

It is of course not known if Apple will bring the product to market. As we always warn, the company patents many ideas that never see the light of day. However, I have certainly seen an entire MagSafe ecosystem emerge, and this one seems extremely popular to me.

Apple is known to not reveal many of its plans in advance. In fact, one case where the company broke its own rule, AirPower, went horribly wrong. So we can assume that the iPhone manufacturer will be even scarcer in the future.

Do you like a MagSafe battery compartment? Let us know what you think in the comments.