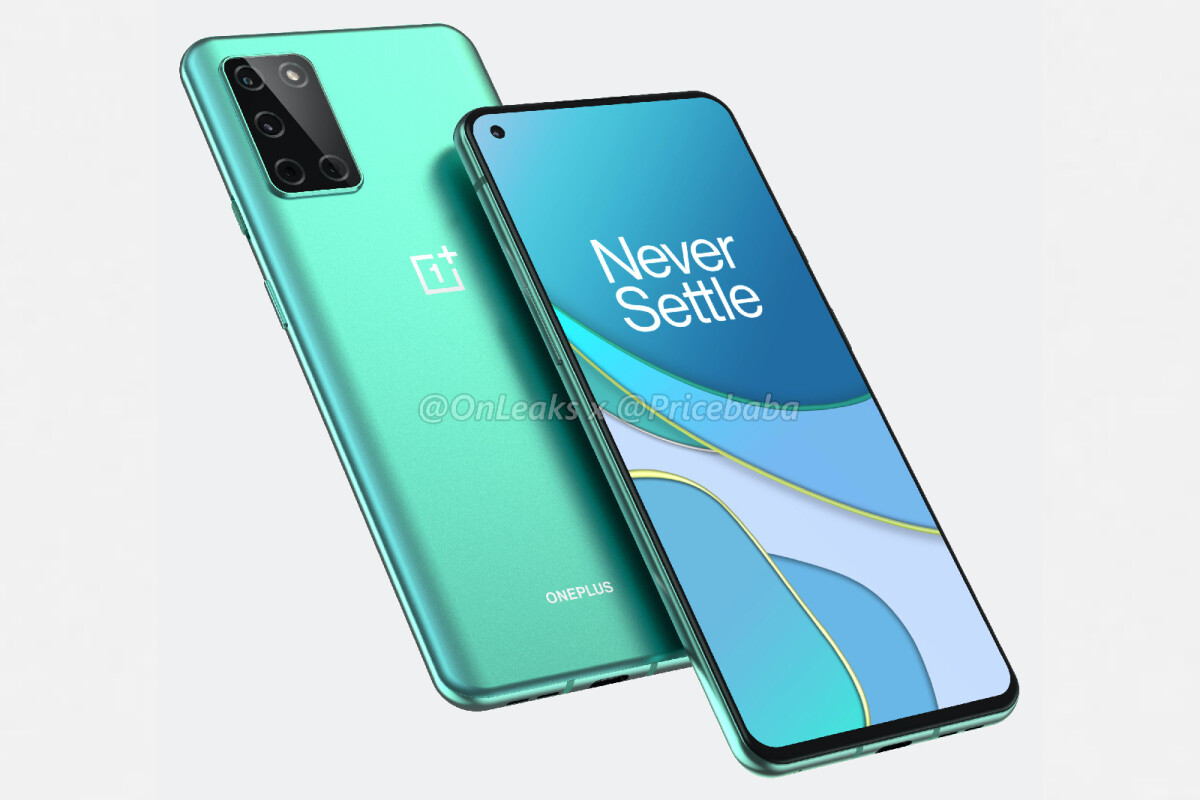 The OnePlus 8T is one of the most anticipated smartphones of 2020. Today thanks to leaker Steve Hemmerstoffer in collaboration with PriceBabathe flagship was fully detailed.

In the footsteps of the OnePlus Nord and not the OnePlus 8, the one follows OnePlus 8T has a flat 6.55-inch display and a small hole in the upper left corner for the selfie camera. The Fluid AMOLED panel is surrounded by extremely thin side panels and an almost uniform forehead and chin. It supports Full HD + resolution and a super-smooth refresh rate of 1

These renderings are based on internal circuit diagrams rather than CAD files, so Steve Hemmerstoffer was unable to provide exact dimensions of the smartphone. Given the similarly sized display and lack of curved edges, it’s likely a bit wider than the OnePlus 8 at 160.2 x 72.9 x 8 mm. Between the front and back is an aluminum frame with an on / off switch and an alert slider on the right, a volume rocker on the left and the USB-C port at the bottom.

There’s also a speaker that will presumably work with the in-ear implementation to create a stereo speaker setup. Unfortunately, OnePlus skipped the old 3.5mm headphone jack.

A new camera module is located on the back

If you turn the smartphone over, you will see a design that was again inspired by the OnePlus Nord. Instead of the usual vertical camera module in the middle, OnePlus opted for one in the upper left corner.

However, to differentiate the two, it has increased in size and now resembles the bump on the Galaxy S20. OnePlus has equipped it with a 48-megapixel main camera, which is believed to have been adopted from the standard model. In addition to a new 2-megapixel depth sensor and an updated 5-megapixel macro camera, there is a 16-megapixel ultra-wide-angle camera, which may also have been borrowed from the OnePlus 8.

The camera department is rounded off by an LED flash on the back and a 32-megapixel selfie camera in the front. The latter was previously used in the OnePlus Nord and replaces the 16 megapixel sensor in the OnePlus 8.

Inside the OnePlus 8T, things get impressive. The Snapdragon 865+, currently the most powerful Qualcomm chipset on the market, supplies the smartphone with power immediately and guarantees 5G network connectivity.

PriceBaba says it comes paired with 8GB of RAM and 128GB of storage by default. MicroSD cards aren’t supported, but if that’s not enough, you’ll be pleased to hear that OnePlus is working on a more expensive 12/256 GB version.

All of this is expected to be accompanied by a 4,500 mAh battery. Instead of settling for the usual 30W warp charge technology, OnePlus is planning a ridiculously fast 65W implementation. Last on the list of features are likely Android 11 and OxygenOS 11, which should be preinstalled on the flagship.