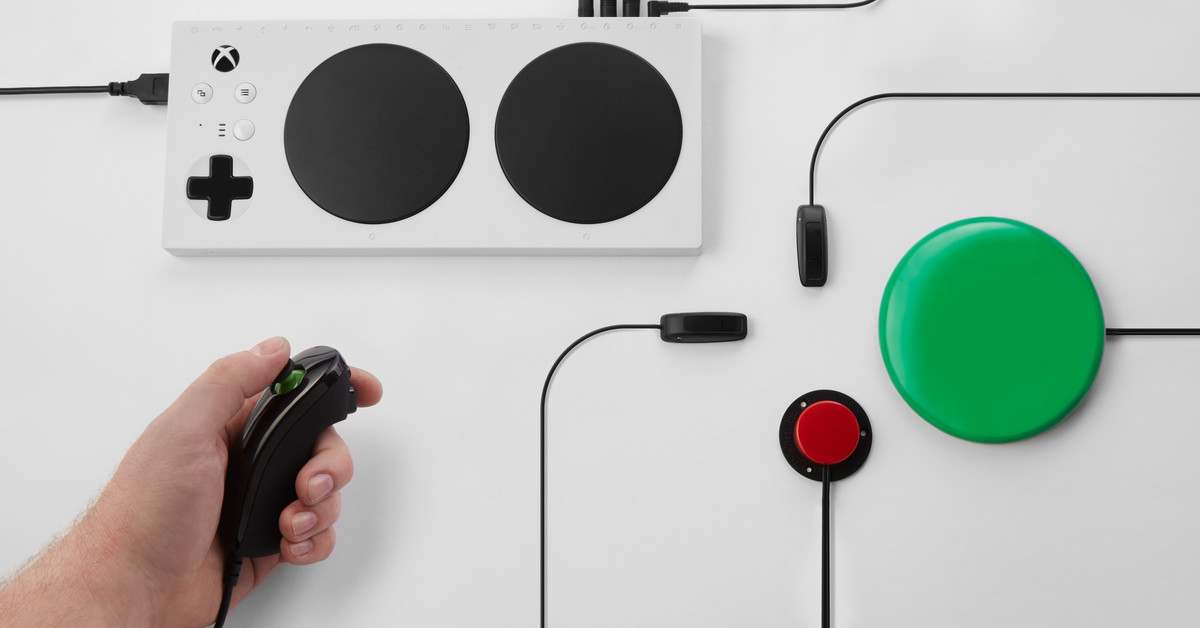 Microsoft announced the Xbox Adaptive Controller, an Xbox controller for people with disabilities. The device was leaked earlier this week. It has two large programmable buttons and 19 jacks that can be connected to a series of joysticks, buttons and switches to allow a larger number of people to play games on Xbox One and Windows 10 PCs.

"I can customize how I can access what I want with the Xbox Adaptive Controller," says Solomon Romney, a Microsoft Store employee born with no fingers on his left hand. "If I want to play a game completely with my feet, I can.I can adjust the controls to my body, my desires, and I can change them at any time.You plug in whatever you want and leave. It could not be easier. "

The focus is on connectivity and customizability, where players are able to create a setup that is tailored to their abilities and needs. It will not be an all-in-one solution for many games, but using peripherals and key-fobing the Xbox at the device level could make the possibilities endless.

The Xbox Adaptive Controller will cost $ 99.99 and will continue to be sold later this year. For more information on the design and development of the device, see Polygon .