Microsoft launches the Family Safety app for Android and iOS 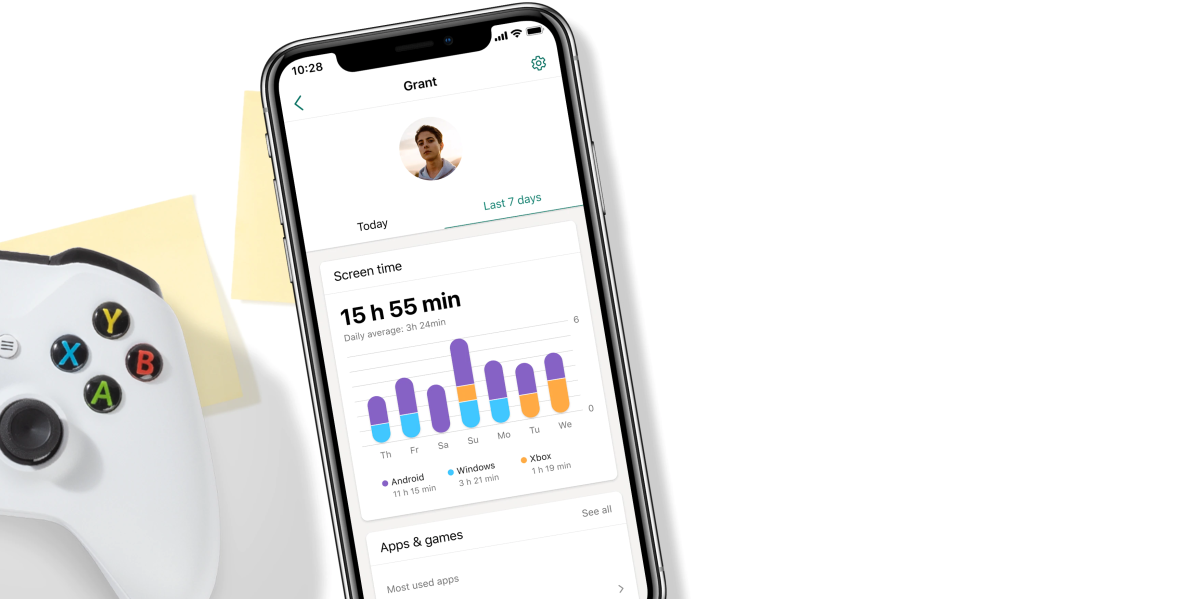 Microsoft has launched its Family Safety app for Android and iOS, which parents can use to manage their children’s app usage and screen time. The company announced the app in March before launching it in limited preview two months later. Today the app is made available to everyone.

The mobile Family Safety app ties in with the wider Family Group platform from Microsoft, which covers both Windows and Xbox. It is designed to give parents more control and control over everything their offspring do online.

The app allows parents to set time limits for specific apps and games on Android, Xbox, and Windows, while parents can set screen time limits for the entire Xbox or Windows computer with a more comprehensive device management feature.

It is worth noting that the iOS incarnation of the app offers slightly fewer functions, since it is not possible to set limits for iPhones or iPads via the Family Safety app. Parents must use the integrated screen time function of Apple devices for this. However, in a recent blog post, Microsoft said that work is currently underway to provide similar “digital security features for iOS to set screen time and content filters on iPhones.”

Elsewhere, the Family Safety app can be used to set up activity monitors so parents can get a comprehensive view of their children’s digital activities on Android, Windows, and Xbox through a weekly email report.

For families using Microsoft’s Edge browser, the Family Safety app can set web and search filters to block certain types of content and add specific domains to a list of blocked websites included in Edge for Windows, Xbox and Android was set.

Finally, an integrated “Family Tracker” enables everyone in a household to share their location and save frequently visited places such as work and school. This also shows each person’s last known location on the map when their phone goes offline.

In the past few months since Microsoft launched Family Safety in Preview, the company has introduced a number of updates and new features, including the ability to block certain apps and other options for parents who respond to screen time requests.

In the coming months, Microsoft announced that it would add some premium features that will be delivered as part of the Microsoft 365 family subscription. In the U.S., UK, Canada and Australia, subscribers have access to a new driver safety feature for those who use their phone behind the wheel. Location notifications allow parents to see when a particular family member arrives or leaves a particular location.

There are countless other tools and services for digital wellbeing, including Google’s own Family Link app for Android. By linking cell phone, desktop browsing and video games, Microsoft Family Safety introduces as a more coherent cross-platform solution to parents’ concerns.