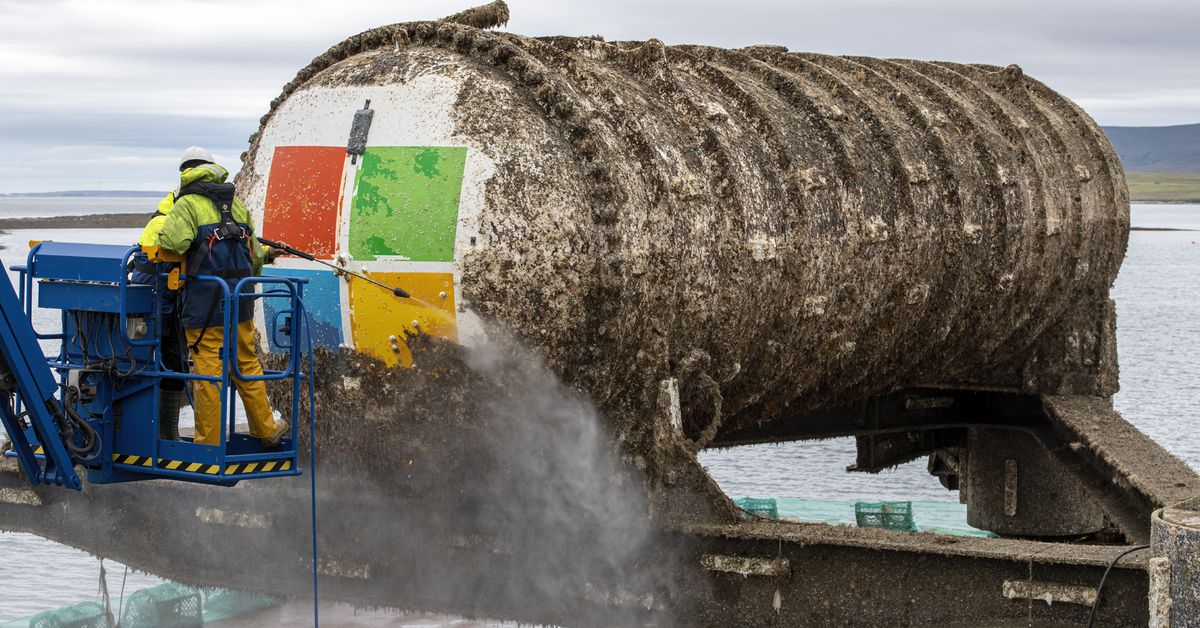 Back in 2018, Microsoft sank an entire data center to the bottom of the Scottish Sea, plunging 864 servers and 27.6 petabytes of storage 117 feet into the ocean. Today the company reported that its latest experiment was a success, revealing results that show the underwater data center idea is actually pretty good.

On the surface it might seem strange to throw an entire data center to the bottom of the ocean, but Microsoft’s Project Natick team hypothesized that the placement would result in more reliable and energy efficient data centers.

On land, data centers encounter problems such as corrosion from oxygen and moisture and controlling temperature drifts. However, there are far fewer problems in a waterproof environment with tight temperature control. The idea is that these types of servers can easily be deployed in large and small sizes near the coasts of areas where they are needed, allowing better local access to cloud-based resources in more locations.

The benefits are great. According to Microsoft, the underwater data center had only one-eighth the failure rate of a land-based data center, a dramatic improvement. This lower failure rate is important because it is much more difficult to maintain a broken server when it is in an airtight container on the ocean floor.

The company has been exploring the idea of ​​submerged servers for some time. In 2015, a data center off the California coast was submerged for several months to see if the computers would even survive the trip. However, this round of testing took much longer to prove that the company can do the job on a practical scale that can be manufactured and manufactured for use in the field.

Next up for Microsoft’s Project Natick team, showing that the servers can easily be removed and recycled at the end of their life.