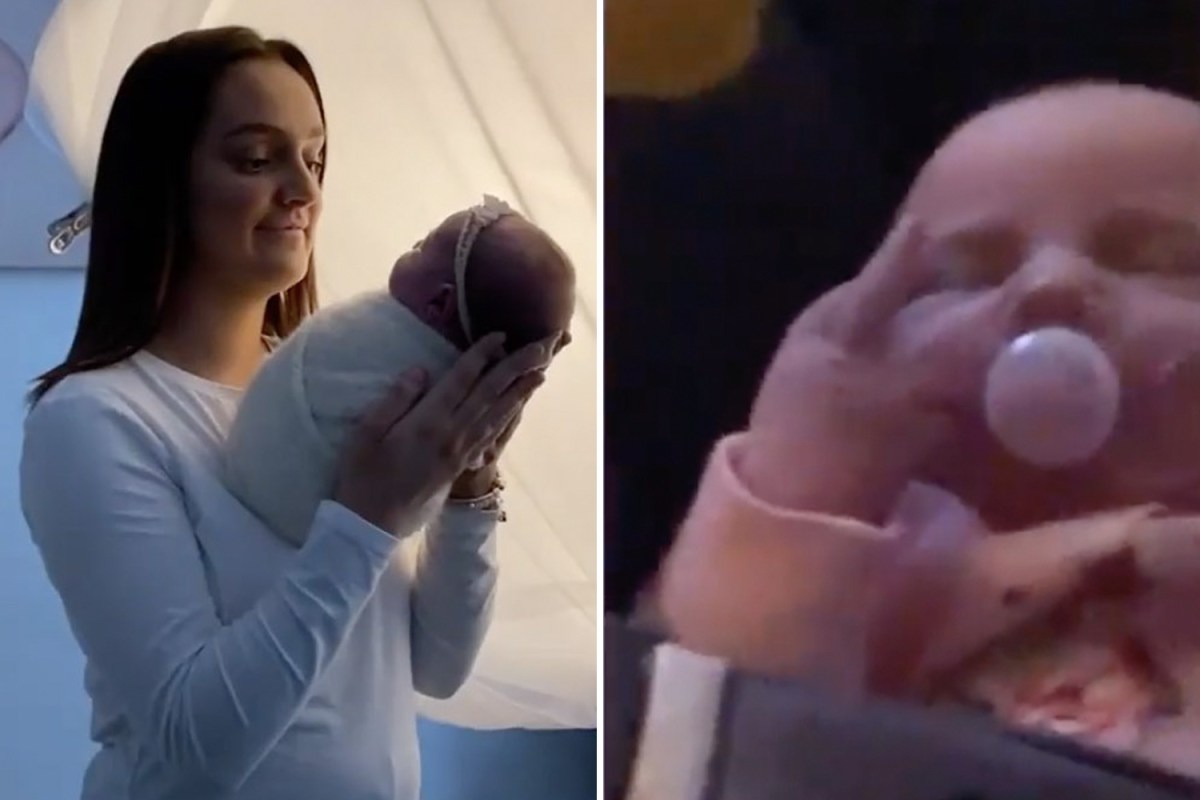 MILLIE Radford was hysterical about a video of her newborn daughter Ophelia that appears to be making a very rude gesture.

The week-old baby, who was born on September 10th, appears to be flicking the bird as she gargles sleepily in the clip.

The first-time mother Millie (19) shared the clip on Instagram yesterday and tagged her sisters Chloe (25) and Sophie (26) and 22-year-old mother Sue.

She asked, “Who taught you how to do this?” followed by the crying with laughing emoji and the sweating emoji.

In the video, Ophelia can be seen doing the V-gesture backwards before lowering her index finger, which leads to a giggle from Millie.

A member of the UK’s largest family can say, “She put up her middle finger!”

Yesterday Millie announced how she got through her first week of motherhood when “everyone (Ophelia) is asleep”.

Unlike Sue’s oldest children, Chris, 31, and Sophie, who have five children between them, Millie still lives in the family home in Morecambe, Lancs.

The mother of five, who lives in a “small” 3-bed, shares her most important organizational tips

This means that Ophelia will grow up with Sue’s youngest Heidie, five months, and other trivialities.

Sue posted a cute picture of the “five generations” of the family earlier this week – hugging both babies.

Millie is no longer with Ophelia’s father.