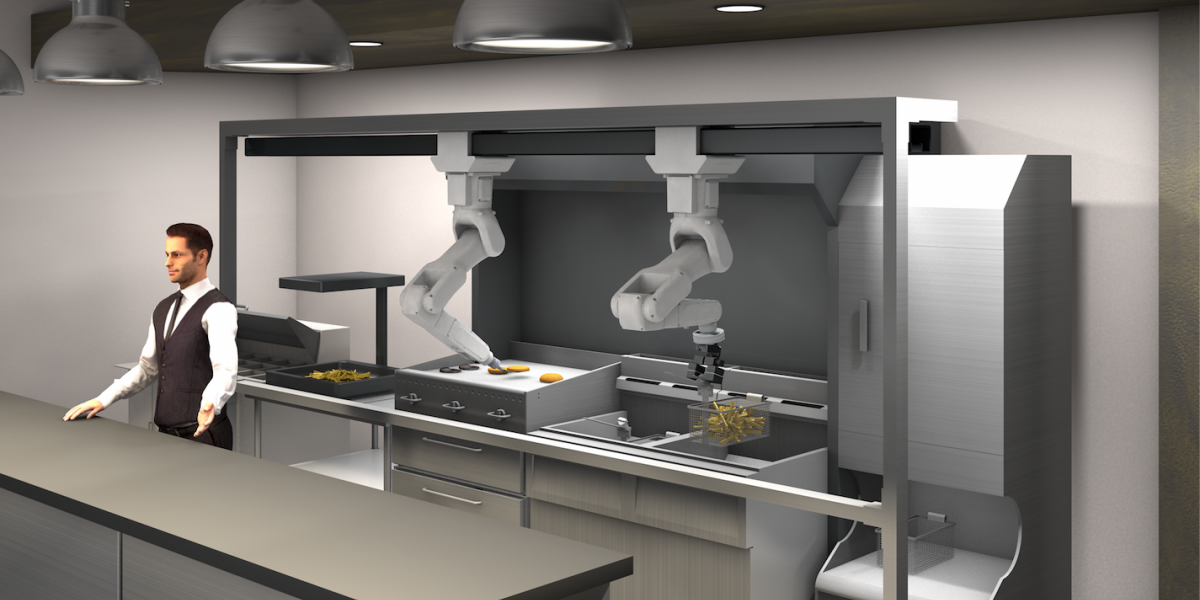 Today is the official launch of Miso Robotics' Series C crowdfunding campaign, which the startup announced in November 2019 in collaboration with Circle's SeedInvest and Wavemaker Labs. After receiving approval from the U.S. Securities and Exchange Commission, Miso collected $ 2.6 million in reservations (with over $ 860,000 in progress) after spending $ 80 million last year before valued the money, with the goal of raising $ 30 million over the next few months.

Miso says Das fresh capital will enable him to further develop his suite of robots for industrial kitchen automation. With the COVID-19 pandemic affecting business in the hospitality segment, the company believes that robots that work with human workers can reduce costs while improving efficiency.

1; sometimes referred to as crowd investing, investment called crowdfunding or crowd equity – enables donors to make a contribution in return for owning a small part of a company. The value of shares rises or falls with the company's assets.

Miso has long claimed that its flagship robot, Flippy – and Flippy's successor, Miso Robot on a Rail (ROAR) – can increase productivity by working with to replace people as opposed to them . ROAR, which is expected to ship commercially around the end of 2020 for around $ 30,000 or half the cost of a single Flippy unit, can be installed on a floor or under a standard kitchen hood so that two stations can work and interact with a cold storage container . On the software side, it benefits from improvements to Miso AI (Miso's cloud-based platform) that extends the number of categories of cookable foods to over a dozen, including chicken tenders, chicken wings, tater tots, french fries and waffle fries, cheese sticks, potato wedges, Corn dogs, popcorn prawns and chicken, and onion rings.

ROAR can use a combination of cameras and security scanners to prepare hundreds of orders per hour, procure frozen foods, and cook without the support of a human team member. It warns nearby staff when orders are ready for delivery, and takes on tasks such as scraping off grills, draining excess frying oil, and skimming off oil between roasts, as it detects items such as baskets and burger patties in real time and supervised. It can also be integrated into point-of-sale systems (via Miso AI) to automatically forward orders and optimize the tasks to be carried out.

Miso said it had "tremendous success" last year, serving more than 15,000 burgers and more, and serving 31,000 pound chicken tenders and trifles. Flippy will soon turn burgers at more than 50 CaliBurger locations worldwide. So far, it has been used at Dodger Stadium in Los Angeles, at Chase Field in Phoenix and at the CaliBurger locations in Pasadena.

More recently, Miso has announced that it will use new tools on its platform in CaliBurger restaurants as part of a pilot project with CaliGroup to improve safety and health standards. In the coming weeks, the company, in collaboration with the payment provider PopID, will install a thermal screening device at a CaliBurger location in Pasadena, which will be attached to doors to measure the body temperature of people trying to enter the restaurant. Miso also says it will also install physical PopID terminals so guests can complete transactions without touching a panel, using cash, or swiping a credit card – all of which can transmit pathogens.

So far, Miso Robotics from Pasadena, California – The team is from Caltech, Cornell, MIT, Carnegie Mellon, the Art Center, and the University of North Carolina at Chapel Hill and has raised approximately $ 15 million from previous rounds of funding Investors including the parent company CaliGroup, MAG Ventures, Acacia Research Corporation and Levy, and OpenTable CTO Joseph Essas. More recently, CaliGroup has made a $ 11 million investment and, in collaboration with Circle & # 39; s SeedInvest and Wavemaker Labs, has started a $ 30 million crowdfunding round for stocks.

Sign up for Funding Weekly to start your week with VB's top funding stories.