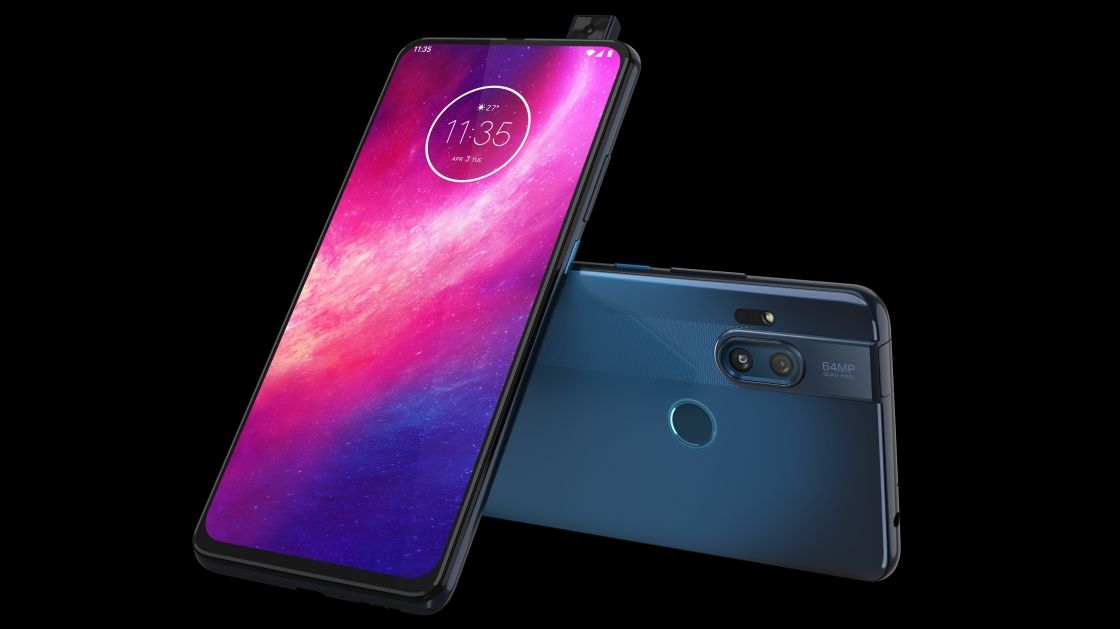 Both lenses offer good low-light performance and are not the only highlights of the Motorola One Hyper, as it also has a 6.5-inch LCD screen with 1080 x 2340 pixels and 395 pixels per inch. And thanks to the use of a pop-up selfie camera, you get an almost entirely frontal screen.

The battery is also noteworthy, as it has a remarkable capacity of 4,000 mAh and also supports 45 W Hyper-Charging. That's apparently fast enough to get 75% of a full charge in just 30 minutes.

Other specs and features include a secondary 8MP wide-angle lens on the back, a Snapdragon 675 midrange chipset, 4GB of RAM, 128GB of storage, a microSD card slot , Android 10 and a fingerprint scanner.

The biggest indication that this is not a high quality phone – despite some of its specifications – is that it is clad in plastic, though it has at least a water repellent design. There is also a notification light on the back.