MSI’s Summit series appears to be made for the boardroom 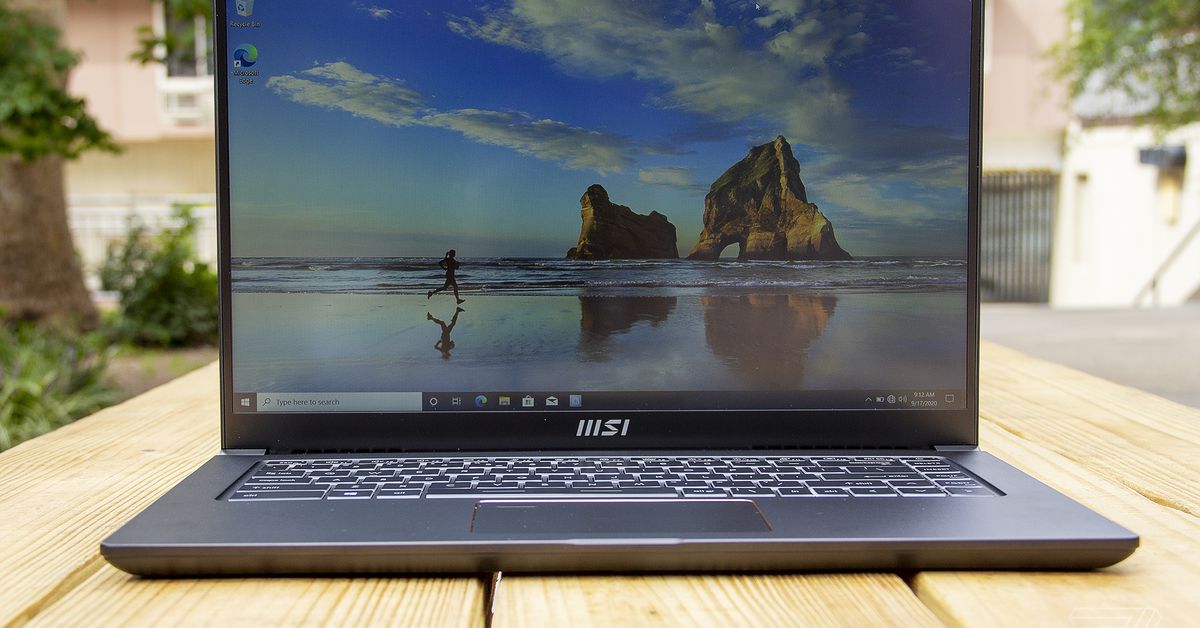 For the past week, I’ve been using a preproduction unit from MSI’s Summit E15 that is slated to be released later this year. It’s part of the Summit series, MSI’s first attempt to break into the premium business laptop space.

It’s not the easiest market to break into. Employees and businesses have a range of portable, durable, and highly regarded options to choose from, from the Dell Latitudes and Lenovo’s massive heap of ThinkPads to beautiful high-end devices like the MacBook Pro and the HP Elite Dragonfly.

5, but they will be between $ 1,699 and $ 1,899. That puts the product somewhere in the middle. It’s more expensive than many popular consumer laptops, but it still targets the lower end of the premium business notebook. Devices like the ThinkPad X1 Carbon, HP Elite Dragonfly, and Macbook Pro 16 can cost over $ 2,000 in their highest spec configurations.

While MSI still has a few issues to solve, I can say the E15 isn’t quite the dragonfly when it comes to build quality. But it is certainly a well-made and attractive device that is easy to carry around the office.

There is certainly no danger of confusing the Summit series with the Modern line from MSI – it has the slim and subtle feel of a premium business notebook, similar to the EliteBooks from HP. The body is made of aluminum and the finish (MSI calls it “Indian ink”) has a smooth and comfortable texture. I was skeptical at first when MSI was promoting “military grade durability,” but it definitely feels durable. There is no flex in the lid and very little in the keyboard.

That’s a good sign for a device this size – it’s 3.94 pounds (but it feels lighter) and 0.67 inches thick. Carrying around the house with a stack of papers or shoving them into a filled briefcase for the way is no problem at all.

The design has some nice details. On the lid, you’ll see the shiny new MSI logo. It’s minimalist and modern and definitely better for a boardroom than a kite and shield (the company’s usual trademark). The backlit keyboard is subtle but looks great on the black deck.

The keyboard itself feels a bit flat, although according to MSI it has 1.5 mm of key travel. It has a decent click and isn’t too loud for an office environment. I also like the cipher script, which is friendly and easy to read. There are a few helpful hotkeys, including one that cuts off the webcam, one called “Flip-N-Share” that turns the screen upside down when the laptop is laid flat, and one that the MSI Center for Business and Productivity where you are can adjust various performance settings.

The touchpad is my least favorite part of the case. It’s easy to squeeze, but the material and the click both feel a bit plastic. It also became frustratingly unresponsive and occasionally stopped working altogether. That’s another thing MSI assures me that it will be fixed before mass production.

And the other thing that is a bit annoying is the 2W speakers. They are just not very loud. I’ve done a couple of Zoom meetings on the E15, and even at high volume, I struggled to hear the sound when there was literally noises around me (such as an air conditioner or a dog barking). If you are a remote worker this is something to consider.

Inside the E15 you will find Intel’s new 11th generation Tiger Lake processors. My configuration came with a quad core Core i7-1185G7, the top end of this line, (as well as 16 GB of RAM, 1 TB of storage, and a GTX 1650 Ti Max-Q GPU). You can choose a UHD 4K display that MSI says covers 100 percent of the Adobe RGB color space, an FHD touchscreen, or an FHD non-touch display (which my model has). It comes with an 82 Wh four-cell battery and a 90 W USB-C charger. The port selection is excellent, including two Thunderbolt 4 USB-C ports that support power and DP1.4a, two USB 3.2 Gen 2 ports, one HDMI, one microSD and one combo audio jack.

Security is an important element of business laptops, and MSI promotes a number of features. The Summit series is equipped with TPM 2.0 security chips and Windows Hello authentication for face and fingerprint. You can lock the USB ports and the SD slot. There is an LED next to the webcam that indicates whether it is on or off, which worked as advertised. (There are also LEDs on the keyboard letting you know if the ports are locked, the speakers are muted, and the microphone is on or off. These didn’t work on my device, but MSI says it will fix this for the device final Publication.)

As far as software is concerned, you can set a BIOS password that will be required at startup or when entering BIOS settings. And in the future, the systems will support Intel’s vPro platform, which offers additional security and management functions. Expect this model sometime after the first quarter of 2021.

MSI’s drivers have not yet been finalized, and the company states that the performance of this device will not be comparable to actual performance. So later this year I can let you know how well all of these things will work when the final session is done.

Until then, I’m optimistic about the Summit series, provided MSI can iron out the issues that are encountered. It doesn’t feel quite like a MacBook Pro or an HP Elite Dragonfly, but it’s definitely well built and seems on its way to becoming a competitive option in the business laptop space. I will probably be reviewing the device in the next few months. Please let me know in the comments what questions you have and what you would like to hear about.

Photography by Monica Chin / The Verge