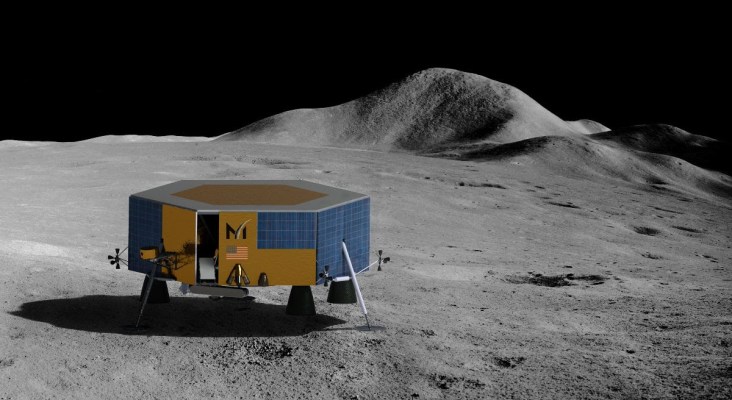 NASA selected a new lunar surface delivery partner from its list of commercial lunar payload service providers (CLPS) to actually transport things on its behalf – Mojaves Masten Space Systems, which the agency operated for eight Payloads, including non-scientific and technical instruments, will be used to the south pole of the moon in 2022.

Masten is the fourth company to receive a moon delivery contract under CLPS after NASA announced that three more companies would be in May to be commissioned to take back payloads. 2019. This included astrobotic and intuitive machines as well as Orbit Beyond. Orbit Beyond later canceled his contract, although Astrobotic and Intuitive Machines are still aiming to deliver their payloads to countries they created sometime next year.

The new mast contract, like the others in the CLOPS program, is part of NASA's Artemis program, which seeks to bring humans back to the surface of the moon and to establish permanent scientific research there, with the aim of establishing it as Use a springboard to bring people to Mars and possibly beyond. NASA has focused on public-private partnerships, such as those established under the CLPS program, to help them accomplish their lunar and Mars missions and bring commercial interests to the journey.

Masten's contract is a $ 75.9 million award that defines the end-to-end delevirey of payloads and their integration into the company's XL-1

countries. You must also land on the moon and operate at least 12 days after landing. Specific instruments that XL-1 will carry include tools to measure and map the lunar surface temperature, radiation, and the presence of hydrogen and other gases that may indicate the presence of water.

The XL-1 Lander was developed by Masten is a further development of the Lander designs that participated in and won the 2009 NASA Centennial Northrop Grumman Lunar Lander X-Prize Challenge . Masten has also developed and flown a number of VTVL (Vertical Take Off, Vertical Landing) missiles on behalf of NASA, including the Xaero test vehicle.